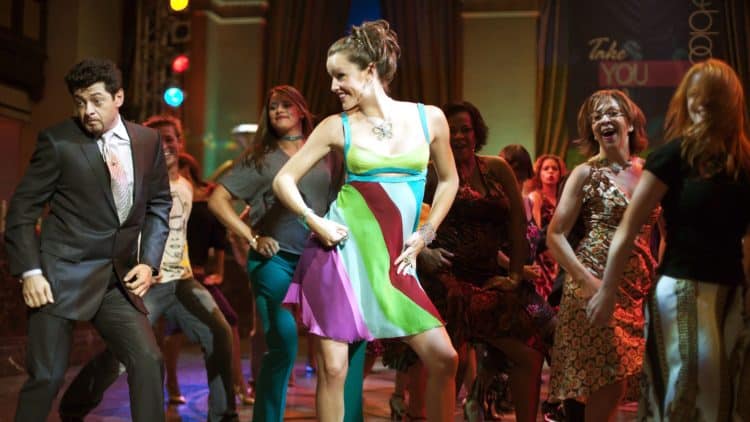 One of the most memorable romantic comedies of the early 2000’s was 13 Going on 30. The story follows Jenna Rink, portrayed by Jennifer Garner (Alias), who travels through time after her 13-year-old self wished to be 30-years-old to get past the humiliation of her classmates on her birthday. Her wish is granted with the help of some magic dust, and she wakes up as a successful 30-year-old career woman. The film is still being talked about up to this day, partly because of the iconic scenes and memorable one-liners, but also because of the issues it covered. There’s always something new to discover, no matter how many times you watch this romantic comedy. It certainly packs a punch, and will be enjoyed by the generations to come. Here are five life lessons we learned from the film after re-watching it as an adult:

The main issue in the film revolved around Jenna wanting to escape the catty teenage world, and jump right straight to her 30’s. From a young adult’s perspective, being a full-fledged adult, having your freedom, and earning your own income may seem appealing, but the truth is there is nothing more than most adults would want than to go back to their carefree childhood days. Cherish all your childhood memories, as it only comes once in a lifetime. Keep in mind that growing up should feel more like a marathon, and not a sprint. Take your time to enjoy the joys of youth before life’s responsibilities start piling up. One day you’ll look back, and miss the good old days!

4. Do not allow others to take advantage of you

Jenna was bullied in school because she wanted so badly to fit in with the popular girls. She even had to go with drastic measures, such as doing their schoolwork for a shot at belongingness. Trying too hard, and allowing others to take advantage of your goodness should never be an option. Teenagers often fall into the trap of going through leaps and bounds to be part of the cool group, only to realize that genuine happiness does not go hand-in-hand with popularity. Trying to get others’ approval in everything you do is tiring and pointless. Do more things that make you happy, and don’t mind the mindless chatter.

3. Having one real friend is better than having a hundred fake friends

One of the highlights of the film revolved around the friendship of Jenna and Matty, portrayed by Mark Ruffalo (The Avengers). The two were inseparable until Jenna got lured by joining the popular clique in school. When Jenna magically transformed in a 30-year-old, her first instinct was to find Matty, only to realize that they have grown apart through the years. Her adult-self on the other hand, remained to be close with Lucy Wyman, portrayed by Judy Greer (Ant-Man), one of the girls in the popular group. This may have made a 13-year-old Jenna elated, but as time passed, Jenna only realized how valuable Matty was to her. This only goes to show how quality over quantity also applies to friendships. It’s so much better to have just one genuine friend in your life who you can always count on than countless of fake friends who are just there for you during the happy times in your life.

2. Be loyal to the people who have always had your back

Jenna learned all about the importance of loyalty the hard way. She lost Matty’s friendship after her childish ways and mindset got the best of her, and she experienced betrayal from Lucy, after she used dirty tactics to steal the job position Jenna was supposed to receive. As the saying goes, old habits die hard. Fortunately, Jenna was able to salvage her relationship with Matty, and cut ties with Lucy. She finally realized who really mattered in her life, and how dealing with toxic people is not worth her time. Always remember the people who are consistently there for you in the ups and downs of life, and continue to nurture your bond with them. Good friends are hard to find, so once you’ve found your “person”, really make an effort to keep them in your life.

1. Always be the bigger person

Integrity is all about doing the right thing even if no one is watching. This is not always easy to do the right thing, especially when you don’t really get to benefit from it. Jenna’s magical transformation to her adult-self served as an eye opener. She realized that she did not like the superficial and thoughtless person she has become. Just like any romantic comedy, the film ended on a high note, in which Jenna got the chance to make it right, and turn things around. She was able to go back to her 13-year-old self and change the narrative of her story. Winning in life does not have to be at the expense of others. Self-fulfillment and peace of mind comes hand-in-hand with doing what is right, no matter how hard it can be.