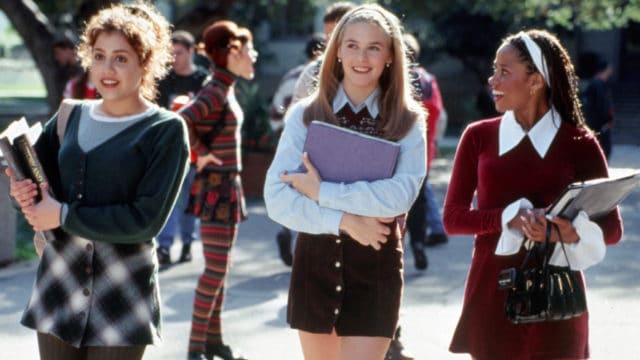 Movies can start fashion trends. It’s been known for a long time that what people see in movies they will want to buy for themselves and wear out in public. It’s an affirmation of sorts that they know what’s trendy and what is bound to be popular for a while. Some people buck against this kind of trend and claim that it shows a very shallow mind to follow another person no matter if they’re rich and famous, but a lot of people simply do it because they want to look as cool as the people in the movies. Personally some fashion trends aren’t all that bad but others make little sense considering that they go out of style as quickly as they came in. But then again, it’s all in the eye of the beholder, and what they consider to be high fashion.

If you can’t be comfortable in your own skin though a bit of fashion is only going to help so much.

Annie Hall was an important addition in the fashion sense department since she mixed and matched men’s clothing with women’s clothes, making a new look and a new type of attitude that kind of spilled over and became what we have today. It’s a decent look really, I think. Why shouldn’t women be able to wear pants, or shirts and ties? After all if it fits and it makes you feel good…..that opens up a lot for interpretation but it’s still what I think.

Ray Bans have been a favorite brand of sunglasses for a while but they must have had a banner year when Tom Cruise a pair of his own in Risky Business. Suddenly people didn’t have eyes anymore, just big, dark lenses that hid their different-colored orbs away from the public at large no matter if it was day or night. Seriously, some folks wear these things at night and are completely okay with it.

This fashion trend didn’t and did last a little while depending on who you talk to. Lydia Deetz was everyone’s favorite Goth girl when this movie came out since she was innocent but she was still filled with so much apathy that she kind of personified what it was to be Goth in that time. Whether you agree or not a lot of fashion designs came off of her character in this movie.

This was one of the biggest, most popular looks of the 80’s to ever hit the scene. Madonna was already a big icon when it came to her music, but when it came to her fashion she inspired a great number of women to start wearing multiple necklaces and tie their hair back in a big, frizzy mess that was supposed to look cool but on some women ended up looking like a modified rat’s nest.

Almost every other girl wanted to be like Cher in this film. She had the fashion sense, the outfits, and about the only thing she knew anything about were the designers that created each and every one of her outfits.

Of course, movies still tend to dictate what’s fashionable and what’s not.