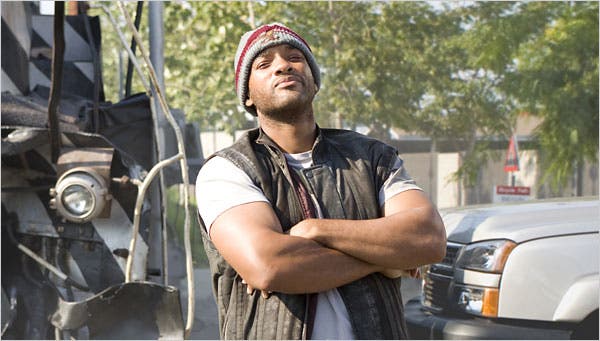 You’ve been there, enjoying a movie, thinking that you’re about to see a reveal that’s going to blow your mind and rock the foundations of knowledge you’d built up about the movie, and then…nothing. The twist that comes is enough to make your jaw drop and your heart sinks since it feels so insane that it’s a slap in the face, a bucket of ice water to the senses, and even possibly a kick in the…well, you get it. The crazy plot twists that come along to ruin a good movie are kind of a disservice to the fan even if the director and producer think that they’re needed, since to the fans, a good story will tell itself and it doesn’t tend to need a twist to take it off in a direction that people weren’t expecting. Granted, some people might like these twists and they might even decide that they’re needed within the movie, but overall they either don’t make sense or tend to ruin what might have been a great story otherwise. Opinions do vary of course, but all in all, it’s hard to say that any of the twists mentioned below were really that effective.

The movie starts out creepy enough, a group of strangers is drawn to a hotel in the middle of nowhere under different circumstances, and the setting is useful in how it keeps the tensions high and the various characters apart from one another. There are plenty of questions that need answering throughout the movie, and some that get an answer as people saw, but once the twist is delivered it’s a bit of a letdown to think that the entire movie is happening inside someone’s head, and that one by one his multiple personalities are being ‘killed off’ as his psychiatrist encourages them to interact.

The first twist is that the monsters aren’t real, and are basically bodysuits being worn by the village elders to keep the people within their borders and too frightened to leave their village. The next twist comes when the audience learns exactly why they don’t want anyone leaving, since not only is the village a literal refuge of sorts, it’s currently existing within the modern era, which is found out near the end of the movie when we’re shown Ivy interacts with the park ranger and obtains the medicine she needs to save Lucius’ life. The questions that come after that tend to multiply in a big way.

Out of all of Stephen King’s endings, THIS is the one that had to be messed with when the original ending was actually far better. It was open-ended, it was easy, and it was actually kind of frightening since the army hadn’t rolled in to save the day. There was a bit of hope still out there, but it was the kind of hope that one keeps in order to stay sane, not necessarily because it might lead anywhere. The ending to this movie was far darker than King’s ending since it left a concrete feeling that the world we know is somehow absolute and there’s no way that it could be wiped off the map that easily.

There are a couple of twists in this movie that were less than satisfying, the first being that Ras Al Ghul’s daughter was the one plotting behind the scenes and that Bane was more or less her protector and her instrument of justice, and the idea that Alfred saw Bruce and Selena while on vacation. The latter kind of negates the heroic sacrifice made by Batman during the movie, while the former just came way too late to be impressive. People want to believe that Christopher Nolan is as close to perfect as perfect can be in the movies, but they tend to forget that even the most skilled directors can make a mistake in their timing now and again. That kind of feels like it might have happened in this movie.

Hancock was kind of a hard movie to really get into at first since it appeared to be a hero movie where the hero was anything but heroic even if he was trying to do the right thing. But once it was established that he would get weaker because he was in the same vicinity as another immortal, who just happened to be his wife a long time ago, he would get weaker. That kind of cut into the idea of who Hancock was and emasculated it in a big way, thereby ruining the whole idea of who he was and making it clear that his story was more of a sordid love tale than a hero’s journey of sorts.

A twist can be fun, but it can be a real pain in the neck too.