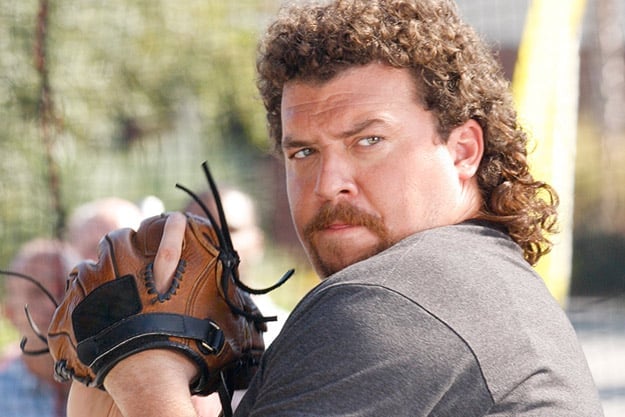 In the spring of 2009, HBO aired a new comedy produced by Will Farrell and Adam McKay called Eastbound and Down – and with it, a cultural landmark was born in the form of its star, Kenny Powers. Vulgar, hilarious, and completely outlandish for the entirety of its four-season run, many remember Eastbound and Down for a few signature things: KP’s dialogue, Will Farrell’s cameos, and a whole lot of cursing and drugs, a comedy that shrouded itself in the darkness of self-loathing and addiction. It’s also remembered as a show that declined in quality through its four seasons as it traveled from South Carolina to Mexico, and then back (with a stop at Myrtle Beach in-between), giving the show an unfortunate pair of legacies: an over-quoted comedy, or a disappointing character piece.

However, to dismiss Eastbound and Down as either would be a grave mistake: at its heart, Eastbound and Down is a mediation on masculinity, a deep exploration of what causes mid-life crises, and a symbolically-rich journey about someone becoming whole again (by coming home, an important philosophic component of the sport of baseball I’ve written about before). Stained with cocaine residue and littered with the various expletives Kenny let stream from his mouth, Eastbound and Down was Homer’s Odyssey in reverse, a complete deconstruction of the icon that was Kenny Powers – and given the characterization of Kenny throughout the series, a contemplation on America’s obsession with anger and failure. Sure, the show layered in things like goofy love stories (we miss you, April!) and hilariously put-upon side characters (like Principal Cutler, or Kenny’s “best friend” Stevie, often the show’s hub for ridiculous, over-the-top stories), but at the center of it all was a very, very somber look at what it means to be a man – and more importantly, how so many never grow up to be one (look at some of the show’s ancillary male characters, whose immaturity reigns paramount over their character: Ashley, Shane, Clegg, Reg… the list goes on and on). 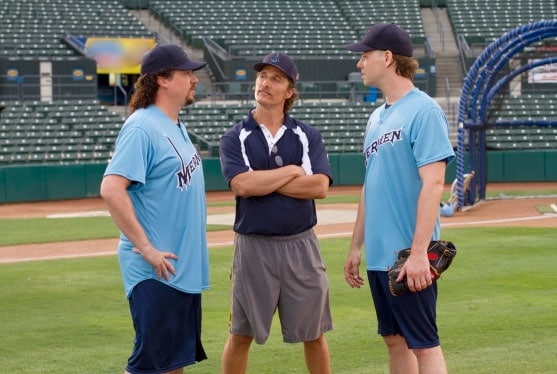 Each season of the show took a different look at Kenny’s mid-life crisis: where season one forces Kenny to check his pride and face the greatest failures of his adult life, season two removes Kenny from his home (again, the baseball metaphor takes hold) and sends him on a disillusioned journey through Mexico, where he learns you really only get one family in life, no matter how terrible it may be. Season three, while regurgitating some of season one’s lessons about humility and personal growth, was Kenny earning his chance at redemption in season four, a journey catalyzed by his final baseball game in “Chapter 21” – having finally conquered the professional demons haunting him, Kenny could let go of who he was and become the man he was meant to be.

The show’s fourth season  – a season that Danny McBride, McKay, and company never planned to write – remains one of the most pleasant surprises in recent television history, relocating Kenny back home (there it is again) and presenting him as a man without purpose, who’d lost his place in the world without the one thing he’d let define him. And although the final season has its problematic spots, it ends up as arguably the show’s most important eight episodes that truly complete the journey of Kenny from star to human being, from super hero to family man, the complete opposite of the story most big-budget movies (and now, no less than eight television shows) want to tell us. How does one man go from being extraordinary to ordinary, and be able to live with himself? Though it doesn’t always find the right beats to hit with these ideas in the final eight episodes, season four remains an impressive, ambitious look at the struggles of ‘letting go’.

For some, Eastbound and Down will always be a comedy full of redneck/Mexican/cocaine jokes, a series of disturbingly quotable musings and broad cultural reflections on America. However, it should be remembered as something much more cinematic and emotionally resonant, an accomplishment of symbolically-rich (and often downright hilarious) writing that, despite its flaws and indulgent tendencies (which in some parts of seasons two and three, are huge), remains one of the most ambitiously existential character pieces of television’s modern age.