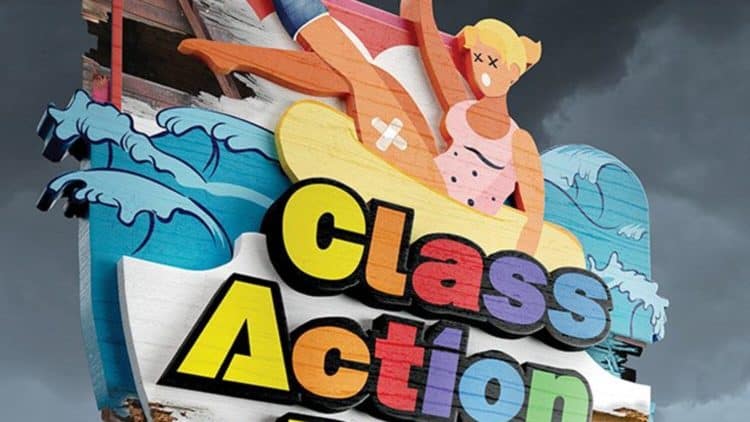 Any time a water park has an accident it’s usually time to shut down a ride or at least a significant portion of the park and assess the damage and what needs to be done to fix it. Class Action Park is taking a look at the infamous Action Park of the 1980s that sent hundreds of people to the hospital or flat out killed them in one way or another due to limited safety regulations and a great number of attractions that would have been safe enough had such regulations been met and if the different attractions been a part of separate parks. Any water park that sells alcohol is going to be seen as a rather bad idea since alcohol and water sports are a bad combination to start with. But packing in as many other attractions as can be had in a space is just a recipe for disaster that Eugene Mulvihill likely saw coming, even if he didn’t care. What he was worried about was his profits most likely, but it’s kind of hard to turn a profit when one is having to deal with complaints that come from people being injured or killed on the various attractions that are offered. Plus, an amusement park is great fun, a water park is great fun, but putting them together is a bit hazardous since the regulations that are required for each is a lot for anyone to deal with.

The park also kept adding attractions rather than tearing down old ones to make room for new sites. In a big way, this feels as though Eugene was attempting to build up and up without taking a look around and what was happening to the rest of the park. How this park managed to stay open until 1996 is amazing since it means that people either didn’t care enough that there were people dying or being seriously injured during their time at the park, or they knew about it and didn’t think it was much of an issue. How that could happen is kind of scary really since it would mean that people didn’t care about the lives of others that much, at least not until the same thing started happening to them or someone they knew. Of course, that’s not much of a surprise to a lot of people, but the fact that it was a business that was doing this and that enough people didn’t come forward until a loss of life and bodily injury were involved is kind of disturbing. The HBO Max presentation of Class Action Park is going to show just what the park was like from the 80s to the 90s and how it was allowed to stay in business for so long. It’s easy to imagine what might happen to a lot of amusement parks in this day and age if people were routinely being hurt during a ride or because of something that happened in an attraction. Seriously, how do you sustain any kind of injury or danger in a wave pool? A lack of lifeguards, or knowledgeable lifeguards, would certainly do the trick, but the lawsuits that might come from this type of negligence would have to be massive and capable of putting the park out of business in a heartbeat.

There’s no doubt that a lot of the accounts given are going to be somewhat horrific since people aren’t bound to reminisce about this place from a place of pure happiness and joy. Some might remember the spot as a fun place where they could unwind and have a good time, but with so many reports of injuries and the reputation the park gained as a result it’s not hard to think that people are going to be roasting the park yet again. The fact is that the park suffered from a LOT of negligence. The average employee was underage and didn’t care enough about the job to be safe or even attentive, the rides were often cheaply made and not maintained as they should have been, and yet the number of fines that Action Park received was very low in the long-run. This kind of suggests that there was at least some hint of corruption going on, as a park with this many problems should have been shut down a long time before it actually was and retrofitted so as to be safe and secure. But then that might have cut into the profits that those running the park were depending on. Why pay more for safety when people kept coming back despite the mounting number of injuries after all?

It’s more than a little disturbing, to be honest, but the documentary should shine a huge light on how the park was run and why it was destined to fail.