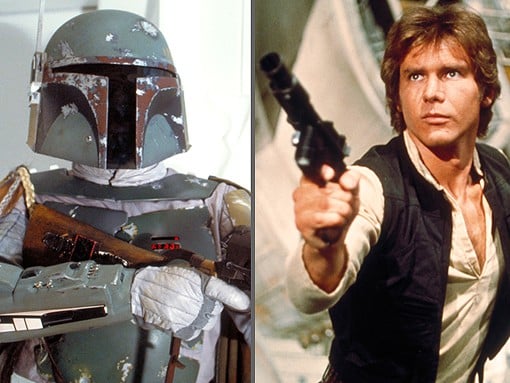 A standalone Boba Fett movie has been announced for some time. However, there were some serious doubts about whether the movie would ever get made because the initial director Josh Trank was fired over Fantastic Four. Some sources have claimed that Trank was fired because of his poor behavior on the set for the movie, whereas other sources have claimed that the movie’s poor performance at the box office was the primary factor. Whatever the case, the firing of Trank as well as a prolonged lack of news put the Boba Fett movie into something of a limbo, so much so that a lot of people suspected that it had been cancelled with no fanfare whatsoever.

However, it seems that those suspicions were premature, as shown by the rumor that Simon Kinberg has been brought on to contribute to the development of the Boba Fett movie. For those who are unfamiliar with his name, Kinberg might be best-known for his role as the producer of the X-Men movies as well as the person in charge of the upcoming Dark Phoenix. Furthermore, it is important to note that Kinberg can claim a fair amount of Star Wars expertise and experience, seeing as he was a creator, a writer, and an executive producer for Star Wars Rebels. As a result, while Kinberg is rumored to be a writer for the Boba Fett movie at the moment, it seems possible that he might be chosen to serve as its director as well should Dark Phoenix prove to be a commercial success. Regardless, it seems that there is new life in the Boba Fett movie, which is perhaps unsurprising considering the character’s role for the Star Wars fandom.

Why So Many Standalone Star Wars Films?

Besides the Boba Fett movie, there are a number of other standalone movies in the Star Wars franchise under Disney’s ownership. For example, there was Rogue One, which covered the story of how the Rebel Alliance secured the plans for the Death Star, thus enabling them to become a true rival to the Galactic Empire by blowing it up in Episode IV. Furthermore, Solo: A Star Wars Story is expected to come out in the first half of 2018, which is as its name suggests, a standalone movie that will focus on some of Han Solo’s pre-Episode IV adventures. Finally, an Obi-Wan Kenobi movie was confirmed not so long ago, though it remains to be seen when that will be released because no real information has been released so far.

Some people might be curious why there are so many standalone Star Wars movies being developed at the moment. If so, it seems probable that this is because Disney wants to make sure that Star Wars movies will be coming out on a regular basis, thus ensuring a regular stream of revenues. As a result, they need more than just the trilogies, which run a serious risk of creating viewer fatigue when produced in too short a succession. In contrast, standalone movies can explore a wider range of characters with a wider range of stories, thus making them an excellent way to fill the desire for more Star Wars movies without putting the franchise’s bread and butter at risk in the process.