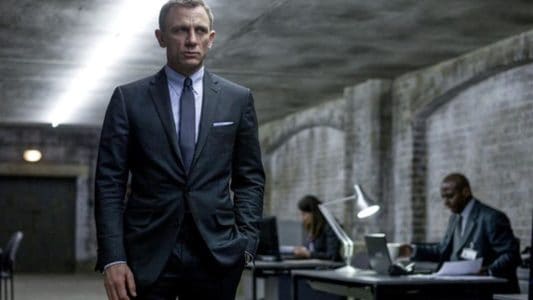 We’ve all heard her sing at least once in our lives at this point. Whether it was in concert, on TV, or during a movie that you heard her voice there’s no denying that it has a quality that can either soothe your nerves or set them to ringing with adrenaline as she belts out one sultry note after another. It was in 2006 that she really started establishing herself as a musical presence and first busted into the industry, and ever since she’s been wowing people with her talent and the continuance of an A-list musical career. Many of her hits have become tied to pop culture in a way that won’t soon be forgotten.

Any Bond film is bound to have someone that can sing, and Adele more than anyone will fit the bill for the kind of music that is needed for such a movie. Despite not being an actual Bond girl she has all the right moves, the sound, and the attitude within the song to be perfect for this particular venue and proves it with her killer vocals.

4. Dancing With The Stars – Rolling In The Deep

I wonder if it’s harder to sing to a live performance or if there’s any real difference? The sound quality would be a lot different than it might for a recording obviously so I would only think that perhaps this would throw a dancer off just a bit when they were getting ready to shift from one movement to another. It’s interesting to think about but it might not make much, if any, difference.

3. The Tonight Show with Jimmy Fallon and Roots – Hello

This is impressive to be completely honest. The fact that they’ve rehearsed it at least once or twice is obvious but the overall effect is still so great that like me you might watch this with a big grin on your face just because it’s so amusing and so infectious when the other instruments are added in. This kind of music can make you want to get up and dance any time.

The Carpool Karaoke is pretty fun to be honest and it’s something that the stars don’t seem to mind doing since it’s to their own songs. That would make it pretty easy to accomplish, not to mention it just looks like a good time. I wonder if people that are around while they’re doing this take note and try to sing along or groove with the music. That would be kind of cool.

1. The Royal Albert Hall – Set Fire To The Rain

When it comes to pop culture and how a musical celebrity affects people with their songs it’s usually best to just go to a concert and see for yourself. If you’ve ever been to a concert, any concert, you know that the sound quality is nowhere near the same as it is on CD or in any other form, but the feeling you get just by being there is so much stronger.

Adele is one of the rare gems when it comes to the music industry, and it’s easy to hope that she’ll be around for some time to come.