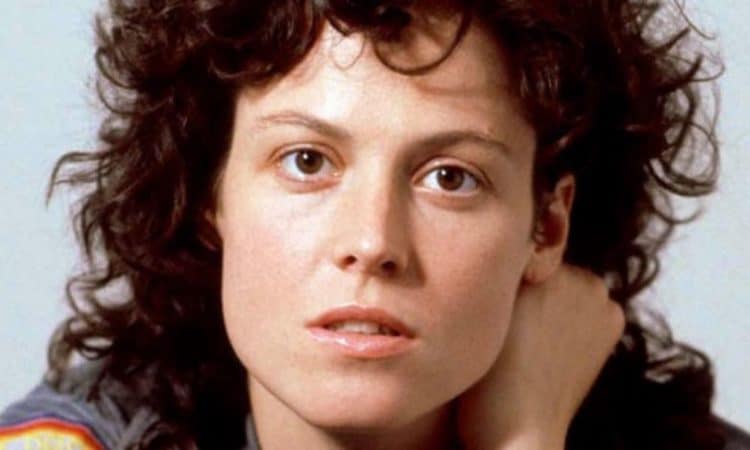 Not every woman on this was technically a hero in the traditional sense considering that they might not have been active combatants, but they were still involved in the story in some way and managed to do their part. Not every hero wears a costume and is super-tough after all, especially since the definition of the word hero gets tossed around too often to really have that much meaning any longer. Some might disagree since the whole idea of being a hero is being someone that is selfless and does for others. But the fact is that a lot of people are only human and aren’t about to resort to heroics to get ahead in the world. Sometimes the heroics that we see are very muted and in some cases, very suspect since they don’t conform entirely to the idea that people have when they think of the term ‘hero’.

With that in mind, here are some of the greatest female heroes from several 80s movies.

So yes, she wasn’t exactly a combatant, but a journalist has to have nerves of steel more often than not and can’t simply look away considering that they need to be invested in the story they’re attempting to tell. In that vein, Vicki Vale is a bit heroic, not to mention that she did manage to stall the Joker so that Batman could finally catch him unaware in the belltower. Apart from that, one could simply call her tenacious to a fault.

Every single teen that took part in this movie as one of the Wolverines was heroic in a big way, and while some of them didn’t get to see the end of the conflict they were still there to help further it in the favor of their allies. Being heroic is, as some might say, a good way to get killed. But being heroic is also a way to be remembered when it comes to making sacrifices for the greater good. It’s up for debate, but heroism isn’t always about saving the day, sometimes it’s about refusing to kneel to a valid threat.

So yes, technically she did start out as a villain since her mother was the evil Queen Bavmorda, a woman that would gladly sacrifice a child to ensure that said child wouldn’t grow to be a threat to her. Sorsha no doubt had reservations about this, but it wouldn’t be until later that she would finally turn her back on her mother. Once she did she was still fairly ineffective since her mother was a powerful sorceress, but it’s the thought that counts.

This is what happens when someone’s heroics turn dark and twisted since the creation of Bartertown was something that could be called impressive and definitely heroic in and of itself since Aunty Entity helped to create a haven in the wasteland that, predictably, became a place that would swallow up anyone who wasn’t willing to be at least a little aggressive. Her beef with Master/Blaster proved that she’d endured one compromise after another until she finally became the threat she was seen as.

6. Marion Ravenwood – Indiana Jones and the Raiders of the Lost Ark

Marion is one of those individuals that you can’t help but be frustrated by since she acted like she knew everything and was tough enough to take on the world. But at the very least her mental toughness and fortitude allowed her to be seen as someone that wasn’t about to bow or bend to anyone.

She definitely acted tough and was capable, but at times one had to wonder how much of her act was bluster and how much was actual physical toughness. Keep in mind that she did get a bit roughed up throughout the movie, but she did hold her own for a while as well.

You might be looking funny at this entry since she wasn’t really much of a hero, though taking in Louis was a kindness that can actually count toward heroics in a way, so it does count at least a little bit. Plus, she was all-in when it came to getting one over on the Dukes, so becoming part of the group was definitely heroic in its own way.

These last three are without a doubt the heroes of their stories since Red Sonja was on a quest for vengeance and in the process made both allies and enemies as she earned her reputation as one of the deadliest fighters around. The fact that she’s on Conan’s level in terms of skill and ferocity is enough to make it apparent that she’s every bit as impressive.

Any woman that could stand at Conan’s side and laugh at death is worth mentioning, especially since despite being a mercenary, she was allowed to come back as a valkyrie to help Conan one last time in the movie, meaning she had proved her worth as a warrior. Whether Crom and Odin had something in common is hard to say, but when it comes to mythology a lot of people are willing to shrug their shoulders on this one.

Hands down she made the biggest impact and is one of those women in the movies that people will remember for a long time to come since Ripley took on one of the deadliest species in the universe and lived to tell the tale. Well, she beat a hive queen at least and lived long enough to be set into a third and then fourth movie that weren’t nearly as good. But Aliens is where she was cemented as a badass.

Female heroes are fun to watch since whether one expects them to be awesome or not, they usually don’t disappoint.