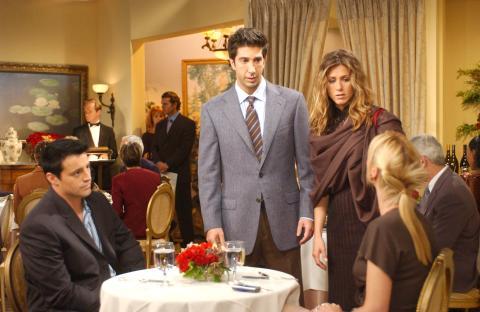 It is hard to believe we are already in the ninth week of our quest to give our readers a list of the best episodes from the super funny and awesome sitcom Friends. Netflix has been streaming the series since January 1, and we have heard from many fans that they have been sitting in front of their television for hours on end watching Joey become a soap opera star then falling to his death down an elevator shaft, or Rachel pining over her hot younger assistant, or Chandler moving to Tulsa after falling asleep at a work meeting. This week we will be discussing the top three episodes of the ninth season of Friends.  This is the season that Phoebe began dating Mike, Ross holds a fake funeral for himself, and Monica takes a stab at singing karaoke.

“The One with Phoebe’s Birthday Dinner,” original air date October 31, 2002

This is something I dread every year my birthday comes around. I am the single friend with no kids sitting around a table filled with friends who are married and raising families. They all show up late because they have something else happening in their lives.  This is what happens to Phoebe when she invites the entire gang out to dinner to celebrate her being another year older. Joey is able to make the meal on time and the two must try to keep their table of six before they get kicked out when the others fail to arrive. Ross and Rachel are late because Ross accidentally locked them out of the apartment with baby Emma inside.  This is also the first time that either Rachel or Ross has not stayed with Emma, so Rachel is worried to leave her with Ross’ mom.  She ends up taking the baby to the restaurant. Chandler and Monica are late because they have been arguing because Chandler has been smoking again. Monica is currently ovulating so they also try to conceive before the dinner.  By the time everyone shows up, Phoebe is angered and rightly so.  Everyone is too busy with their own problems to care about Phoebe and her birthday. She gets a call from Mike that he got off of work early so she ditches her friends. Rachel and Ross take Emma back home, while Monica and Chandler return to the apartment. This leaves Joey alone at the restaurant to eat all six meals. Happy Birthday Phoebe!

Ross: A pigeon, a pigeon, No, no wait, no, no an eagle flew in! Landed on the stove and caught fire. The baby, seeing this, jumps across the apartment to the mighyt bird’s aid. The eagle; however, misconstrues this as an act of aggression and grabs the baby in its talons. Meanwhile, the faucet fills the apartment with water. Baby and bird still ablaze are locked in a death grip, swirling around in the whirlpool that fills the apartment.

Rachel: Boy, are you gonna be sorry if that’s true.

The Friends Thanksgiving episodes are considered classics and the season nine holiday festivities makes the list as one of the best episodes of season nine. Last season, Brad Pitt was the special guest star. This year, we get the pleasure of seeing Christina Applegate play the role of Rachel’s sister Amy.  She decides to tag along to Monica’s house for Thanksgiving because her married boyfriend decided to spend the holiday with his family. If you thought Rachel’s sister Jill was bad, then you are in for a treat with Amy.  Things get off to a rocky start when Amy insults Monica, Ross, Joey, and Phoebe.  Then she decides to ask who is going to get custody of Emma when Ross and Rachel die.  She is informed that Monica and Chandler would get Emma, but if Monica were to die Chandler would have to give her up. Amy and Rachel end up getting into an argument and some of Monica’s fancy new dinnerware breaks. Chandler scolds the two and Ross decides that Chandler would be allowed to keep Emma if anything ever happened to Ross, Rachel, and Monica.  In Monica’s absence, Chandler end up breaking all of the plates!  Monica loves to clean, but I don’t think she is going to love cleaning that up.

Monica: (To Joey and Phoebe): Wait, what are you doing?

Phoebe: Yeah, we thought it might be nice to use the fancy china for dessert too.

Monica: Oh, how nice. Maybe later we can all go blow our noses on my wedding dress.

I remember laughing hysterically the first time I watched this episode back in 2003.  To this day, there are still moments on Friends that make me laugh at loud, something that rarely happens with sitcoms today.  Joey and Phoebe decide to set up Rachel and Ross on horrible blind dates. They want to the two to get back together and think this will be the perfect way for that to happen.  Phoebe picks Steve played by Jon Lovitz, who is reprising the character he played back in season one of Friends.  He lost his job at the restaurant and now sells t-shirts and lives in an apartment filled with dudes.  He starts to cry and Rachel cannot wait for the date to end.  Joey does not get a date for Ross, but Ross does not know that and waits at the restaurant for hours hoping she will arrive.  The waiters start taking bets to see how long Ross will stick around and when he find out he promptly lives with his free crab cakes of course. He and Rachel meet up at the coffee house and figure out what Phoebe and Joey did to them. They of course are not happy.

Rachel: Phoebe set me up on a date.

Rachel: Why? What’s the big deal?

Monica: Just figured, ‘cause you and Ross are…

Rachel: What? Slept together a year and a half ago? Yeah, I’m all set

What was your favorite episode from the ninth season of Friends? Let us know in the comments section below. 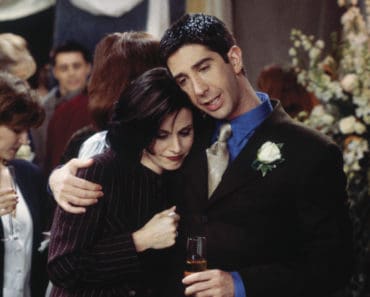 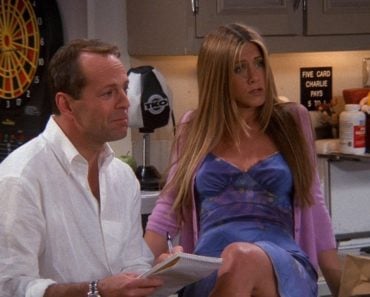 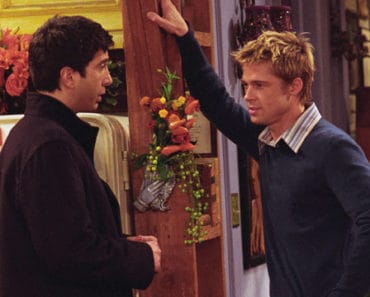 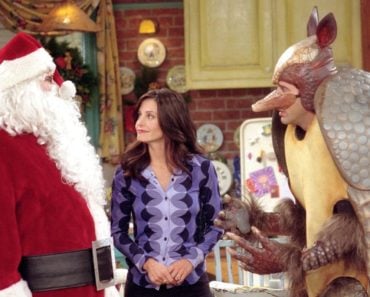 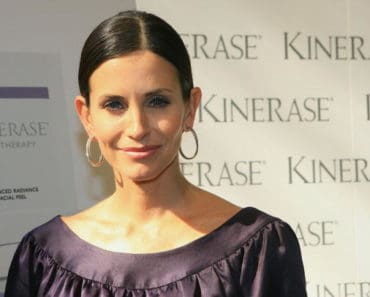