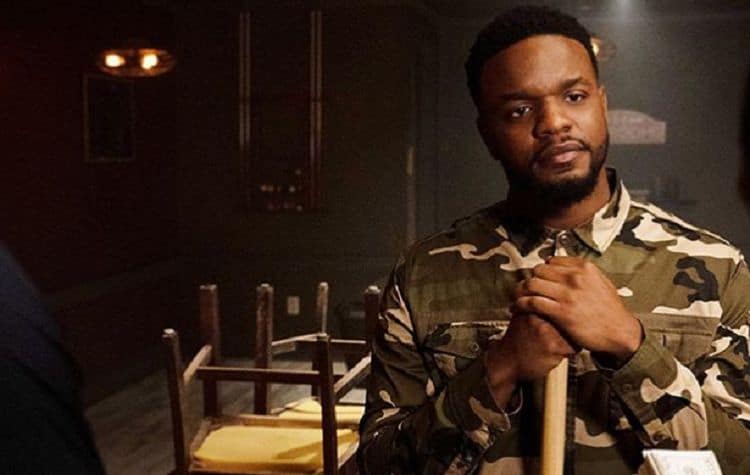 When Barry Brewer moved to Los Angeles, he didn’t have much more than a dream of being successful. Although life in L.A. is full of challenges, especially when you don’t know anyone, Barry kept pushing until doors started opening. Over the last several years, he has managed to find success as both a comedian and an actor. He got his first major TV role in 2019 in the BET series, Games People Play, and things have been going up from there. Now with a role on the new series, Bruh, Barry is showing the world just why he’s so deserving of all the opportunities he’s earned. Keep reading for 10 things you didn’t know about Barry Brewer.

1. He’s Been On His Own Since He Was A Teenager

Most teenagers spend their time thinking about prom and learning how to drive. However, Barry wasn’t lucky enough to have that luxury. Things weren’t always easy for him and he’s been taking care of himself since he was just 17-years-old. When he was 21, he decided to move to Los Angeles to pursue a career in the entertainment industry.

2. He Started His Career As A Comedian

Barry’s acting career has really been taking off over the last several years, but comedy was actually his first love. He’s had a very successful career as stand-up comedian and has even had his own comedy special. Still, he says that he’s always been interested in doing both acting and comedy.

3. He Played The Organ In Church

On top of having acting skills and being funny, Barry is also musically talented. He grew up playing the organ and the piano in church and continued to do so as a way to make extra money when he moved to Los Angeles. He also plays the drums and the saxophone.

Maintaining a serious relationship while having a successful career in the entertainment industry isn’t an easy thing to do. Unfortunately, this is something Barry learned the hard way during his first marriage. After getting married at 22, Barry and his wife weren’t able to keep their relationship afloat.

Even though Barry hasn’t been acting professionally for very long, he still likes a good challenge when it comes to the types of roles he plays. That’s one of the reasons he is so grateful for the opportunity he’s been given with Bruh. He told Hollywood Life, “I love taking on that complexity and finding yourself in that character.”

6. He Looks Up To Martin Lawrence

As someone who has always wanted to do be an actor and a comedian, Barry has been influenced by people who have been able to successful on that same path. He cites Martin Lawrence and Eddie Murphy as two of his biggest influences. Both men are equally as well-known for their comedy as they are for their acting. He is also a big fan of Jamie Foxx who has had success as an actor, musician, and comedian.

7. He Feels Honored To Work With Tyler Perry

Working with Tyler Perry has been great for Barry’s career in more ways than one. Not only has being on Bruh given him an opportunity to share his skills with the world, but it’s also provided him with lots of inspiration. Barry says that working with Tyler has been “an honor and a pleasure.” He adds, “To see a Black man have a movie studio is inspirational. To see something that represents me gives me inspiration.”

Barry was born and raised on the south side of Chicago. The area is known for being notoriously violent. However, it’s also the birth place of many creative people who have overcome the odds to create new opportunities. Despite the area’s bad reputation, Barry is proud of where he’s from.

9. His Mom Struggled With Addiction

Barry’s home life had a lot of obstacles, and one of them was his own mother. His mom struggled with addiction which resulted in them not having the best relationship. He says that his mother “would drink a lot and do drugs when I was younger, and she was mean while under the influence.”

Social media has become one of the best ways for entertainers to market themselves, and Barry Brewer is taking full advantage of all of his platforms. He has a strong following on YouTube and his channel has more than 40,000 subscribers. He uses his YouTube account to share videos of his comedic skits.