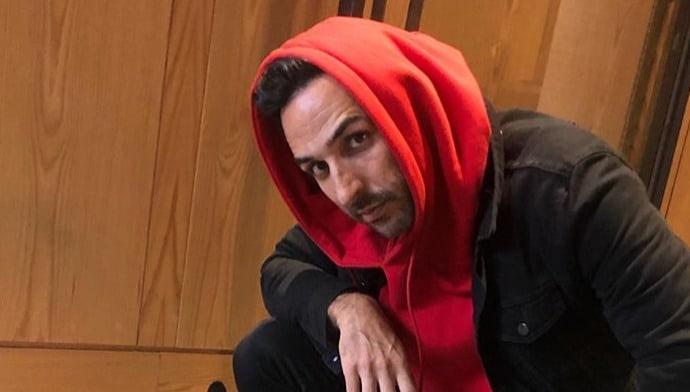 Amir Arison is a film, television, and theater actor. He was born in St. Louis, Missouri, on March 24, 1978. He began his career in the entertainment industry in 2003, and he is probably best known for playing FBI Special Agent Aram Moijabai in the NBD television series ‘The Blacklist’. Although he is now an established actor who is continuing to raise his profile, there are lots of things that people don’t know about him. Here are 10 things you probably didn’t know about Amir Arison (https://en.wikipedia.org/wiki/Amir_Arison).

1. His First Job Was a Burger Commercial

When he became a professional actor, his first job was appearing in a burger commercial. He has described it as a crazy experience, and he was particularly fascinated by the fact that he was provided with a spit bucket. In each take, he would take a bite of the burger, and then spit it into the bucket before starting the next take.

2. His Dad Did Not Want Him to Become an Actor

Although Amir Arison was passionate about becoming an actor, his father was less keen for his son to pursue this career path. He was worried that Amir would have long periods out of work and not make it in the fickle and unreliable industry. However, he changed his mind when Amir began to pick up regular work and has since fully supported his son’s chosen career.

Before embarking on a television career, Amir Arison worked as a theater actor. He starred in plays including ‘Omnium Gatherum’ and ‘Modern Orthodox’. He also appeared in the off-Broadway show ‘Aftermath’.

4. He is Directing a Documentary

Amir Arison is best known for his appearances in front of the camera, but he has also dabbled at roles behind the camera. For example, he is directing a behind-the-scenes documentary called ‘Tati’, says Hollywood Life. This documentary follows an eight-year-old girl called Tatianna Bernard as she creates her own short film while also undergoing treatment for a brain tumor. He has become close to the family during the making of the documentary, and Tatianna’s mom has opened up to him on camera about things she has not talked about to anyone before.

Amir Arison is good friends with Ramy Youssef, and the two have worked together on several occasions. He has a role in the series ‘Ramy’ as Youssef had cast him in a funny role in the pilot. Arison did not intend to appear in the rest of the series as the filming clashed with his work schedule for ‘The Blacklist’. Partway through the filming of ‘Ramy’, Youssef rang Arison as he was desperate to work with him again. In the end, Arison agreed to play the small role of a deli man simply so that they could work together again.

6. The Play ‘Aftermath’ Was His Most Rewarding Job

In an interview with Playbill Amir Arison said that his most rewarding theater experience was appearing in the play ‘Aftermath’. It is about the experiences of Iraqi refugees living in Jordan. He described it as a truly special experience that put his life in perspective.

One of the things that Amir Arison admires most in people is dedication, and this applies to both the acting world and to many other elements of life. In relation to his work, Arison says that he has watched those involved in theater production completely dedicating themselves to a project from its creation to the completion of the show. He finds this devotion admirable and he believes that it shows in a production. He has said that he equally admires the dedication that sportspeople put into training to become the best and compete at the highest level.

Arison finds the two experiences of performing in a theater and acting for television very different. Out of the two, he prefers television for several reasons. First, he loves the food that is always on hand while filming for television or films. Second, he likes that you have several takes to get a scene right. In theater, you only get one shot at delivering the perfect performance. Finally, the speed and pressure of television work stop him from overthinking too much, and he thinks he works better if he is not overthinking.

9. He Was Inspired by Director Michael Greif

Arison has been inspired many people throughout his career, and one of these people is director Michael Greif. He once advised Arison not to concern himself with what other people were doing, and to only focus on his performance. This helped Arison to learn that he needed to react in an appropriate way to the person with whom he was performing. Although he learned this while acting in theater, he has been able to apply the same principles to acting for television. Arison has said that it was one of the most helpful tips that anyone has given to him.

Amir Arison is an active user of social media. He opened his Twitter account in January 2014, and it currently has 62.4 thousand followers. He posts a combination of tweets, photographs, and videos. Some relate to his work or personal life, and others are simply things he has found interesting or funny. On his Instagram account, Amir Arison has 105 thousand followers. One of the things that he is using this page is to promote the Go Fund Me Page to raise money for Tati, the subject of his documentary. He also posts multiple photographs of himself in various work situations as well as having fun with friends or attending events.