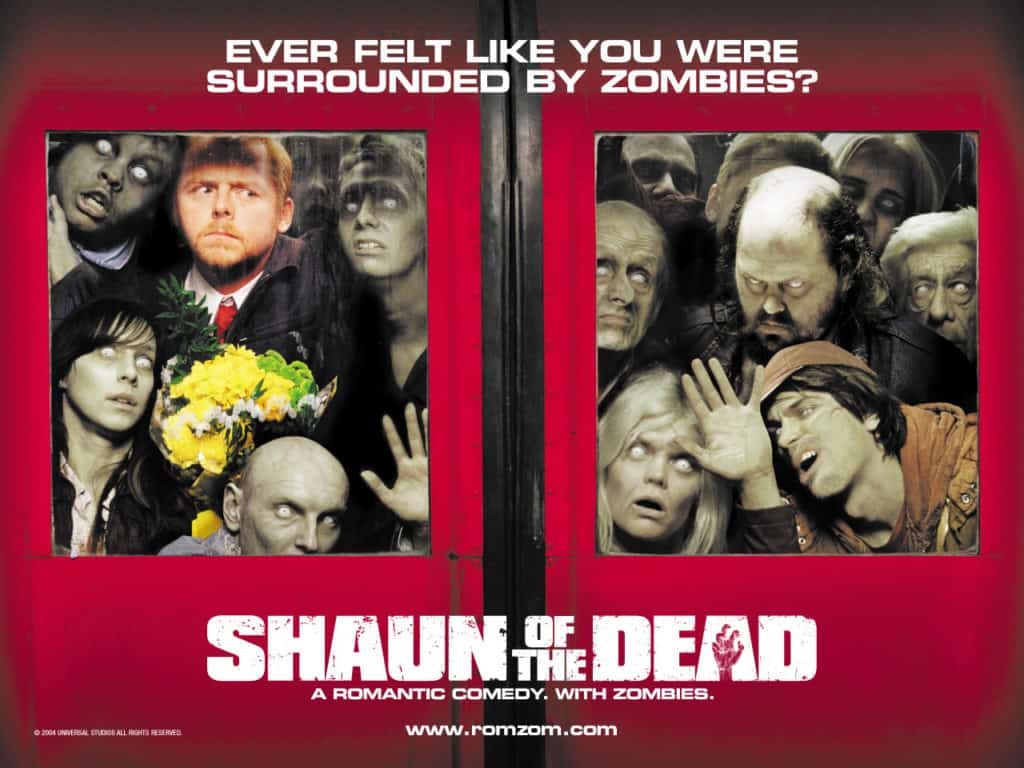 There is a strange divide within the horror community – you see it wherever you go – regarding whether or not comedies can count as horror, as if the fact that something is funny inherently precludes it from also being scary.  The fact of the matter is that horror and comedy aren’t really all that different from one another.  Along with the action genre, they are the kinds of films that set out to produce a physical reaction in their audiences: to either laugh or scream.  The two have been inextricably linked together since the early days of the genre, famously coalescing in Paris’ Grand Guignol theater in the late 1890s, which would alternate between naturalistic, oftentimes “ripped from the headlines” horror shows and light comedies.  Playfully referred to as “hot and cold showers,” the idea was that the juxtaposition of the two would heighten the effects of the individual productions: that the horror performances would make the comedies funnier and that the comedies would, by contrast, make the horror performances scarier.  After all, there’s a reason why so many people suffer from fits of nervous laughter when they’re scared or surprised.

This is clearly also the case with film.  The films of Sam Raimi and Stuart Gordon often acted as a comedic ouroboros: with the otherwise “serious” horror bits being played up to such satirical extremes that they became funny, but then going on for so uncomfortably long that they swing back around to being scary again.  Similarly, there’s a reason why Jordan Peele had such an easy time slipping into his career as a horror filmmaker after working so long as a funny man: he knows when and where to insert a little comedy into something like Get Out (2017) or Us (2019) to relieve some of the built-up tension and set the viewer up for the actual scares-to-come. 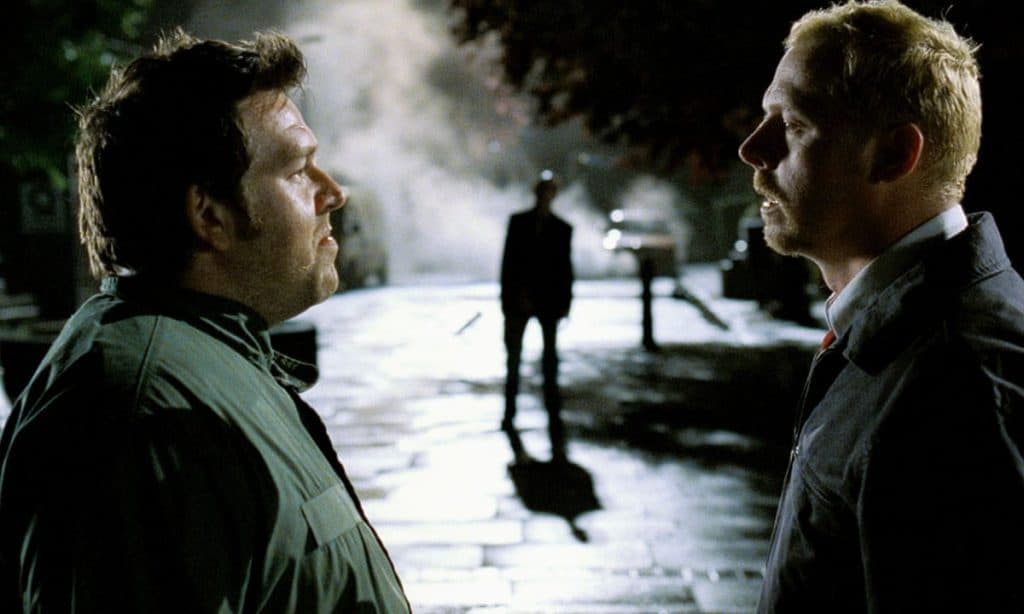 One of the oldest and truest methods of the horror-comedy is to simply insert funny characters into terrifying situations.  That was certainly good enough for Abbott and Costello in their Universal Monster movie crossovers and, regardless of their dodgy place within the horror community (some viewing them as playful homages to the classic 1930s horror movies and others viewing them as the final nail in the coffin of a genre that had been killed by the strict enforcement of the Hays code starting in 1934), there’s no denying that they were effective at exactly what they set out to do.  Following in that same tradition at the turn of the millennium was writer-director Edgar Wright, who lampooned the rapidly resurfacing zombie subgenre with his buffoonish comedy stylings in 2004’s Shaun of the Dead.

In the film, Shaun (Simon Pegg) is a sluggish, checked-out, work-a-day schlub who is stuck in a dead-end job, hates his father-in-law and dickish roommate, was just dumped by his fed-up girlfriend and simply wants to hang out with his immature, childhood best friend Ed (Nick Frost) who’s somehow even less put-together than he is.  But his newfound plans to get his life together and win back his recently ex-girlfriend Liz (Kate Ashfield) go awry when the dead start to rise in London.  Forced by fate to work together, Shaun, his parents (Penelope Winton and Bill Nighy), Ed, Liz and her standoffish roommates (Lucy Davis and Dylan Moran) make one last, desperate stand at the ostensibly best-defended place in town: the Winchester. 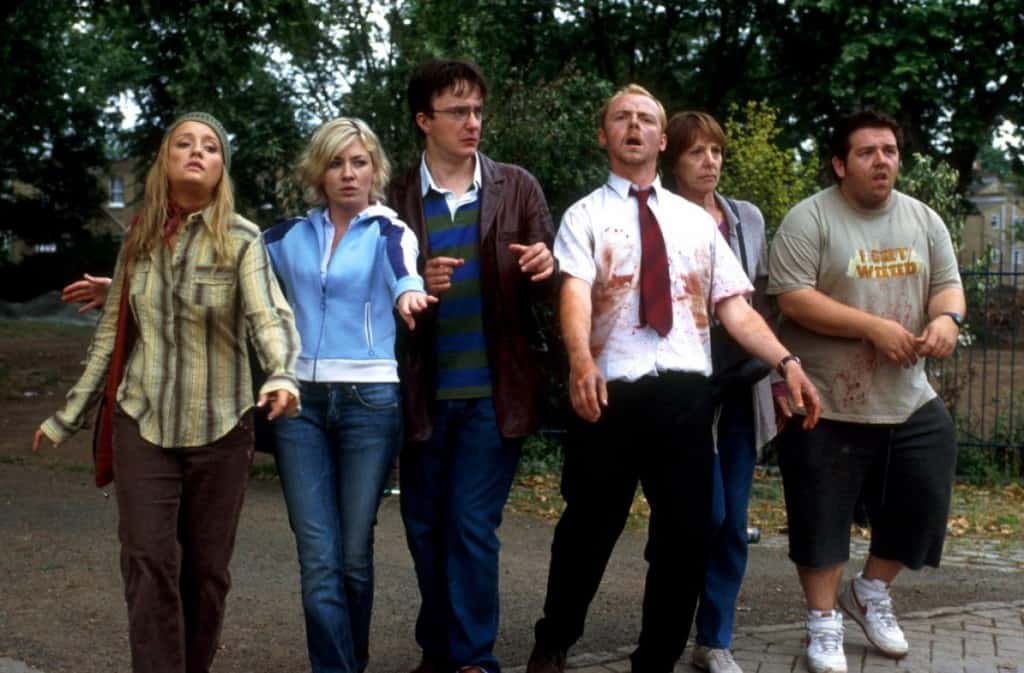 When it comes right down to it, it’s obvious on the face of it why Shaun of the Dead is a great horror-comedy that’s been at the forefront of the popular culture for the past decade and one half.  The film is an absolute riot, packed with top-notch comedians and wall-to-wall gags that all inexplicably seem to land.  In fact, like the similarly over-stuffed comedies of the Marx brothers in prior decades, the films are richly rewarding on the rewatch, as there are so many great jokes, call-backs and character beats that you simply missed the first time because you were laughing so hard at the ones that came immediately before them.  Bursting with loving homages, winking references and playful skewerings, Shaun of the Dead is simply the gold-star standard when it comes to the unique genre-blend it chooses to operate in.

Now, that doesn’t mean that it’s all fun and games from start to finish.  If there was nothing darker than the set-up for its myriad of punch-lines, then this film wouldn’t be any better regarded than the Police Academy movies.  There has to be something more to a movie to make it lodge itself so firmly and for so long in the popular consciousness, and Shaun of the Dead has a solid undercoating of genuine human drama to hold all of the comedic digressions together. 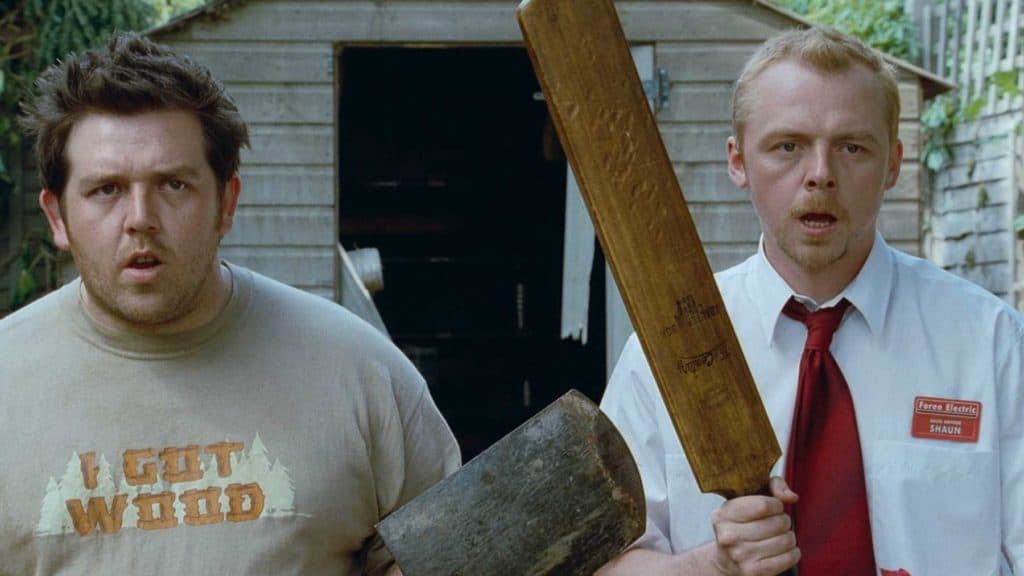 The thing about the classic zombie movies that Shaun of the Dead emerges from is that the zombies are never the villain of the stories.  They’re horrific, to be sure, but it’s never actually about them.  They’re the setup for what follows, for what the movie and filmmaker is actually concerned about.  They are the impetus for why these particular, disparate set of characters have been thrown together in what essentially amounts to a high-stakes chamber drama.  And if it wasn’t for the familiar foibles of these all-too-human characters, after the initial outbreak, there simply wouldn’t be anything for the zombies themselves to do: everybody not caught in the initial onslaught would find shelter, board up the doors and windows and wait for help to arrive.

But people, clearly, are people, and there’s always something for them to be fighting over.  Whether its food, water or what floor of the house to keep the TV on, these flashpoint struggles are what causes whatever remaining semblance of society to break down, for our cast of characters to get killed off and for the zombies to break into the rural farmhouse (or urban shopping center, or remote military base, or upper-class high-rise) and finish the job.  And being the well-informed comedian that he is, Edgar Wright makes this familiar, genre-coded breakdown of society the underpinning narrative of his film. 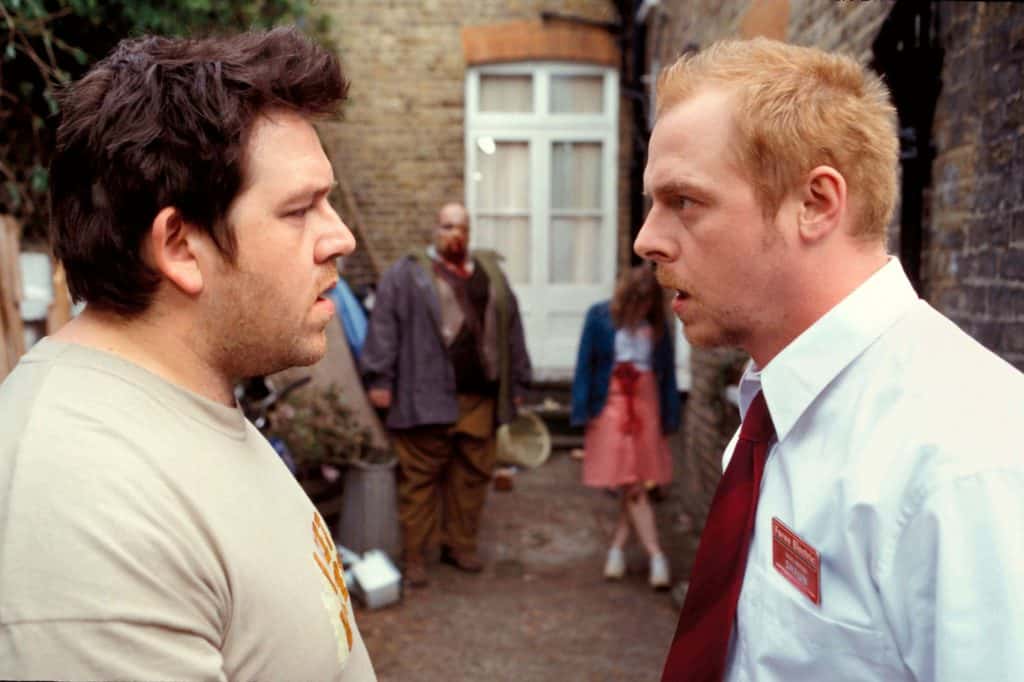 Right off the bat, you have the core relationship tension between Liz, Shaun and Ed: Shaun is caught in the middle between his oldest friend and his girlfriend, causing their entire matrix of relationships to tear at the seems.  From there you have their roommates – Diane, David and Pete (Peter Serafinowicz) – who provide additional tension and exacerbate the situation even further.  And at the climax of the proceedings, the point at which the zombies are starting to swarm in for the kill but the team has learned how to hold them back through working together, flaring tensions involving Shaun’s infected mother and David’s unrequited love dissolve their mostly-functional union and allows the zombies to overcome their meager defenses.  In short, despite the flippancy of its premise, there is plenty of meat on this film’s bones, making it a far more robust watch than the usual, disposable, quickly-forgotten comedies that come and go without a trace.

Existing as a kind of Ur-Text for Edgar Wright’s brand of filmmaking, Shaun of the Dead is a monument to how both of these genres can become so much greater than their component parts.  It’s a pattern that Wright would later repeat for buddy comedies (2007’s Hot Fuzz) and alien invasion movies (2013’s The World’s End) in his jokingly titled Three Flavours Trilogy.  And while later iterations of it would expand and tweak what could be accomplished in this comedic strata, the bedrock established with Shaun of the Dead more than holds up all these years later precisely because it was so perfectly conceived and executed from the start.