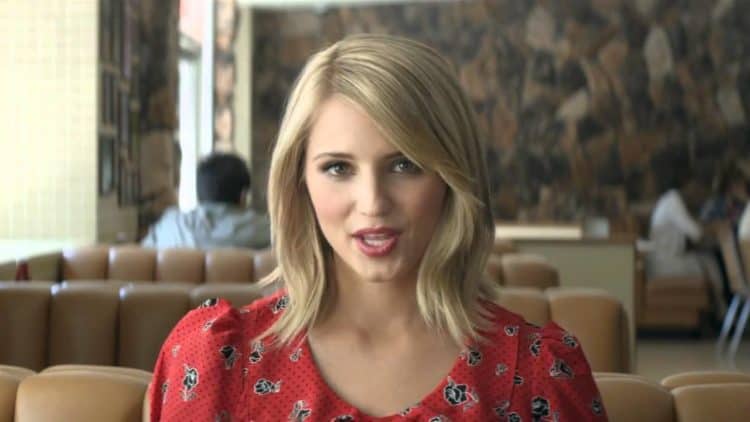 Dianna Agron is the kind of woman that hasn’t had the easiest life but also hasn’t had the hardest. If anything she’s the type of person that doesn’t like conflict but will gladly step in and be the peacemaker if she needs to be. She’s done this in the past with her family when her father developed MS and her mother decided that they needed to part ways. This might seem callous of anyone to do but Dianna was there to keep her family more or less in one piece despite the pain and uncertainty of the divorce. Obviously she’s the person that likes to act as the go-between so as to keep people from resorting to harsh words and actions that might be regretted later on. That tends to speak of a very strong and enduring will that is coupled with the ability to look at everyone around with an experienced eye, as well as a great deal of compassion.

Here are a few other things you might not have known about Dianna.

10. She’s been into dancing since she was 3 years old.

There is something darkly alluring about Tim Burton movies that not everyone is able to see when they watch them. His style of filmmaking is after all kind of depressing in some ways but very imaginative in many others.

Alice in Wonderland is one of her favorite books, and when it comes to classic fantasy it doesn’t get a lot crazier than that. In fact the argument for the classics being the catalyst for the stories we have now is obvious. But their influence has gone far beyond the norm in many ways than people seem to realize.

7. Dianna has a fascination with many things that have to do with death.

This is a rather morbid thing to be interested in but if one can find the beauty inherent within all things having to do with death then it’s not too hard to see just how alluring it might. This is considered weird by a lot of people since death is an ending, and many don’t wish to contemplate that type of an end until they’re finally at that point in their life.

6. She auditioned fore a role in The Amazing Spider-Man.

Dianna went in to audition for the role of Gwen Stacy but lost out to Emma Stone. In truth she might have played the part just fine since the blonde hair and the look seem to be what the part calls for. Maybe she wasn’t quite as forceful in her approach as Emma was.

5. The role she was given in The Family was written specifically for her.

If you’ve never seen it this movie is actually kind of enjoyable as she plays the daughter of a former member of the mafia that has to go on the run and take his family with him. That being said she’s a rather forceful character that isn’t the type to take a lot of crap off of anyone. In one scene she even beats the living hell out of a handsy young man with a tennis racket.

4. She’s no stranger to rejection when it comes to performing.

Just like so many before and after her Dianna is quite used to being rejected when it comes to show business. It’s one of the main tenets that anyone has to get used to since it’s going to happen whether one wants it to or not.

3. In high school she wasn’t the cool kid but she was heavily involved in many clubs.

She had no idea what cool was it sounds like, but she was extremely active in many different groups within school. Now it would seem that she’s the cool girl that no one realized was at one time the kind of person that hardly ever got noticed.

2. She’s all about diversity in one’s career.

Dianna likes to mix it up when it comes to her roles now and then so that she doesn’t end up getting typecast. This seems to be a very popular thing for a lot of actors to do since few of them want to be known as just one type of actor.

1. Dianna had to get her nose fixed after it was broken at a party.

Unfortunately the woman that punched her was aiming for someone else and ended up breaking Dianna’s nose. Worse than that however was the fact that she didn’t tell anyone until it got bad enough to the point that she absolutely needed surgery for a deviated septum.

She’s got a lot of heart it sounds like.