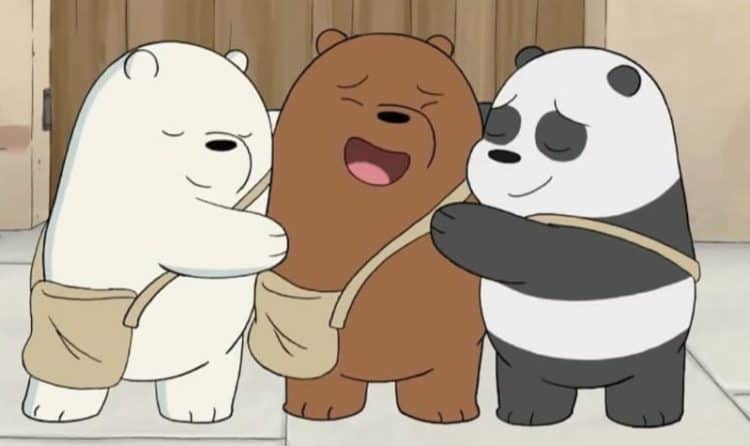 We Bare Bears is definitely one of those cartoons you’d look at and go ‘awww’ largely because it’s about three bears, all of different species, who have somehow found each other and have banded together to form a family unit. If there was anything else you needed to feel the inclusive nature of this show then you might not be fully aware of your surroundings since the familial unit, the differences each one of them possess, and the difficulties they have integrating into society throughout the course of the show is enough to make it clear and concise that there is an underlying sense of xenophobia that’s going on in this story. It’s muted and likely kept that way to avoid confusing kids while it also helps them to see just what it’s like to be accepting of people no matter who they are or where they come from, but it’s there. Or perhaps I’m just seeing things thanks to the era we live in, but I doubt it.

Cartoon Network has been a station that has been about kids’ cartoons for a long time, but if you’ve ever noticed their cartoons haven’t always been quite as innocent as people have been letting on. Some of the themes and ideas that have passed along the screen at times might seem a little bit adult in nature or they might feel as though they’re not quite as kid-friendly as they should be. From Johnny Bravo to Dexter’s Laboratory to Ed, Edd, and Eddie, the Cartoon Network has been a channel that has sometimes pushed the boundaries of good taste as well as good sense when it comes to their cartoons. But with We Bare Bears it seems as though they’ve allowed the cuteness to fully saturate whatever messages are being put into the program so as to throw people off the scent and possibly just allow kids to enjoy something that’s cute and cuddly and not meant to be anything else.

Well if you think it’s paranoia then you might want to read what Amid Amidi of Cartoon Brew had to report when the creator actually admitted that the story was an allegory to his life as a minority member in the US. It’s not a bunch of hooey, there is a very real message in the cartoon and it’s meant to be more explanatory than negative or positive since throughout its long history America has had an issue with immigrants despite the fact that the country was founded on them in a very big way. Living as a member of a minority group in America has at times been rather difficult for many people and this cartoon is meant to show that in part since the bears tend to have a great deal of trouble fitting in as they try to prove themselves to society again and again and are still tested time and again when it comes to their patience and their willingness to persevere.

So far the show has been running since 2014-2015 to the present day and the current season will be ending in just a few days. People have seemed to respond to it in a positive manner for the most part since cartoons are pretty innocent a lot of the time even if one happens to pick up on the hidden messages that are being conveyed. The idea of the cartoon is great since it’s showing the real struggle of the bears as they try to find a way to get people to accept them and to be successful in a place that they’ve never been before but are willing to try out in the hopes that they will be able to make their home and survive together. Each bear has their own distinctive voice in the group and their own purpose as you might have guessed and they each fulfill that purpose in ways that are designed to be a part of the unit so that they can work together rather than just be individuals seeking the same purpose. Grizzly is the leader, Panda is the tech whiz and the one that keeps them together, and Ice is the youngest and does all the cleaning. They each have their role and it works as it brings them together as a unit.

If nothing else this is a good cartoon for kids to watch since it fosters the idea that we’re all useful and we’re all special in our own ways and that together we make a more cohesive unit that can attain success than if we were on our own. The lesson in teamwork and togetherness is one that a lot of cartoons have pushed, but with an emphasis on being a part of the minority this cartoon kind of takes it to a different level that’s kind of nice to watch.