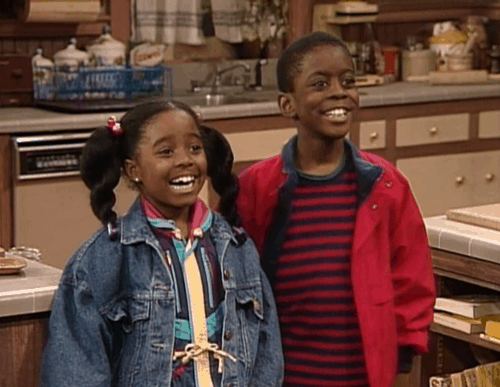 Asking what happened to Deon Richmond is kind of like asking what happened to that guy you remember from that sitcom a long time ago. That would be kind of accurate in Deon’s case since he did show up on The Cosby Show for a while as the friend of Rudy Huxtable, Kenny, or Bud, as was his nickname. He also played a young version of Eddie Murphy at the beginning of Raw, but apart from that he was thought to be retired in 2014 but it does appear that he came back for a couple of projects in the last couple of years. It’s easy to wonder if he’s going back into retirement, but if anyone is willing to do the research on Deon they’ll find that he’s a cancer survivor. He didn’t really retire, but his condition made it pretty much impossible to continue acting for a while, and as a result, he was absent for a while in order to recover and has become one of the many that urge people take care of themselves and seek preventative care when possible. The fact that there have been so many actors that have spoken out about this over the years is enough to make a lot of people roll their eyes, but there are times when it’s wiser to listen than to discount what’s being said.

Deon’s career stretches from the 80s to the current era since he had a few successful roles as a child and then moved on to become a fairly successful adolescent. There are likely those that know who he is and what he’s done and have been able to track his career for a while now, but it’s also fair to say that he’s one of the many supporting characters that a lot of people have taken for granted over the years. This is pretty normal really since being a supporting character doesn’t mean that a person is essentially able to be passed over and forgotten, but it does mean that they don’t always get the same accolades as the stars of the movies and TV shows that they stand next to from time to time. The supporting actor has a much harder job sometimes since they’re in the picture to make the other actors look good and to ensure that the leads are given the spotlight and can play off of the supporting actors in an effective and convincing manner. Deon has been the kind of guy that’s been there when he needs to be and has stayed in the background when it’s necessary, but he’s been recognizable each time, which is great since it means that he’s the kind of actor one doesn’t just forget and has been highlighted enough throughout his career to be considered someone worth remembering.

It feels safe to say at this time that his career hasn’t hit another high just yet, at least not in a way that people will gladly shout from the rooftops, but he’s still there and he’s still doing what enjoys, so that’s a huge win to talk about since it’s enough to do what you enjoy, but getting paid to do it and getting recognized for it are kind of necessary elements that can allow an actor to stick around for a while. From the Cosby show to Raw to being in a couple of music videos and several movies and TV shows as a guest star, Deon has had a pretty successful career at this point and apart from not being the leading character that can really grip a person’s attention, he’s still been seen as a worthwhile character that people enjoy seeing. Sometimes it’s not about being the most famous person on set, it’s about being on the set at all, and being able to hang with some of the biggest names in the business, as Deon has done in his time. Hopefully, the cancer that took him out of the picture for a while won’t be an impediment any longer, since it’d be nice to think that he’ll get to continue his career in the manner he desires, but as anyone that’s dealt with cancer knows, things can happen that aren’t fully expected. But hoping for the best while being ready as possible for the worst is usually a good way to go.

Deon is still around obviously and he’s still working, which is about as good as it gets for a lot of people since in the days we’re living in now just getting to work and being able to do what we want is considered a luxury. It does feel that his career will go on from this point and that he’ll continue to do as much as he can, so for those that don’t know that much about him it might be time to brush up and figure out why he’s someone to pay attention to.