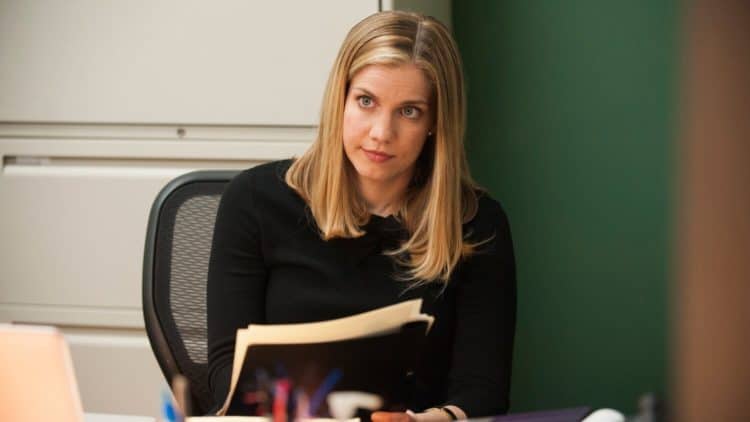 Sometimes a con can pay off big, at least until someone sees through it and decides to call the bluff. The tale of Shonda Rhimes’ new series Inventing Anna is based on the true story of Anna Selvey, aka Anna Sorokin, a fake heiress that managed con her way into the high society that so many people dream of and did it all on the dime of others for a while. In a way this almost sounds like The Talented Mr. Riply without the murder since if you’ll remember that movie it did involve a long con that went on for a while until things went south. For this show however the con isn’t as fatal and it will take place in New York where the real Anna decided to try and reach for as much as she could in terms of wealth and status. Saying that it’s hard to believe there are people out in the world like this would be incredibly naive, but at the very least it is something of a shock no doubt to those that are taken in by such individuals when the truth finally comes out. According to Kayleigh Roberts of Bazaar the story will focus heavily on Anna but will also showcase the reporting that finally brought her down as well, no doubt to keep the focus on the entirety of the issue, perhaps to make Anna seem like less of a victim of her own hubris. That’s a guess at least.

What’s most disturbing really about this series and this story as a whole isn’t even the fact that Sorokin did engage in the larceny that she was accused of, but that people are willing to shed some light on her story and give her even more exposure than she’s really earned. The fact that she was convicted of at least some of her crimes is justice in a way, but the idea that anyone is willing to go to bat for her and try to humanize this woman after she’s shown more concern for her attire than for the lives she impacted in such a negative way seems to indicate that she really doesn’t care and as a result should be afforded as little care as possible. In relation to pop culture and the things that people find interesting it’s not hard to think that someone, if not Shonda, would have come along and decided that this was a worthy idea for a series. The merit that this story seems to have earned and will be used to shed more light on Sorokin’s life will hopefully be geared more towards showing just how despicable the woman really is and not on how she might have been victim of her own bad habits. In this day and age however it’s kind of hard to say that such a thing won’t happen, especially given that many still believe that her punishment is harsher than it might have been had she been a man.

At this time there’s no release date that’s been set for the series but considering that it’s coming to Netflix it doesn’t seem likely that we’ll have all that long to wait, and can perhaps expect to see it in the early months of 2020 if not close to halfway through the year. In that time it might behoove a lot of people to look up Anna Sorokin, as Savannah Walsh of Elle might agree, and see just what she did in order to better understand the main point and why this is actually an important story to hear, but not necessarily sympathize with. People will feel as they want obviously and the sympathies of some will no doubt be greatly confusing to many people since the idea that anyone can see it as perfectly okay to scam and con others out of thousands if not more is something that a lot of decent-minded folks should hopeful see through. Given that Shonda Rhimes is a proven and very skilled storyteller one can only hope that she will find a healthy balance that will allow the story to unfold in a manner that will show Sorokin’s depravity but also the reporting that eventually brought her down.

As of now several cast members have been selected for the main roles of the show as Quinn Keaney of Popsugar has revealed, with Julia Garner taking on the role of Sorokin and Anna Chlumsky taking the part of the reporter that would finally shut the false heiress down. In a way this is kind of perfect since Julia is well-known from her time on Ozark with Jason Bateman, where her character is a well-known criminal that’s trying to do the right thing and lead a different life. Anna of course is recognizable from My Girl and has become a rather convincing actress as she’s grown up, so this show could possibly be quite entertaining when it’s finally released.