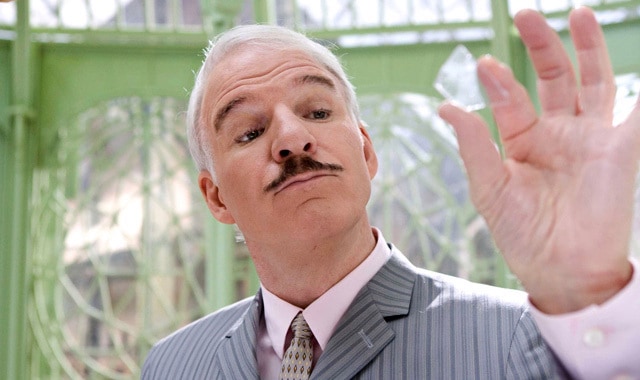 Sometimes it feels as though some movies are given another chance simply because they might have come close to the mark that people desired but didn’t quite hit it, and for one reason or another folks tend to think that this entitles the movie to another shot at greatness. The Pink Panther reboot with Steve Martin was a success since it did make its budget back and then some, but the sequel it produced just wasn’t that great and barely made its budget back. So wondering why another reboot is in the works shouldn’t cause anyone any undue mental stress since the success of the 2006 movie does justify it in the eyes of a lot of people, but bringing Steve Martin back probably won’t happen since the guy is still insanely funny but he’s definitely getting on in years since he’s currently in his 70s and it does feel as though he’s more focused on a music career than anything. That kind of leaves the question as to who might play the lead role of Inspector Jacques Clouseau, but there are likely to be a few candidates that might be considered for the part. On top of that though, the fact that this coming movie will be featuring the actual pink panther that’s become popular since the idea was rolled out, is something that might interest some folks and confuse others.

The idea is that Clouseau will have suffered some sort of trauma that leaves him seeing a pink, animated panther that helps him solve crime and is basically a figment of his imagination. This is obviously going to be a way to incorporate the animated character along with the movie since it wasn’t really touched upon in the last two movies and hasn’t been the biggest point since the movies were created. In a way, the titular panther and the movies that featured Clouseau have felt a little separated for a long time, even though they allude to the same story, but it would appear that someone wants to make them a literal pairing at this point and it’s bound to create a few different reactions when people see this on-screen.  But it’s an interesting idea all the same since it’s something that we haven’t seen before and to put the cartoon panther and the inspector together working towards the same cause has the element of surprise that people weren’t likely expecting. The hope of course is that it will attract more viewers and make this coming reboot appear more worthwhile to the viewers since it feels as though curiosity played more of a part in keeping the Steve Martin movies afloat. That and the fact that Martin is just plain funny is enough to think that the movies were capable of standing on their own for a while.

But this new reboot coming up is going to have to be something special to get the attention of the fans that have been following the good inspector and the panther for so long since it does feel as though the story has the very real possibility of thinning out to the point that it might become a little less than desirable. In fact, putting in a hybrid feel to it almost states that it needed something a little extra to put it over the top and possibly bring something that people might want to see or that those in charge think that people want to see in order to make it work. When gimmicks start becoming the order of the day it’s fair to state that things have kind of gone off the rails unless a person can make it work. The hope of course is that this won’t be seen as too wide of the mark since the cartoon character is a part of the story after all considering that he’s been around for just as long and is something that people have associated with the movies. But bringing the idea of the Pink Panther to the screen like this still feels a bit tenuous since it could end up blowing up in the faces of those that are pushing the idea to the public. Maybe it’s a lot of worrying for nothing, but it’s also a desire to see something worth watching that won’t cause a cringe every now and then simply because it wasn’t the best idea possible.

These days there are a lot of movie ideas that are being brought forward that might make people cringe since they either don’t sound like good ideas or they sound so far out of left field that trying to wrap your head around them is more than a little difficult. But holding out hope that this reboot will work isn’t a bad thing, especially if it ends up working the way it should.