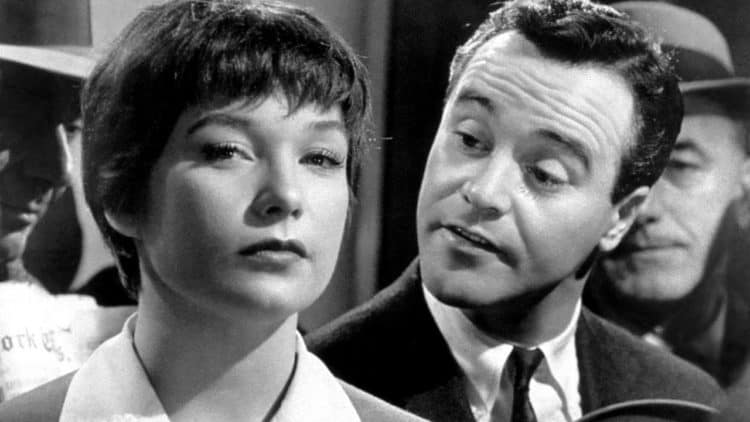 Shirley MacLaine has never quite been the classic or extraordinary beauty that a lot of other women have in their lives, but she’s more than made up for it with the kind of talent and acting ability that allows her to be counted as one of the greatest actresses alive. Her resume reads as a type of legendary tale that details just how she came from being unknown to being on the lips of just about everyone in Hollywood at one point. She’s among the epic actors that have come and left their mark on the big screen and is still there today, no doubt reminding everyone that true ability and talent doesn’t just fade away unless it wants to. She’s played some interesting and very masterful characters over her lifetime, and it’s fair to say that she’s been one of the absolute best when it comes to her craft. Aside from that, Shirley has also been one of the most entertaining to ever set foot on the big screen.

This is the story of a police inspector that decided to raid a prostitution house and was promptly fired since he didn’t seem to realize that it was allowed due to the kickbacks that the police received in lieu of letting such a business thrive. When he meets up with a popular prostitute however he begins to change his life around and finds that he’s in love with her. Upon trying to keep her all to himself he’s jailed when he admits to murdering the alter ego he concocted to keep her away from the regular johns she’d been seeing. But after escaping the two of them marry and presumably live a happy life together afterward.

4. Postcards from the Edge

Suzanne and her mother Doris are not the most likely of people to get along since Doris is the kind of mother that’s completely overbearing and Suzanne is the type of woman that runs into a bottle or a bag of pills the moment things get hard. But when she tries to go straight and get her life back in order it’s discovered that her mother’s life isn’t really much to crow about since she’s a heavy drinker as well and having just as many issues. As Suzanne tries to sort her own issues out she also attempts to help her mother here and there, finding that through trying to understand her that they can at least be civil to each other.

It’s funny how a lot of people will do most anything to get to the top, such as lending out their apartment to those that can help their career in some way. Bud is the kind of guy that wants to get ahead but he still has enough of a conscience to help someone out when they really need it. When he sees Fran passed out after overdosing on pills in his apartment he takes the blame for her depression and saves her reputation as well as his boss’s, who is in love with Fran but is married. When everything comes around however Bud quits his firm and Fran realizes that Bud is the one that really cares about her.

This was a very touching movie laced with a good bit of comedy, particularly this scene. Weezer is the kind of woman that you’re either afraid of or can’t stand when she comes around, yet she’s a part of the community all the same and is meant to be included in certain functions. She’s also a good friend when she’s not being such a crab. But in this scene after Shelby’s passing Sally Field’s character is understandably upset at the death of her daughter and just wants to hit something, anything. Leave it to Olympia Dukakis to set the tone for a comedic moment as she shoves Weezer front and center to take one for the team.

Even the most overbearing mothers can mean well. Aurora and her daughter Emma don’t exactly see eye to eye, but there’s a bond there that it isn’t easily broken since Emma still relies heavily on her mother when her marriage begins to hit the skids. When Emma is diagnosed with cancer she has no problem willing her children to Aurora’s care since she knows that whatever issues that she and her mother have, her children will be safe and secure with her. The fact that Aurora is kind of distant towards men is something that gets solved near the end of the movie when the man she’s actually interested in returns her affection and begins to get to know her grandchildren.