Home
Entertainment
Sylvester Stallone Is Out of Control: Wants a Rambo Prequel 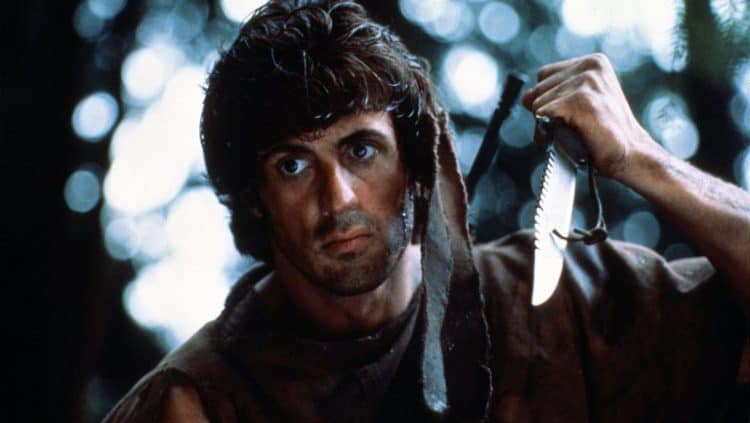 So is Sylvester Stallone terminally ill and not telling anyone? That might seem like a poor attempt at humor but it might explain why he’s going so nuts trying to remake and reboot some of his old movies at this point since not only has Rambo been going off but he’s adamant about starting up a series based on his movie Cobra, he wants to do another Tango and Cash, and now, according to Joey Paur of GeekTyrant, he wants to do a prequel to Rambo. For those that might be a bit salty about the ‘terminal illness’ crack let me say this: grow up and get over it. Now that that’s out of the way, the idea of showing Rambo as a teenager sounds like it might be, to some people, the perfect way to cap off the entire story, but to the rest of us that have been pretty content with Rambo the way he is it seems like an unnecessary torture of a human being since Sly seems convinced that telling the story of a teenage Rambo should focus on a guy that’s popular, the star of the school, someone that everyone likes, and someone that has a bright future. Of course then comes the war, and all that goes away in a heartbeat.

This almost seems too tragic to think that Stallone would even bother with it since Rambo has been a figure that a lot of people thought was perfect the way he was for so long. As Sean Hutchinson from Mental Floss would agree with he’s tortured, he has extreme PTSD that he’s been working through for years, and he’s the hero that came back when better judgment might have dictated that he stay away. But to bring him back to his teenage years and watch that happiness erode in front of our eyes seems like a huge disservice to the character, not to mention to the many vets that might have viewed Rambo as the perfect person to tell the story of how PTSD affects an individual that’s seen the things that some of our veterans have. The Vietnam War was a conflict that messed up a lot of individuals as they came back shell-shocked, changed, scarred, damaged, or didn’t come back at all. Many of those that were actually there don’t even want to talk about it, especially those that saw combat, as what they witnessed and experienced was often too horrible to even think about, let alone talk about. It might sound a bit melodramatic, but creating a teenage Rambo almost seems as though it might be downplaying such experiences by going back to a past that might actually hurt some people by triggering memories that they’d kept locked away.

At one point I might have been standing among those that claim that veterans don’t have to watch it if it’s too painful, but given how much this movie has meant to many people it’s a little too easy to say that no, this shouldn’t be made and it shouldn’t even be considered since Stallone, for as great as he is, seems to be taking things a bit too far now. In essence it’s like looking back at the expense of the future since Rambo has obviously been a huge hit throughout the years, becoming a household name even as his popularity continued to grow from First Blood. For one reason or another Sly is going back to his old movies and one can’t help but wonder if we’re going to be reintroduced to the Lords of Flatbush eventually or if we’ll see another rendition of F.I.S.T. Heaven help us if he tries to do another Stop or My Mom Will Shoot. It was almost enough to think that he was off his rocker when he took the Expendables past the second movie, but now that he’s doing just about everything he can to expand his old movies it’s a wonder if we’ll ever hear about a young Rocky movie since it seems as though he wants to keep going with the franchise despite having come to a perfect conclusion with Creed II.

So really, why is Stallone doing this? That’s a question that’s best posed to the man, but so far it doesn’t seem like there’s a definitive answer other than he wants to keep telling the story of his old characters for reasons of his own. In a way you can’t fault a person for wanting to make a complete and well-rounded character, but the problem with this, as C.S. Marks from Life Rich Publishing might say, is that once the mystique and the unknown portions of a character’s life are mapped out and laid out for people to see, there’s really nothing left but to move on since people have seen it all and will typically believe that the character has nothing left to offer. It’s important to let a fictional character maintain some secrets, if only to keep people interested.