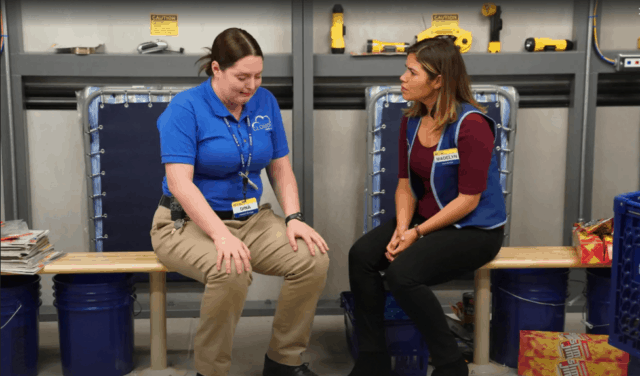 It finally happened, fellow Superstore fans. We finally found out what happened to Brett on the fateful day of the tornado. We found out that he is, in fact, (spoiler alert) ALIVE, and fans everywhere are rejoicing. Brett has been pretty much a silent character to this point, but we would never survive this show for the long term without Dina yelling at him to get out of the way. It hasn’t been the same without him (even though it’s only really been an episode) and I’m ecstatic that he’s returned to us.

Brett’s story really pushed me into full-on nostalgia mode for The Office. Even though that show was filled with background characters, there were standouts that pushed their way into the action. The Office had Stanley, Phyllis, and Meredith, Superstore has Brett, Elias, and Myrtle. The ensemble is what makes this show special. Retail stores really do become close knit like that, too, but it’s extremely funny to watch that play out on screen.

I was a little bit amazed that they were able to take a silent character like Brett and turn him into this comedic powerhouse without him ever saying a word. Each employee mourned him in their own way, and he showed back up and they took it all in stride. Dina was scared about the future. Cheyenne and Mateo were opportunistic. Brett definitely had one VERY strong admirer in the bunch, too. But every reaction to Brett’s death felt both realistic and left me laughing and wanting more.

Comedically, this was a strong episode all around. I was so pleased with every inch of it. Especially Sandra, who has low key become the best character on this show. From her being slightly pleased with herself at nearly letting Carol die, to genuine gratitude for Jonah’s compliment about lying, to only knowing one song on the ukelele, I’m just not sure this show would be the same without her. I may have just reached peak Sandra appreciation, because I actually felt bad when she mentioned Jerry’s feeding tube.

I found this episode to be absolutely delightful. I laughed, I cried, and I can’t wait for the next one. Superstore is clearly continuing its reign as one of the best comedies on TV.