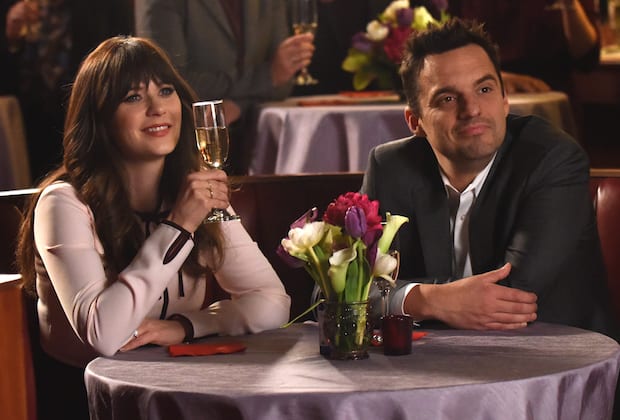 New Girl could have ended after last year’s season finale, which saw Winston and Aly engaged, Cece pregnant with a loving and supportive Schmidt by her side, and Nick and Jess finally back together. It could have ended with those elevator doors closing, Ellie Goulding’s “Green Light” scoring the whole scene. It could have ended there, but I’m so glad it didn’t. A last-minute, Hail-Mary pitch from New Girl creator Liz Merriwether convinced FOX to let the comedy come back for a seventh and final season, one that jumped ahead three years so that Nick and Jess were a couple about to take the next step in their relationship, Schmidt and Cece were parents to their three-year-old daughter, Ruth, and Winston and Aly were married with a house of their own, and expecting their first child.

Not every episode from this season has been a standout, and honestly, very few of them reached the heights of New Girl‘s heyday (but in fairness, those are some pretty crazy heights to reach). But it didn’t matter to me because I enjoyed spending more time with these wonderfully weird characters, watching as they each evolved into slightly more responsible, slightly more mature versions of themselves. This entire final season has been a victory lap, a celebration of what makes New Girl such a special show and one of my favorite comedies of the past decade (quite possibly my favorite), and that celebration only gets amplified throughout the show’s one-hour series finale, as the loftmates get together to attend Nick and Jess’s wedding and then spend one last day together in the loft reminiscing about all the moments that brought them together. All of it is sweet but never too sappy, emotionally authentic without ever sacrificing the opportunity for a damn good joke, and odd and strange and goofy in the best of ways. Essentially, the finale is New Girl at its most New Girl, and that’s what makes it so darn perfect.

The first half hour of the finale, “The Curse of the Pirate Bride,” is a great culmination of Nick and Jess’s romantic journey throughout the past seven seasons. It features plenty of nods to early installments, as Russell tries to break them up by using the valet cards he had them write on back during their first date. The two of them also mention how they first kissed while Jess was still dating Sam, and Jess’s parents walk her down the (hospital) aisle to Phil Collins’s “A Groovy Kind of Love,” which played during Nick and Jess’s iconic chicken dance in the series’ third episode ever.

When everything that can go wrong begins to go wrong, though, including Jess scratching her cornea with a dog toy and having to wear an eye patch (with a hilarious googly eye on top of it) during the ceremony, Nick and Jess start to believe they might be cursed, but it doesn’t take them too long to realize that this “curse” is just who they are. Things never go according to plan for them; they’re always weird and messy and never one hundred percent perfect. But that goes back to what Jess said last week in “Mario” about Nick’s proposal: “It’s perfect for us.” And just like that proposal, Nick and Jess’s wedding is perfect for them because it’s not traditional, and it brings everyone who is most important in their lives, including a mid-labor Aly and over-excited Winston, together. That’s all they need. That’s all that matters.

And the group being back together again is also the most essential part of the finale’s second half, “Engram Pattersky,” which focuses on the five loftmates saying goodbye to the place that first united them as Nick and Jess prepare to move out of the loft within 24 hours after being evicted. Jess, of course, is the ringleader of this walk down memory lane. She calls Schmidt, Cece, and Winston over not to help her and Nick pack but to do things they’ve never done in the loft, such as stand out on the balcony all together, and to reflect on the many memories they created while living in the apartment together, some of which we have seen and others (like Jess hilariously being attracted to Winston for a couple minutes) we have not. For Jess, the loft is the place where she met all of them, where they all became friends, and thus it is the place where all the best things in her life happened.

All in all, New Girl‘s final half hour is more funny than it is sappy, and that’s true to the show it has always been, especially in its later seasons. Sure, the comedy could get dramatic and emotional when it wanted to, and when it decided to do that, it almost always did it well. However, more often than not, each week was a new farce with these wacky group of idiots, a cast of characters (and actors) who were always funny and got to make us laugh with their stupid antics on a consistent basis. That’s why it’s fitting that “Engram Pattersky” plays like a greatest hits album for New Girl, featuring a glimpse at the first-ever Winston and Cece mess-around, a collection of old junk that includes Nick’s garbage wand and Schmidt’s penis cast, and, of course, one last game of True American.

But within the magical nonsense that is True American, Liz Merriwether and her team find a small but powerful way to supply an emotional gut punch, as the scene of the gang playing the game in the present suddenly transforms into a flash-forward of them playing True American again but this time with cans of soda alongside their kids. It’s a simple but effective transition, one that had me going straight from laughter to tears, as we see Nick and Jess’s son in a Chicago Bears jersey, Winston and Aly’s DanBill running around with a sibling, and an older Ruth helping to lead the game for all the youngsters. And the most important part of it is that Jess, Nick, Schmidt, Winston, and Cece are still together. They might be older and married and have kids, they might not live together anymore, but despite the busyness of their lives, they continue to make time for each other in the future, just like they make time for each other during what they think will be their last day in the loft. No matter what changes life has thrown the group’s way over the past seven seasons, the one constant has been their friendship with each other.

That’s why, throughout its seven-season run, even with all the new jobs and relationships and pets (R.I.P. Furguson) that have come and gone throughout the years, New Girl has always been a series about the home we find within our group of friends. Because our friends are the family we choose to have, a family that love and accepts us for our flaws, not in spite of them. The loftmates on New Girl chose to be a family, just like Nick and Jess chose to marry each other and Schmidt chose to be a stay-at-home dad for his daughter and Winston chose to name his son DanBill. Life is a constant series of choices, some big and some small, but no choice is more important than deciding on the people you want to have in your life. New Girl‘s character chose each other and are all the better for it.

It was a much smaller decision when I chose to watch New Girl seven years ago and vowed to stick with it, through all its ups and downs, but just like Jess, Nick, Schmidt, Winston, and Cece, I’m better for it. It’s been an ever-present source of joy in my life, a way to escape from the harshness of reality, and I’ve loved every second I’ve spent with the loftmates of 4D. Thanks for the laughs, cheers, tears, and so much more, New Girl. You’re the funniest, weirdest, and best show about friendship a guy like me could ask for.

What did you think about the series finale of New Girl? What are your thoughts on the show as a whole now that it’s over? What your favorite scenes, lines, or characters? Comment below and let me know so we can continue to celebrate one my favorite comedies of all-time.

The loftmates gets together to celebrate Nick and Jess’s wedding and remember the good times at the loft in New Girl‘s wonderful series finale. 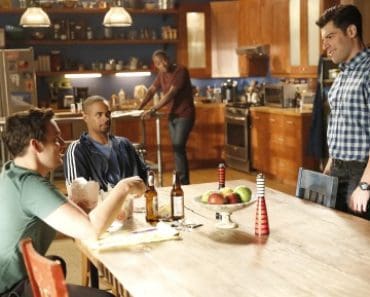