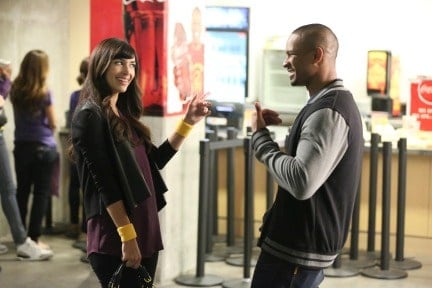 While last night’s episode of New Girl, “Longest Night Ever,” was by no means the funniest or must put-together episode of the show’s third season, it continued to illustrate that the New Girl team has an incredibly firm grasp on the characters of Nick, Jess, Schmidt, Cece, and Winston, and now, after only a few episodes, the show’s writing staff is figuring out how Coach fits into that mix.

While comedic talents of Damon Wayans Jr. have been enough to make Coach feel like a real, vibrant character in his short time so far on New Girl, Coach’s date with Cece during “Longest Night Ever” helped to round out any rough edges he had. Coach isn’t purely the exercise-obsessed, overly confident basketball player that we met in the pilot. As we see through his interactions with Cece, he can be nervous, neurotic, and insecure, just like the four others in the loft.

The structure of Coach as a character is not breaking any new sitcom ground in any way. However, by allowing Coach to show more than one side of himself throughout last night’s episode, New Girl ensures that Coach not only feels more real and authentic within the world of the series (and, by extension, more relatable to the show’s audience) but also validates that Coach could be a real romantic threat to Schmidt for Cece’s affections. Through the forming and shaping Coach as a character over the past couple of episodes, New Girl has constructed a love triangle that doesn’t feel cheap or manufactured, and due to the friendship between Schmidt and Coach, the stakes here are higher than they have been for Schmidt and Cece’s relationship. This isn’t Robbie, Shivrang, or Elizabeth that we are dealing with. Coach is now a core member of show’s cast of characters, and he is someone that will be around the series (and thus will constantly be a viable option for Cece) for a long time.

Along with Coach’s development over the past few episodes, New Girl has also done a great job at finding new, believable modes for its pre-established characters. Nick and Jess do not receive as much focus in this episode as Schmidt, Coach, or Winston; however, over the course of New Girl’s third season, when episodes have not primarily focused on the problems within their relationship, we’ve seen the effect that the couple’s connection has had on them as individuals.

Tonight, for example, Nick takes on the responsible role of helping out both Schmidt and Winston in different ways. While Nick has always appeared to be a loyal friend throughout the series, New Girl has consistently made it clear that Nick Miller is a man that shies away from responsibility when faced with it, and that is why when we see him trying to keep Schmidt’s mind off of Cece or tracking down Ferguson with Winston (despite how ridiculous these responsible actions may be) we take notice. Nick Miller has ever so slightly shifted from the guy who attempt to grow tomatoes on the roof to avoid dealing with his own relationship problems to the friend who is actively taking on the chance to help one of his best friend’s deal with his own romantic issues, and that is in large part due to the effect of Jess upon him.

Similarly, Jess has somewhat taken on Nick’s more eccentric behaviors. As we see in last night’s episode of New Girl, Jess finds herself making the ridiculous decision to hit Schmidt with her car because he continuously begs her to. While the comedy here is really broad, it works because of how Jess has slowly evolved throughout this season, and even going back to last season. Once New Girl stopped making Jess the girl who constantly sang and was freaked about anything romantic related, not simply wearing her quirks on her sleeves but stamping them in big red letters on her forehead, the series allowed here some room to be a little more crazy and reckless, qualities that have only be more amplified due to her relationship with Nick and have transformed Jess into a much funnier character than we met in the pilot.

Furthermore, by looking at Schmidt throughout this season of New Girl, we can see how the writers have embraced his ambitious desires to have it all by (through his insensitive attempt to date both Cece and Elizabeth at the same time) but also his sense of responsibility and loyalty to his friends. When Schmidt asks Jess to hit him with her car, he brings up all the reasons she should hate him: he cheated and lied to Cece, then blamed Jess and Nick instead and tried to break the two of them up. The Schmidt who ran away from both Elizabeth and Cece is last season’s finale was not able to deal with his feelings for both women, let alone his own mistakes, but by hitting rock bottom after believing that he could have had it all, Schmidt has become the most healthy, well-established version of himself.

And when it comes to Winston, well, the New Girl writers have just embraced the hilariously goofy quirks that he has shown since season one. Not only does Winston just sing along to the Wicked soundtrack alone in the car or drink fruity alcoholic drinks that make him a weird, funny drunk, but he also showers with his cat, Ferguson, and finds a one-night-stand in an female bus driver, Bertle, the only woman that loves her pet as much as Winston loves his. Was this the most obvious direction for Winston to go in after we first meet him back in season one? Of course not. Like New Girl itself, Winston has changed and molded himself into something strange, odd, and, at times, completely ridiculous, but that doesn’t mean that it also isn’t great.

Nick’s ideal date night with Jess: “Romantic dinner and Homeland.”
Winston and Ferguson shower together. I repeat: Winston and Ferguson shower together.
Winston’s attempts at picking girls up while he was out with his work friends were great.
New Girl did a good job at tugging at my heartstrings with the scene where Schmidt and Jess see Cece and Coach hooking up outside of the apartment building.
Schmidt was on fire with his quotes last night. My three favorites: “I will live in the shadows. Just slivering. Trolling. Just living in the darkness.”
“That year Hurricane Schmidt did demolish several beach communities.”
“She’s on a flip phone, Jess. Either she’s poor or a time traveler.” 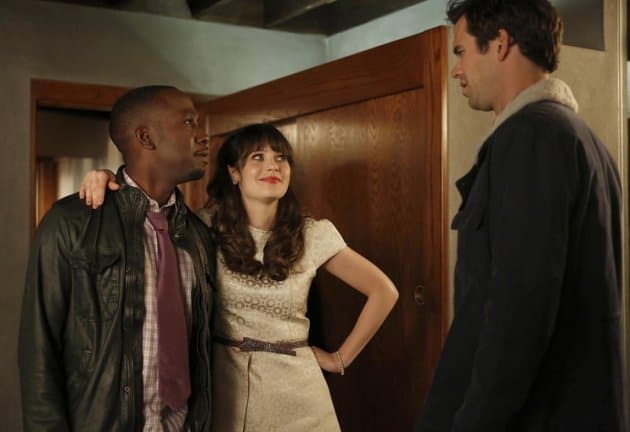 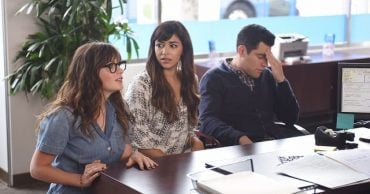 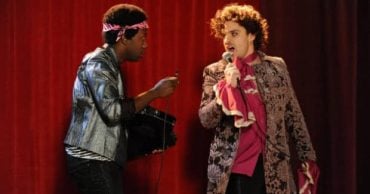 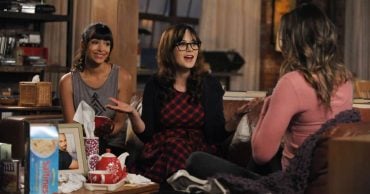 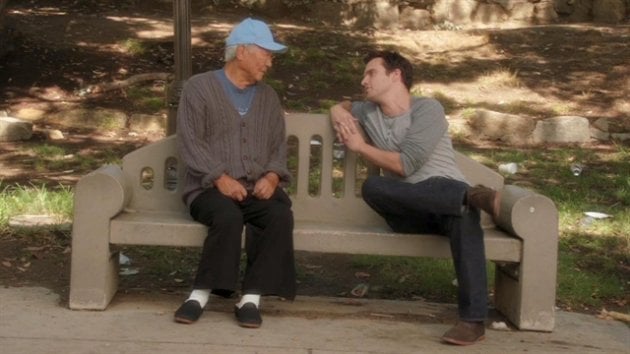 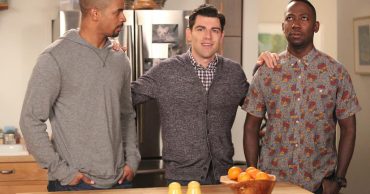