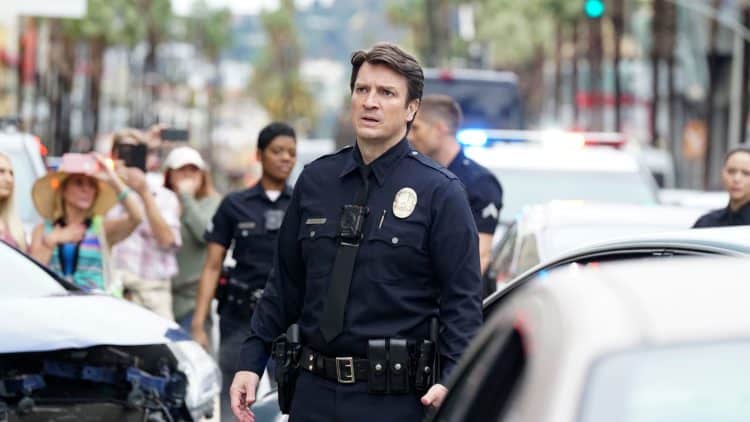 Whether you love Dr. Horrible’s Sing-Along-Blog, Castle, Firefly/Serenity, or even Guardians of the Galaxy, you’ve seen (or heard) Nathan Fillion. This hilarious and handsome actor is well loved for his jawline and his sense of incredible and heartwarmingly nerdy humor. As Hollywood hunks go, there just aren’t enough gamers and comic book lovers for our taste, but among the ranks, we can, fortunately, count the incredibly talented Fillion. Being a nerdy, yet surprisingly good looking actor isn’t the only noteworthy thing about him. We’ve found twenty intriguing facts for you to enjoy.

Nathan was always interested in theater, but he didn’t land a major role until 1994. (He was in Ordeal in the Arctic in 1993, but he played a smaller part in the TV movie, so we’re not going to count it as his first real break.) He moved to New York in the 90s and went to college for a while, but when he got the part of Joey Buchanan on One Life to Live he knew he’d found his calling and dropped out. A couple of years later he was nominated for a Daytime Emmy as an Outstanding Younger Actor in a Drama Series, and though he didn’t win, it all worked out for the best. The actor has been a part of our television and movie experience for decades.

Nathan’s parents Cookie and Bob are both retired English teachers. That was the career path Nathan intended to follow himself until he got the part on One Life To Live and dropped out of college. He also has an older brother named Jeff. Pictures of the brothers show the genetic tendency toward producing good looking and smart guys. Jeff is a high school principal who has daughters of his own and reportedly shares his little brother’s love of all things nerdy.

Lots of stars contribute to charities, after all, there’s a tax write off in it, and you get to create some goodwill with the fans while you do it. Sadly, fewer stars are deeply committed to a cause. Nathan Fillion and (author) PJ Haarsma co-founded their own charity in 2006. The aptly named Kids Need To Read is a charitable organization aimed at increasing literacy and getting books into the hands of underprivileged kids by helping supply them to libraries.

With his love of all things geek, Nathan is probably especially proud of his parts in video games. He’s been in ten of them. He played God in Saints Row: Gat Out of Hell, and starred as himself in Family Guy: The Quest For Stuff. Additionally, he’s been in four different Halo games. In Halo 5: Guardians he also lent his likeness and did some motion capture filming for the game.

Martin Firrell has been doing some stunning thought-provoking art in France’s public spaces for years. Since 2009 Nathan has been the subject of a couple of pieces of that art. Complete Hero is a digital projection that includes other heroes but begins with Nathan’s face as a stereotypical example. Metascifi is a digital app that uses US sci-fi series as a source for strategies to ‘live well.’

Putting up with screaming fans and paparazzi is all part of a days work for a beloved actor. The occasional stalker can cause some trouble as well. Fortunately, there are plenty of perks to the job that helps offset the more frustrating or even frightening moments in a star’s life. Getting actual awards for your work is one of those perks. Nathan has won a no less than four different People’s Choice Awards. It’s no surprise given how many fans he has. Nathan really is the people’s choice. He also has an additional two TV Guide Awards among others.

If I win the People's Choice Award tonight I promise to intolerable at work and wear it around my neck.

Nathan is known for his excellent sense of humor. You don’t need to look any further than his Twitter account to find some great funny moments.  It’s no surprise he gets along so well with Alan Tudyk and Neil Patrick Harris, who are both fabulous actors and known for their wonderful, funny moments.

8. What’s The Strangest Job You Ever Had?

You may not know that Nathan can sing, but it’s true. He’s even won awards for his voice, but more importantly, we love this next odd fact. According to Rotten Tomatoes, Nathan once worked as a singing telegram. We’d hire him to sing anytime. As strange jobs go, it’s not quite as outrageous as Channing Tatum’s time as a stripper, but we still think it’s marvelously bizarre.

Though we aren’t quite sure what difference it makes, beyond which hand he holds his cell phone in Nathan is deaf in one ear. In 1977 he lost his hearing in the left ear. We couldn’t find any further details, so, unfortunately, we can’t say it’s a cautionary tale about running with scissors or a tragic story of an ear infection gone wrong. We’d only be guessing.

Not a whole lot of people can claim a Prime Minister as a friend. Despite his move to US citizenship Nathan Fillion maintains a friendship with Canadian Prime Minister, Justin Trudeau. We’re not sure if this means the prime minister reads comic books and has a great sense of humor, but we’d like to think so. Not enough public officials have a depth of character that includes nerdy touches and obvious humor.

Though Nathan was born in Edmonton, Alberta Canada, h’s been a US citizen since 1997. Sorry Canada, we seem to steal a lot of your actors, but please know we appreciate them a great deal. Plus, you have the whole universal healthcare thing going for you, so we think you can probably afford to share a little talent without it damaging your incredibly healthy country.

There you have it; he’s a bit of a nerd. Like many other stars of this era, he’s not shy about his love of certain ‘nerdy’ subjects. We appreciate a star with a collection of something awesome like that. He’s made appearances at a number of comic cons. In fact, his show with co-star Alan Tudyk, Con-Man revolves around conventions. The pair launched a comic of their own on Free Comic Day back in 2015.

Every fan wants to know if their celebrity favorite is taken or not. Nathan has been romantically linked with several actresses. Most recently he began dating Krista Allen in 2015. Rumors built up about the two possibly planning to marry, but the rumors have stopped. This leads us to believe the star may be single again since the couple has never been shy about posting with each other.

14. There’s a Ranker Page Devoted to His Dating Life

Nathan’s dating life is something so many people want to know about that there’s an entire Ranker page devoted to his dating life. We have no idea whether the star finds this intrusive, hilarious or flattering, but it’s out there. Certainly, the ladies he’s dated may have a few things to say about being ranked by fans.

Media Mass seems to make a semi-regular practice of telling tales about him. They call it satire. While it’s fascinating to watch them fail at Fillion, there’s no apparent truth to anything they say about him, and we are left scratching our heads as to how… just retelling false stories is a ‘thing.’ Nathan was not the subject of a hacker leaking nude photos of the actor. He is also not about to become a father and did not knock up his ex-girlfriend by all reports. Additionally, he appears not to be gay, or at least most of the people asked don’t think so. We’re not sure if you can vote on a star’s sexuality, but someone did, and Media Mass posted the link.

While Fillion was fortunately not subject to the violations of a hacker, he did do a nude scene once. It was entirely in keeping with the character, and he looked great. He even appears to have a tattoo on his hip that is covered by clothing. The scene is a result of his character on the show apparently falling victim to a woman who conned him before. In a shocking turn of events, he and his crew actually outwit the vile vixen, but not before she takes his clothing and leaves him in the desert. Many actors and actresses never do a nude scene, but you can see (most of) Nathan in the episode called Trash.

17. Not Quite Universally Loved

Though fans, friends, and family all love Nathan, apparently that may not have been the case on Castle. While Fillion and Katic are rumored to have dated things ultimately didn’t work out between the two since Katic left the show and is said to have been bullied by Fillion. We don’t know the truth, but we do know that no one is perfect and things can get unpleasant between exes. Castle let the actress go before they decided to cancel the show.

During the filming of Castle Nathan made around $100,000 per episode. Though it’s far from the highest take-home pay in TV, that’s a hefty sum. The star’s net worth is estimated at around $18 Million.

It’s hard to believe, but Nathan Fillion was born on 27 March 1971, and that means he turned 48 this year. For a guy who’s fast coming up on 50, you certainly can’t tell.

While Nathan has not been married and has no confirmed children, there is an unconfirmed rumor that he may be the father of one of Hollywoods most private motherhood stories. Felicia Day kept her pregnancy a secret until three weeks before her daughter was due and has never spoken about who the father was. Due to the timing of Fillion and Day dating and how close the stars seem, there is a rumor that Calliope Day may be his daughter. Of course, no one who knows is talking, so it will remain a rumor until and unless the stars decide to tell all.

He was almost The Green Lantern in the Marvel Green Lantern movie. Fortunately/Unfortunately Ryan Reynolds was given the part instead. We love Ryan too, but we think Nathan would have done a great job playing the iconic and fearless Lantern from the earth. He went on to voice the character in four different animated films instead.

Nathan Fillion is one of our favorite Hollywood Heartthrobs over 30. Youth and exuberance will always have a place, but there’s nothing quite like experience to carry the day. We have been fans of Fillion’s career for decades and are looking forward to seeing whatever he does next. With season 2 of the Rookie still unconfirmed, we’re not sure what exactly that will be, but as soon as we find out, we’ll go get our popcorn. There’s always room for more Nathan on our screens. 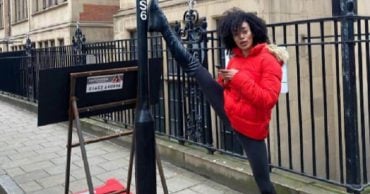 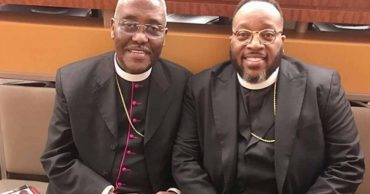 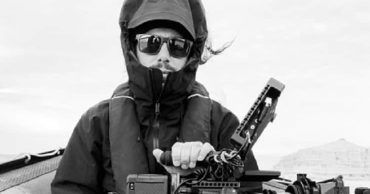 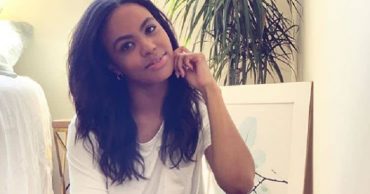 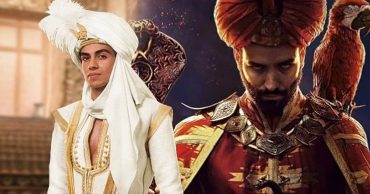 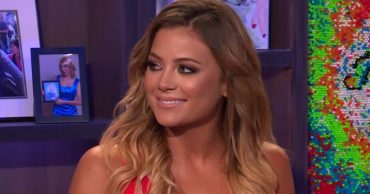