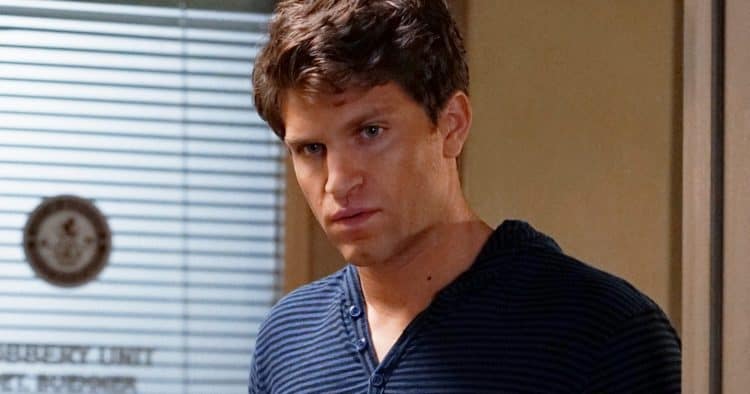 Keegan Allen was in his early teens when he started his acting career. Within three years of making his first TV appearance, he landed a main role in the series Pretty Little Liars. While being in the entertainment industry isn’t easy, Keegan has managed to avoid all of the pitfalls that commonly occur when people try to transition from being child stars to adult actors. After Pretty Little Liars ended in 2017, Keegan only had a couple of minor roles. In 2021, however, he came back in full force with a main role in the new series, Walker. The show has given Keegan another chance to share his skills and show the world just how wide his range is. Continue reading for 10 things you didn’t know about Keegan Allen.

1. His Father Is An Actor

Keegan was born in California to a very close knit family. His father, Phillip R. Allen was an actor who found success on the stage and on the screen. He was best-known for his role in Star Trek III: The Search for Spock. Sadly, Phillip passed away in 2012 when he was 72-years-old.

The world knows Keegan as an actor, but his creativity runs far deeper than many people realize. In addition to acting, he is also very passionate about photography. He loves taking pictures and he’s a natural when it comes to capturing priceless moments. In 2015, he published a photo book called life.love.beauty.

Keegan has never really said much about his religious beliefs, but we do know that he comes from a Jewish family (his mother’s side) and he was brought up in the faith. He continues to identify as Jewish, but it’s unclear whether or not religion plays a major role in his life as an adult.

Photography and acting aren’t the only creative skills Keegan has to offer. He is also a very talented musician and he loves writing songs, singing, and playing the guitar. During an interview with XO Diva D, Keegan said “I have been holding onto my music privately for almost a decade and now that I am slowly releasing it, it brings me so much joy to hear other interpretations of it. Music is always sharing to me.”

5. He Spends A Lot Of Time Outdoors

Keegan may be a huge star, but the simple things are still what bring him the most joy in life. One of those things is enjoying the beauty of nature. He loves being outside and he spends a lot of time doing things like going hiking, exploring, swimming, and fishing.

There are plenty of actors who stay away from some roles because they don’t want to be associated with certain types of characters. Keegan doesn’t seem to have that fear. He told Teen Vogue, “I really like playing the bad guy. There are so many more objectives to play when you’re mad or villainesque, or when there’s some agenda that you have. That’s drama, that’s where the heart lives. I love playing the bad guy, but especially the bad guy who’s still with the girl.”

Keegan has a very adventurous side and he’s always up for a good adrenaline rush. One of his favorite ways to get his blood pumping is to head out for a ride on his motorcycle. It appears that he has been riding for several years, and he loves checking out all of the beautiful scenery.

Keegan is all about living a healthy lifestyle and that means he’s very mindful about what he puts into his body. While talking with Seventeen Magazine, he revealed that he doesn’t eat fast food.  Instead, he prefers to to follow a more organic diet. Keegan’s healthy choices will help him look and feel his best for years to come.

9. He’s In A Relationship

During his time on Pretty Little Liars, Keegan earned heart throb status. People all over the world couldn’t get enough of him and there’s no doubt that his DMs were constantly flooded. While the attention is probably flattering, Keegan isn’t interested. He is in a long term relationship with a model named Ali Collier.

10. He Loves Keeping In Touch With Fans