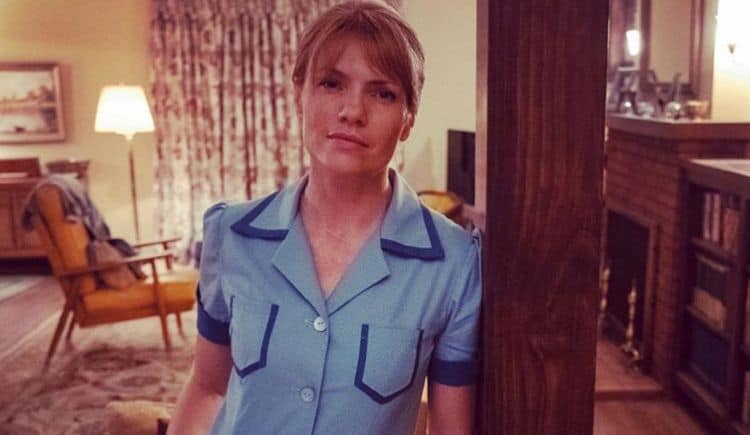 Kathleen Rose Perkins is a high-powered actress, with both feet solidly planted on the ground. She enjoys variety in her craft, and prefers to switch up her roles, from comedy to drama on a regular basis. She began her career in the entertainment world in 2001, playing Eliza in The Fighting Fitzgerald’s. Today, Kathleen has 71 film and television credits to her name, with many more on the way. To help you get to know Kathleen a little better, we’ve compiled a list of 10 facts about her which you might not know. If you’d like to keep up with Kathleen on your own time, please visit her Twitter and Instagram.

Kathleen came into the world on November 15, 1974, which makes her a member of Generation X. That makes this highly respected TV actress a Scorpio, with a life path of 2, which means she is artistic, a good friend and partner, plus a fabulous sense of humor. In Chinese Astrology, she’s a tiger. Her gemstone is Beryl, birthstone is Topaz, and mystical birthstone is the pearl. Kathleen’s personal life motto is one that accurately represents how she handles herself in life: “Write it down. Do it. Then check it off.” The number one song on the radio was John Lennon’s Whatever Gets You thru the Night, and the Allies won the Battle of Guadalcanal.

2. The Very Private Kathleen Does Indeed, Have a Boyfriend

The mark of an accomplished actress, is to be able to play characters completely different to who they really are as a person, and do so with confidence. While she has played the role of a mother on the screen, in real life, she doesn’t know how to parent as she’s never had to. In fact, her long-time boyfriend, comedy writer, Christopher Moynihan and she have been in a relationship for well over 15 years, and she has no plans on getting married or raising children. Christopher, is a devoted, kind and compassionate man. When she was about to have surgery, she admits to being very frightened. However, according to the attending nurse, as soon as he showed up, her pulse fell from 120 to 99 beats per minute.

Did you know that there was a wiki for feet? Well, neither did we until we accidentally found out that Kathleen’s feet have their own page. It’s not everyone’s cup of tea, but do exist a few people out there, both men and women, who like to admire a good pedicure from time to time. At this complimentary and good-humored wiki site, Kathleen’s feet have been given a 5 star rating by her fans, and I’ll bet that’s something you just didn’t know about!

4. She Has a Black Belt in Taekwondo

Taekwondo is a type of martial arts that saw it’s beginning in Korea. This time-honored art form specializes in swift, quick and high kicks. Through many years of training and dedication, Kathleen secured a third degree black belt for herself. In fact, she can sometimes be found at the National Tae Kwon Do Center in Pasadena, practicing her moves. However, as skilled as she is, things do happen. You see, she was actively experimenting with some Taekwondo moves and became injured, as she puts it, “I was doing things I shouldn’t have been doing with my body”. The result was a torn labral cartilage, which meant she had to undergo surgery. If that’s not all, Kathleen is a fitness fanatic who grew up with four elder brothers, and a dad who was a physical education teacher. Following her brothers advice, she took up P90X, or Power 90 Express, an intense workout regime designed for getting ripped fast.

5. She had Requested an IV Drip During an Interview

You read that right, this woman is nothing if not brave, straight forward, and witty. During a 2015 interview with Men’s Health magazine, her and the interview went toe to toe, having IV’s needles stuck in their veins, with the tubing being connected to plump, fluid filled bags of vitamins. What they were undergoing was a new sort of voluntary treatment called Intravenous Hydration Therapy, the Megaboost, which costs around $99 per person. It’s meant to give those who find themselves with raging hangovers a quick pick-me-up, and rapidly get them on their feet. Needless to say, the interview hit the roof, with both enjoying their Megaboost.

For those who are unaware, an anglophile is someone who is deeply entrenched in all things British, and that includes their television shows, and Kathleen is a self-described anglophile. She loves Downtown Abbey, and was totally stoked when Monty Python star, Eric Idle congratulated her on her performance in the series, Episodes. She enjoys the British productions of both the new and classic tales a bit more than Americanized ones.

She’s strong, well-built, smart and yes, sassy. She’s a fortress who’s in complete control and can resist any and all temptations–except chocolate. Kathleen admits to being able to stave off any gastronomic temptation during the day. But at night, when the sun sinks low behind the horizon, Kathleen wants chocolate, and in her words, “I don’t care what I have to do to get it”. However, to be fair, she has come up with a healthy way to enjoy her treat, breaking her chocolate up into small pieces, and mixing it with nuts and dried fruit.

8. She is an Aspiring Writer

Her dream is to be able to add writing for television and movies to her career resume. At present, she’s busy practicing her craft, and has written a screen play and a few pilots, none which have seen the light of day. Her first taste of writing occurred when she decided to write and star in the 2006 film short, About Last Night. So far, she’s centering on comedies for and about women, and would really like to create another series like Laverne and Shirley, and perhaps write a one-woman show.

9. No Matter Where in the World She is, Kathleen calls L.A. Her Home

Though born in New Baltimore, Michigan, it’s L.A. that Kathleen calls home. This fitness guru treasures her time hiking in the San Gabriel Mountains, taking a quick bite at the Mar’sel restaurant in Rancho Palos Verdes, or enjoying a few drinks with friends at the York. Her favorite place in L.A. to re-energize is at the Terranea Resort, who she says has the best spa and weekend getaway. As for the best shopping experience, she heartily recommends the following shops, Therapy and Letters From LA.

10. She has a Love of Jigsaw Puzzles

As can be seen by this image on her Instagram of one of her finished jigsaws, Kathleen has big love for these puzzles. But, Jigsaw’s are not the end of her fascination with solving puzzles. She also enjoys playing Sudoku among others. Regarding her love of solving puzzles, she states, ” I am a big fan of any kind of puzzle like Sudoku and jigsaw puzzles involving figuring out where to put certain pieces. I get very calm and very serene and it’s just so satisfying. I don’t have a big moment when I finish. I just go, “oh, what’s next?” So I just work on the next puzzle.”

10 Captivating Crime Movies With Iconic Scenes That Were Crowd Pullers