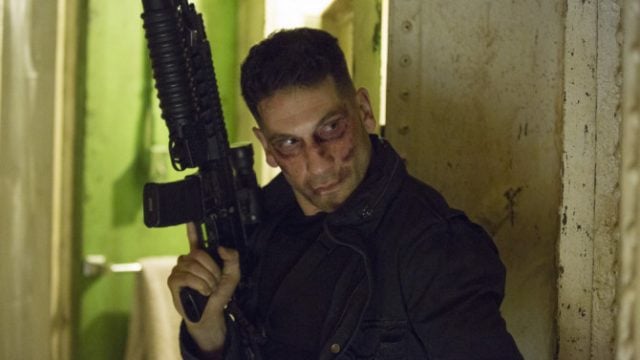 Jon Bernthal is the actor who plays Frank Castle in the Marvel Cinematic Universe. As a result, he was the main character in The Punisher, though it should be mentioned that the web series was far from being his first appearance in the franchise. With that said, it is interesting to note that Bernthal had some serious doubts about becoming part of a superhero franchise such as the Marvel Cinematic Universe even though there is so much consumer interest in superhero media at the moment.

Why Was Jon Bernthal Hesitant about Becoming Part of a Superhero Franchise?

Bernthal’s initial hesitation in becoming part of the Marvel Cinematic Universe is based on the fact that he had no real interest in superhero media. However, he was still willing to take a look at what playing the Punisher would have entailed, which convinced him to give the role a chance because Frank Castle had neither a mask nor superpowers. Instead, the character was a husband and a father who had undergone a traumatic event, which was something that Bernthal could relate to because of his own status as a husband and a father. By the time that Bernthal had finished filming for Daredevil, he had become convinced that his decision to give the role a chance was the right one.

With that said, Bernthal is far from being alone in his hesitation in playing a character in a superhero franchise. After all, while both the Marvel Cinematic Universe and the DC Extended Universe have managed to secure a number of respected actors for their settings, there are also a lot of actors who have chosen to remain clear of them. In fact, one of the side-reasons that Bernthal had some initial reluctance was because some of the actors that he respected had remained clear, which contributed to his thinking until he decided to take a more thorough look at one of the more different characters in the Marvel Cinematic Universe.

Beyond this, it should be noted that some people are concerned about superhero media fatigue. Simply put, consumers love superhero movies at the moment, but that was not always the case in the past and this might not always be the case in the future. As a result, it is not unreasonable for actors to stay away from superhero media because of the sheer amount of competition that can be found on the market, which could easily drag them down if they make the wrong choice by signing up for the wrong project at the wrong time.

Overall, The Punisher was well-received, so much so that it seems probable that the people running the Marvel Cinematic Universe will be interested in seeing Bernthal make further appearances as the character in further material. It seems that Bernthal would have no problems with playing Frank Castle in further seasons of The Punisher, which has a feel of its own that is distinct from the feel of the rest of the Marvel Cinematic Universe. However, it will be interesting to see whether Bernthal will be willing to play the same character in crossovers with the other web series in the same setting, which are much closer to what most people imagine when the concept of superhero media come up in their minds. With that said, considering that he made his debut in Daredevil, that could be nothing but excessive worrying based on nothing at all.