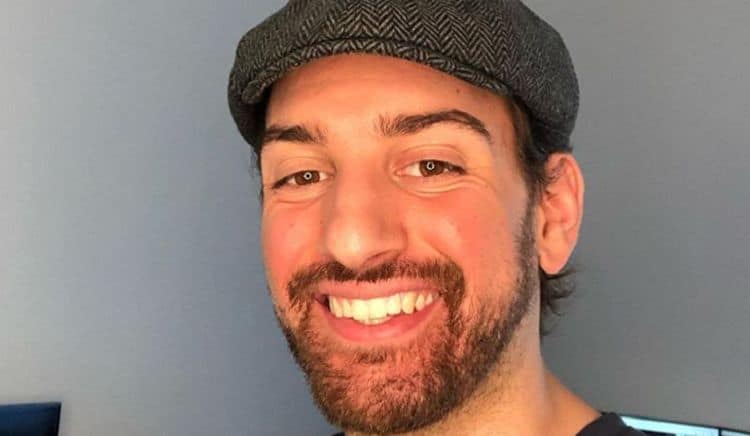 A lot of us have known one or more pranksters in our time as they’re the people that tend to keep life interesting by making sure we’re on our game or kept on our toes fairly often and don’t get too comfortable on a daily basis. Joey Saladino, or Joey Salads, is one of those that tends to take the prank idea a little too far now and again and apparently can’t find fault with his methods as he’s trying to entertain his millions of followers. What this proves unfortunately is that people are willing to watch just about anyone so long as that individual is willing to pander to the lowest common denominator, meaning that they’ll do whatever it takes to get people’s attention and keep it. In this case however that bid for attention means doing and saying things that are seen as highly controversial and aren’t exactly expected to make Joey the darling of any huge fan base despite the followers that continue to watch what he puts out on YouTube. Some folks might be nice and their pranks might get looked as harmless, but now and again such folks take things a bit too far and can’t willingly admit it.

Here are a few things about Joey you might not have known.

This happened just recently and despite what anyone wants to say about freedom of speech and expression, Twitter still has its own rules and regulations to follow and if a person repeatedly breaks them there are going to be consequences eventually. One can almost think that Joey is already trying to find a way back on using another account however. Ross A. Lincoln of The Wrap has more to say on this matter.

9. Joey is a failed congressional candidate.

Thinking that you can get in the political ring and box is a lot different than actually going head to head with politicians that have spent years in their profession and have more knowledge in their pinky concerning various policies and laws. This was an attempt that wasn’t bound to go anywhere, but he still felt the need to try.

8. Somehow he managed to urinate into his own mouth.

It’s not just the fact that he did it and claimed he didn’t swallow, ugh, but it’s the idea that he did it live for people to watch and people ACTUALLY WATCHED. This is one of those times when a person should be seeing red flags in the near distance as a sign that this guy isn’t all there.

7. At one time he tried to spark a Twitter fight with Alexandria Ocasio Cortez.

Not everyone has a love for AOC but it does sound as though Joey tried to instigate a Twitter fight with her after she blocked him, citing that she was attempting to suppress the freedom of speech. Unfortunately for Joey being blocked on Twitter by an individual user doesn’t really fall into that same idea, since a person can block another person simply because they find them bothersome.

6. As one might expect he has quite a few followers.

Joey has millions of followers across his social media accounts and is also highly active on YouTube, which has seen the rise and fall of several ‘stars’ through the years now as so many people have found out how to earn money by posting material that others will watch.

5. He’s been well known for pulling a lot of pranks that have been deemed racist.

One might think that in this day and age anything that’s deemed as obvious racism (not just anything a person disagrees with) would be a bad idea to flaunt. For the sake of a prank though Joey is willing to go that far and further. Will Sommer of the Daily Beast has more on this topic.

4. His net worth isn’t great but it’s still a little bit impressive.

He does make a good living as a YouTuber which is still fairly frustrating since a lot of those on YouTube that are making decent money don’t do much of anything and tend to convince people that they’r worth their money. There are genuinely interesting and entertaining people that are worth paying in order to see their content, but whether Joey is or isn’t is kind of subjective.

3. His fake social experiments have angered quite a few people in the past.

He’s conducted a few ‘social experiments’ in the past that have rubbed a lot of people the wrong way as they give the wrong impression of various individuals and groups thanks to his irresponsible and very questionable methods.

2. He’s become a little too good at dodging questions aimed at his conduct.

Much like anyone that thinks he’s just having a good time and showing people what they want to see, Joey doesn’t appear to think he’s in the wrong, ever, and continually dodges questions concerning his conduct as he continually explains why he does things and successfully escapes any real blame or need to apologize.

1. Joey is a college dropout.

Some folks might say “well that figures” but that’s still unfair since college isn’t for everyone, and Joey obviously learned that he wasn’t cut out for it but used the excuse that he wasn’t learning anything there. Instead he went on to learn how to fleece the people around him as the knowledge that folks will watch just about anything as long as it’s on YouTube became common knowledge some time ago.

If you couldn’t tell already, Joey Salads is something of a pest, no matter how many people might argue.