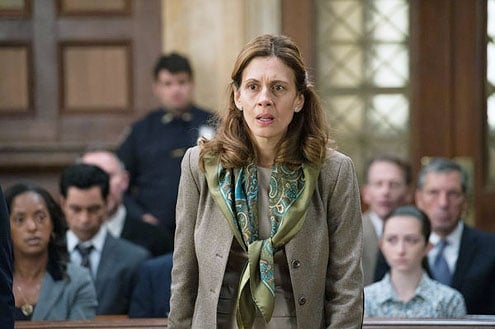 Jessica Hecht is an American actress who is best known for her role as Susan Bunch on the television series “Friends.” She is also known for her role on “Breaking Bad” as Gretchen Schwartz. She is an actress who is easily recognized for her minor roles in a variety of television series and films. We wanted to know more about her so we looked into her history and made some interesting discoveries. Here are 10 things that you probably didn’t know about Jessica Hecht.

1. Jessica comes from a family of professionals

Hecht’s mother and father are well-educated and were professionals. Her mother was a psychotherapist and her name was Lenore. Her father Richard Hecht was a physicist. Jessica was born in Princeton, New Jersey on June 28, 1965. Her family moved to Bloomfield, Connecticut when he was just three years old. She has a sister named Elizabeth who is two years her senior.

Jessica’s mom and dad divorced when she was twelve years old. Her mother remarried a man named Howard Iger who was a psychiatrist. He also had custody of his two children, a boy and a girl age five and three. When he and Lenore married, this changed the family dynamics and added three more people to the mix. Jessica and her sister were raised by her mother and step-father and they grew up with two step-siblings.

After graduating from high school, Jessica enrolled in classes and the NYU Tisch School of the Arts. She graduated with her bachelor of fine arts degree in drama in 1987. She wanted to become a professional actress and she made preparation for her career by building a solid foundation through education.

Jessica shared that she was raised in a Jewish household that was more on the secular side. Although there was a claim of faith, the family was not really that spiritual. Hecht is a fairly spiritual person. She is married to Adam Bernstein who is a film director and the couple wed in 1995. They have two children together. Their names are Stella and Carlo Bernstein. She is raising her family in a Reconstructionist Jewish household.

5. She is a humanitarian

Jessica Hecht has a big heart when it comes to those who are less fortunate than her. She joined forces with producer Jenny Gersten to create The Campfire Project. This is a wellness project that is theatre-based and plays in refugee camps. There is also a website associated with the project . This organization provides entertainment and opportunities for those who live in refugee camps to be exposed to the theater.

6. She is also a stage actor

Hecht was involved in the Joshua Harmon play “Admissions.” The play was performed at the Mitzi E. Newhouse Theater. She was joined by Ben Edelman, Andrew Garman, Sally Murphy, and Dana Ivey in March of 2018. Stage acting is in many ways more difficult than performing in front of a camera. The performances must be pristine and clean with as close to perfection as you can get because it is live and there are no retakes. Every line that is spoken matters so it takes a great deal of concentration and discipline to perform in a live setting.

7. Jessica was a nanny

When Jessica first arrived in Los Angeles, she was hopeful about establishing herself as a professional actress. The harsh reality of the matter is that she had to find a way to support herself until her acting career became established and lucrative. It’s a tough business to break into but she was determined. Her first job in LA was as a nanny. She cared for George Wendt’s three kids in 1993. Just two years later she would be married to her current husband and the couple would have children of their own to care for shortly.

8. She acted on Broadway

Jessica Hecht has performed in a number of plays both on Broadway and off. She appeared in Neil Simon’s “Brighton Beach Memoirs” in the role of Blanche Morton. The play ran in October of 2009 and was directed by David Cromer. She also appeared in Arthur Miller’s “A View from the Bridge,” in February of 2010. She appeared with Scarlett Johansson and Liev Schrieber, and the play was directed by Gregory Mosher.

9. Jessica’s plate has been full the past few years

2018 and 2019 were two very busy years for Jessica professionally. In 2019 she appeared as Lila Vogel in “A Beautiful Day in the Neighborhood,” in the TV series “Succession,” in “The Loudest Voice,” in the television series “Special” in a recurring role, and in “The Sunlit Night.” In addition to this, she also appeared in two episodes of the TV series “Dickinson,” and in “The Affair.” One thing is for certain and it’s the fact that Jessica Hecht does not have any problem finding acting gigs. She is an actress who is in extremely high demand. These were just the gigs that she accepted, and we’ll never know how many she might have turned down.

Jessica Hecht has an amazing 94 acting credits in her professional portfolio. She is still adding to these so we’re fairly sure that she’ll surpass the 100 mark in the near future if she continues on her current trajectory. She will appear in the television series “The Sinner, sometime in 2020. Jessica has also recently completed filming for a new film that is currently in the post-production stage of development. The title of the movie is “The Atlantic City Story,” and it is set to be released sometime in the year 2020. She plays the part of Jane. Jessica is on a roll when it comes to her acting career. She’s been incredibly busy lately and we expect this to continue until she puts on the breaks because she’s a hot commodity in Hollywood these days.