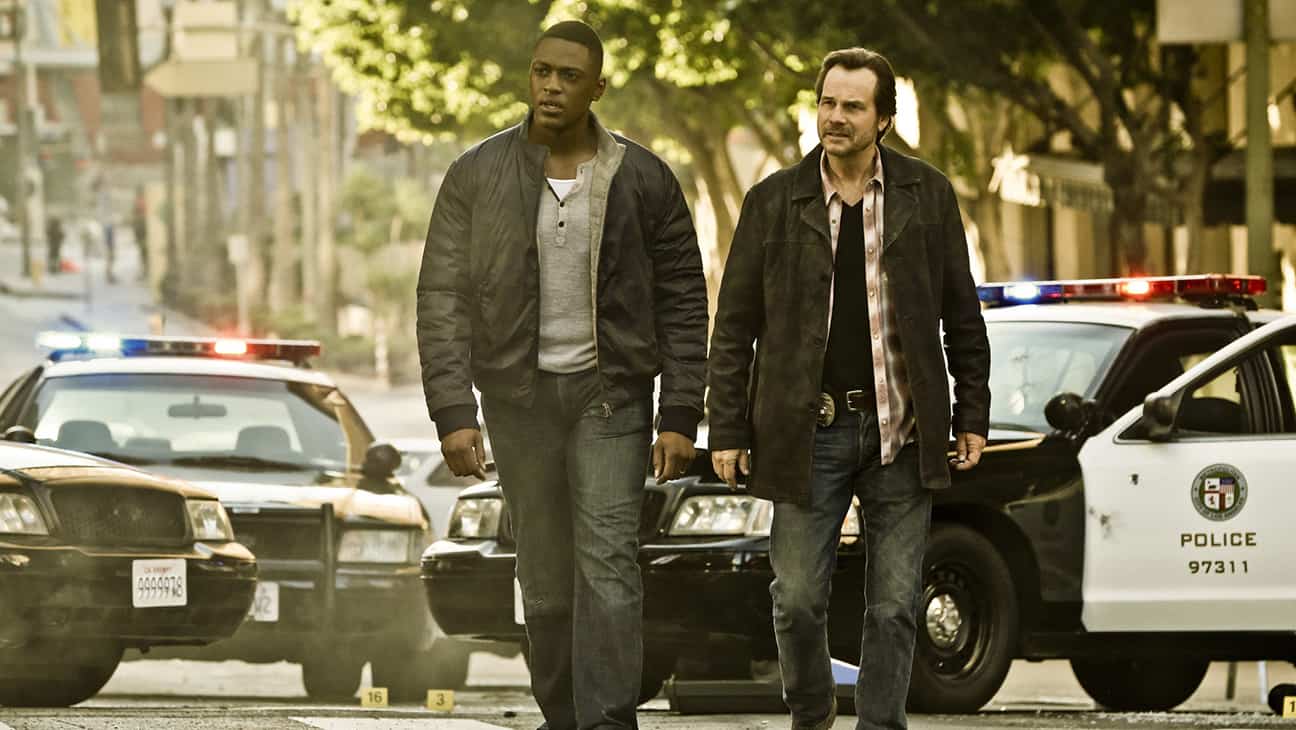 Whether you liked the original 2001 film, Training Day, or not there is no denying that this feature helped cement Denzel Washington as one of the best actors of our generation. It was the first time that the actor stepped into the villain role and Denzel Washington knocked it out of the park. The general consensus about the Antoine Fuqua vehicle is that it’s one of the best cop dramas in the early 2000s. Now, spoiler alert, Alonzo Harris is ruthlessly gunned down by the Russians after he fails to pay back the fee. There were no teases of a sequel or spin-off, but Hollywood being Hollywood, the executives saw a popular name brand and wanted to capitalize off it. That brings us to the 2017 CBS spin-off.

Fifteen years later, the world remains the same, but the cast of characters is different. This time, we’re following Kyle Craig, who’s going undercover in the elite Special Investigations Sections of the Los Angeles Police Department to spy on Detective Frank Rourke, who may or may not be such a good solider. Rourke seems shady in the vein of Alonzo Harris, and Craig must gather intel about the detective. The series lasted only one season due to poor viewership and critical ratings. One of the biggest issues with the series was that it was a glossy CBS procedural under the Training Day name. It failed to separate itself from your typical network cop drama and the characters were quite lackluster and bland. Rourke was just another stereotypical anti-hero, and what’s worse, the show didn’t hide who Rourke was. His moral ambiguity was obvious from the get-go, but that wasn’t exactly the major issue. The reason the original Training Day is so highly regarded is that it teased the complexity of human nature when put into a world that forces their hand. There’s no denying how much of a corrupt snake Harris is, but there’s an underlying mystery about his character that made him into the man that he was. Did the streets turn Harris into a corrupt and power-hungry officer? Or was he always a slimy human being who worked up through the ranks?

We’re given hints about Harris’ past, but we never got an answer. However, Harris didn’t view himself as a monster. He certainly didn’t make that notion known to Hoyt throughout the film, even when it becomes clear that’s he’s a snake. That ideology could’ve worked in the scope of a television series. First things first, get rid of the stupid procedural crap. Training Day shouldn’t have been on CBS in the first place. The network isn’t known for their high-quality shows.  The moment it was announced that Training Day would go to CBS then most fans knew it would end being some lame procedural. And it did. Second, the actor who plays Kyle Criag seems too clean. There was a certain grittiness to Jake Hoyt’s character where you believed that he could be in a world full gangsters and drug dealers. That wasn’t felt with Kyle Craig. I know he wasn’t portrayed as some gangster or thug, but he just didn’t fit into this world despite the show going out its way of making him seem like a good guy.

As I previously stated, the ideology of the original film works, if we generally saw a man struggling in a corrupt and broken world. The procedural format hinders that notion because there’s no chance for the characters to expand on the way they see the world, and their overall arc wouldn’t have been compelling. But even then, the more interesting aspect is following up is Alonzo’s son. He may have not witnessed his father’s murder, but he surely saw the neighborhood’s betrayal. Perhaps he opted to follow in his father’s footsteps? Or maybe he’s using his power to keep the place that he grew up down? Maybe he just ended being a gangster? There’s plenty of interesting avenues to explore that still plays off the original film but isn’t a copycat. The series is essentially a water down version of the 2001 feature. However, it could’ve actually been a prequel to the original film itself. Exactly how did Alonzo Harris become the monster that was parading around the streets? That’s where the true money is. Understandably, it’s probably hard to find an actor who can carry the role of Harris following Denzel Washington but that also could’ve been a direction that they venture into. Either way, exploring those living or working in poverty-stricken neighborhood could’ve been an interesting arc. We see a lot of hood films or shows, but we rarely get that prospective from police officers and how it effects they’re mentally working in the toughest city on the block. Training Day was a great idea that should’ve worked.