Home
Movies
How Long Does a Xenomorph Live? 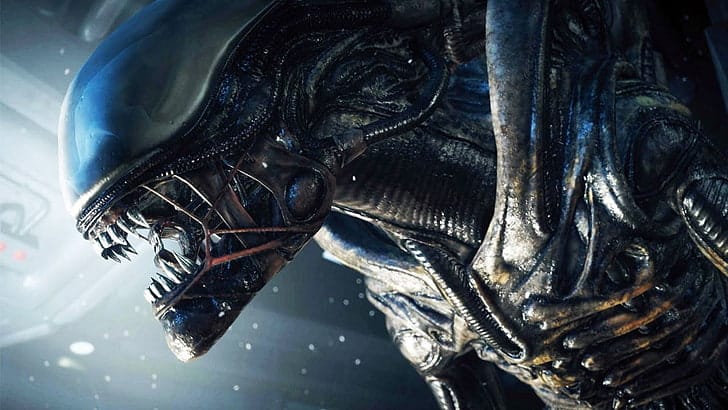 It’s easy to think that since the xenomorphs have been around for so long that everything might be known about them. But kind of like Yoda from Star Wars, there are a few things that aren’t quite as clear. Their ability to survive in some of the harshest climates has been documented in the many novels that have been written since the creatures have been seen to exist in locations that many other living beings couldn’t withstand without a lot of help and ingenuity. Aliens vs. Predator is one of the better examples since the hidden temple housed a queen that had been frozen and left for who knows how long. But then again, the technology of the Predators is something that’s still a little bit of a mystery too since it’s definitely light years beyond humanity. But trying to figure out how long the creatures can go without food, without fluids, and without action is kind of tough since like many things with their physiology it might actually depend on the host that they burst out of, and in turn, it could depend on the phsyiology of the queen laying the eggs.

There’s no doubt that the xenomorphs were bio-engineered at some point, as Prometheus and Covenant attempted to show this but ended up confusing a lot of people. The xenomorphs that we’ve known for so long are a product of their hosts and the shifting DNA that helps to bring them into the world since they take on the characteristics of those they’re about burst forth from. It’s fair to say that even the facehuggers that implant the embryos are changed with each new queen as well, since she is dependent upon her host for a number of different qualities. But the long and short of it is that the xenomorphs tend to evolve a little now and then, but generally keep their same shape and form unless something goes terribly awry.

Alien: Resurrection is a good example of this since the scientists that brought Ripley back really screwed the pooch and somehow gave the alien queen a human reproductive system that spawned a nightmarish hybrid that many were glad to see gone. But getting into how long they can survive, the xenomorphs are actually rumored to be able to survive without sustenance for a matter of days to centuries depending on the point of view that’s being used to answer the question. From human understanding it’s hard to get away from the idea that any creature that hunts, kills, and procures for a central figure such as the xenomorph queen could survive for more than a few days without something eat and without any fluids. But the genetic makeup of the xenomorphs is, understandably, enough to make them insanely tough as well as highly efficient when it comes to their movements and their bodily needs. There’s no doubt they need to eat, but it’s also quite possible that they don’t need to eat as much and can go for a while without. Plus, after watching the movies one should think that they’re able to hibernate for a while, and possibly use the food they’ve taken in to fuel these periods of inaction as they wait for a threat to emerge.

As to their longevity, that’s kind of a mystery since it would be easy to think that the different castes would enjoy different factors that might allow them to live longer or shorter lives than the rest of the hive. Much like insects, there are are different types of xenomorphs that exist within a hive as they serve different purposes and therefore have a different genetic makeup. Outwardly, most of the creatures look the same save for a few noticeable differences that set them apart. But when it comes to their internal clocks it’s fair to say that some of them have a short life expectancy while others have a longer one depending on their purpose and how quickly they’re spawned. This might sound like something that’s highly dependent upon the fact that they need hosts to impregnate to reach such numbers, but that’s rarely a problem whenever the xenomorphs encounter another population. These things were created for a few distinct purposes as far as anyone knows, and the need to kill, to feed, and to thrive are three of the main reasons they exist, if not THE three main reasons.  Imagining that these creatures can exist in hibernation for many years at a time isn’t too difficult since it would appear that their bodies are designed to withstand the ravages of time better than anything else. There’s no doubt that at some point their bodies would dry up and cease to function, but it might take a while. As one of the most versatile species throughout pop culture it’s fair to say that if the universe were to end tomorrow, the xenomorphs would stand just as good of a chance as cockroaches of being the last living things on any world.