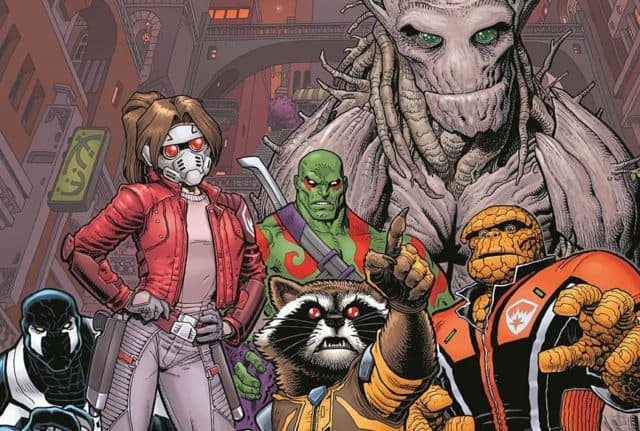 I’ve been called many things in my life, but “snobby,” thankfully, doesn’t number among them.  I’m not going to argue that “you have to read the book first” or that “comic books aren’t real literature.”  I don’t think that I’d be writing for a website called TVOvermind if that was the case.

I’m basically the artistic equivalent of a hippy.  I argued with college professors that “Stephen King is art” and the literary merits of comic books.  And although I graduated with a degree in English, movies have always been my preferred narrative format. 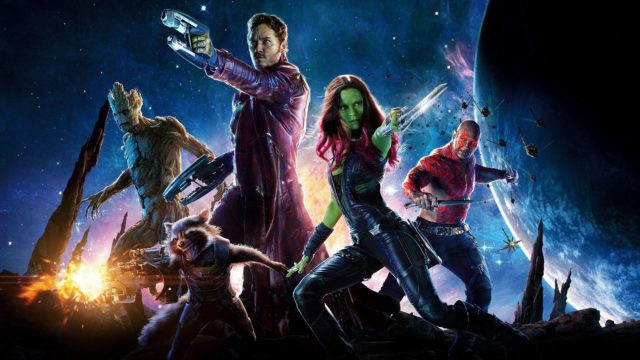 So when it comes to the upcoming Guardians of the Galaxy Vol. 2, my position is pretty clear.  Don’t stress about the comics; go and have a good time; the movie is all that matters.  When I suggest some “required reading” to check out beforehand, understand that I mean it only in the most general terms.  It’s something that I think will enhance the cinematic experience, but is not intrinsically linked to it.

This is especially true in the case of Guardians of the Galaxy.  Although Marvel has always attempted to stay as true to the source material as they possibly can, they’ve taken a more liberal approach when it comes to the cosmic side of their cinematic universe.  I mean, the Marvel movies are weird enough without attempting to decipher the obtuse, comic-perfect backstories of entire teams of characters.  They paint them with broad strokes, cutting out what doesn’t make sense, and move on to the next movie. 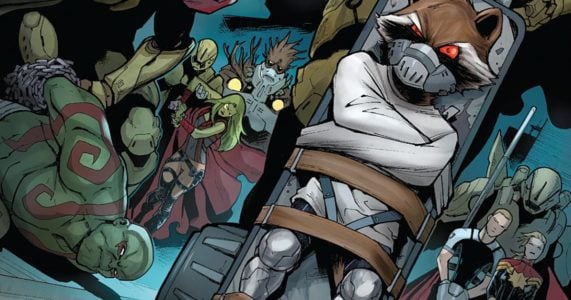 It’s already clear, for instance, that Starhawk — played by Sylvester Stallone in Vol. 2 — is going to be a fairly loose take on the character.  We already know that the team we’re following around in the Marvel Cinematic Universe isn’t the utterly insane version that debuted in the comics in 1969.  They might even be throwing a gay character into the mix just for the Hell of it (personally, I hope it’s Yondu), all in the name of what’s best for the movies specifically.

That doesn’t mean, though, that the comics are all out when it comes to understanding Starlord, Gamora, Drax, Rocket and Groot, however.  To the contrary, the most recent iteration of the team, despite its many differences, might give us some insight into what to expect from the MCU team in Vol 2 and beyond. 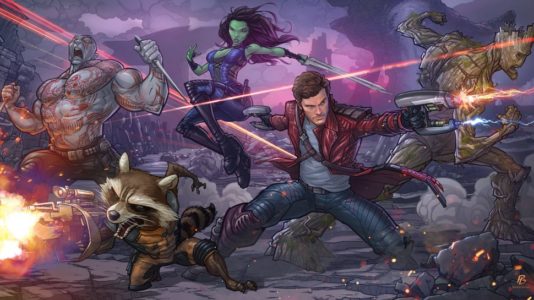 For better or for worse, the modern, Disney-owned Marvel tries to align its comics as closely to the movies as possible.  It just makes good sense, after all.  It provides an easy entry point into the comics for people who were first introduced to these characters on the big screen and lets the company use their publications as testing grounds for future characters and storylines.  So by reading the “All New, All Different” version of the team that hit bookstore shelves in late 2015, we can start to see what plans Marvel might have for them in their future film outings.

And from the version of the team that we start with, those plans might include a major roster shakeup in the not-so-distant future.  The first issue sees the familiar Rocket, Drax and Groot, sure, but pairs them up with Venom (that blank gunk from Spider-Man), Kitty Pryde (Shadowcat from the X-Men) and Ben Grimm (The Thing from The Fantastic Four).  Starlord, who’s actually engaged to Kitty, has been appointed king of the planet Spartax and Gamora flew off in a tizzy because of it.  Over the following nine issues, the team not only brings back Starlord and Gamora, but adds Angela (from Thor) as well. 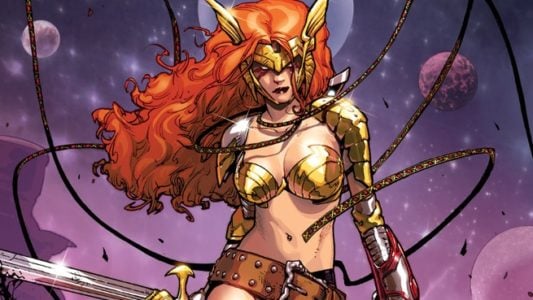 The story involves a healthy amount of deception and intrigue, with two alien nemeses — Annihilus and the Brood Queen — teaming up to take over the universe by turning Starlord’s people against him and stoking the passions of other would-be conquerors and diabolic avengers.  It sees the rescue of not only Angela from an alien concentration camp, but the entire planet of prisoners freed from subjugation.

The issues are a fun romp, matching the tone and sometimes dysfunctional dynamic of the MCU team.  It has a lot of great moments and makes the strongest case of any I’ve heard for Fox surrendering the Fantastic Four and X-Men film rights back to Marvel (both alien conspirators and two of the more fun team members all presently belong to them). 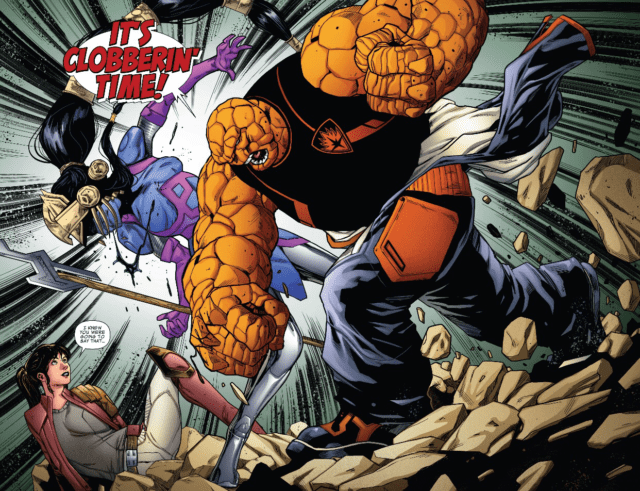 At any rate, it suggests a post-Infinity War version of the team that is radically different from what we might otherwise suspect.  Guardians without Starlord?  Crossover characters joining up with the rest of the team?  Rocket calling the shots???

Check it out for yourself, because all of it works.  Venom makes more sense in the context space than he ever did squaring off against Spider-Man.  The buxom Asgardian Angela is a fun addition to a team already overflowing with colorful characters.  And, if they ever get the characters back, I now know exactly what I want them to do with Shadowcat and Thing.

Give the series a try for yourself.  It’s a fun, light-hearted read that scratches that uniquely Guardians of the Galaxy itch between their big screen appearances.