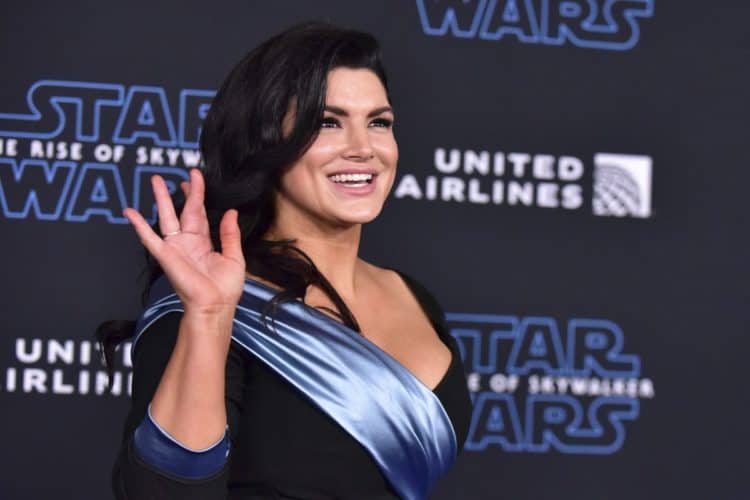 You could say that Gina Carano’s termination from any Disney projects might have derailed her career if she’d accepted that it was a loss that would completely kill off any chances of acting in another project, but the fact is that she’s tougher than that and more determined. There’s no way to tell yet whether or not her career is going to advance beyond that of B-level movies in the years to come, but the fact is that Disney did her dirty. The Mouse House didn’t kill her career entirely, but they certainly did what they could to make it clear that free speech isn’t as free as people might like it to be, and that views they don’t agree with aren’t going to be tolerated whether they’re expressed on company or personal time. Plenty of people might want to argue with this, but another fact is that Disney has allowed personal opinion to get in the way of business, and it’s bound to cause a bit of unrest in their lineup at times since it’s become clear that they’re more about pushing a woke line of thought rather than allowing personal freedom to remain what it is.

Does that mean that people should stop watching Disney? Nope, not even close, since it’s entirely possible to separate personal opinion from business and entertainment. But Gina Carano is going to be fine since the former MMA fighter and current actress has already proven that she has the chops to make this work and that she’s far more determined and ready to get back in front of the camera where she can push one story or another. The idea that she’s with the Daily Wire now is bound to anger many people who have been convinced that the far right, the far left, and everything in between is bound to dictate whether something is good or not. From political to personal views, a lot of people are bound to let themselves be convinced that something is good or bad based on which side they choose to follow.

Entertainment should be removed from politics as much as possible, but personal opinion is one of the many things that keeps dragging that ball and chain along, and while Carano has said that her firing wasn’t political in any way, this is hard to believe. But as many would say, it is what it is. The fact of the matter is that Carano is already getting back in front of the camera and doing her thing, which is great to hear since while she’s not the greatest actress in the world, it does feel that she has the potential to become someone that people will thoroughly enjoy in the years to come as she continues to do what she can to entertain the masses. As far as starring in another Star Wars-type story, and even a John Wick-type story, it’s yet to be seen what she can do and whether or not she’ll channel Cara Dune or another character that she’s used in the past. What’s funny about this is that if she could use the character of Cara Dune it feels easy to think that she might be able to build a story around this character.

But since the character belongs to Disney, that’s another slap in the face that the Mouse House was bound to deliver on the way out. Even worse is the fact that Disney is bound to nix the character entirely or replace her, which would be an insult that Carano’s fans might feel more acutely than she would. At this time it doesn’t feel as though Gina is sweating her removal from Disney. There’s no doubt that it was a heavy blow to her career, but she’s taking it in stride as much as she can, and she’s already planning to get back out there and use her current employers to continue her career. That’s encouraging to her fans to be fair, and it’s a mature response to something that might have driven others to lash out and say whatever they could and possibly make their situation even worse. Gina is doing the right thing in other words, and she’s moving forward in a way that will hopefully see her career hit another high point.

Disney has made it clear that they’ll let anyone go over some of the most trivial nonsense, and that they’re hypocrites when it comes to how they let people go and keep others. Be that as it may, it’s important to not take it personally. After all, the fans didn’t suffer through this, and Gina is already back on her feet and ready to go forward, so harping about it any longer doesn’t serve much of a point. Hopefully, Disney won’t recast Cara Dune, but if they do, oh well. As for Gina, she’s on a new trajectory and appears to be ready to get things moving.