Home
Movies
Action
From Iceman and Maverick to Hangman and Rooster 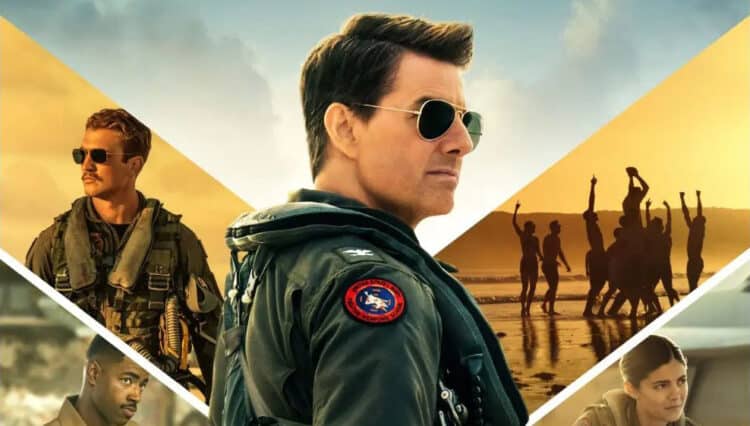 The idea of rivalries in any performance-based activity is very real, but in the Top Gun movies, it’s established as one of the most important plot points that drive the story. In the original, the biggest rivalry was between Iceman and Maverick, but in the sequel, Hangman and Rooster, the son of the ill-fated Goose, are the two alpha males that are vying for the team leader spot. Watching these two on screen it’s more than a little obvious that their rivalry feels a little more contrived than what Kilmer and Cruise came up with. Some would likely argue that it’s the same, but perhaps it has more to do with the era than the actual rivalry. Things tend to feel different from decade to decade, but the truth is that a rivalry is usually the same no matter what period it’s set in. With Iceman and Maverick, it was largely about the former thinking that the latter was being completely irresponsible and way too cavalier with the lives of his fellow pilots. But with Rooster and Hangman, it was this, as well as the fact that Rooster had a huge chip on his shoulder.

Of course, it doesn’t help that Maverick had something to do with that chip, in more than one way. Hangman is more or less the cocky individual that can be seen in just about every elite group throughout the world since he’s very good at what he does, and yet he’s tough to take as a person since he knows how good he is, and he knows that he can lord it over other people. On the other side of the equation is Rooster, who’s angry and ready to prove himself at all times, which is dangerous since he’ll take the risks that no one else will, and yet he’ll still end up being the guy that feels like he’s not doing enough.

The upside of rivalries is that they can, in time, become deep, lasting friendships, as happened with Iceman and Maverick. The thing is that for this to happen, both sides have to realize that they’re bound to be dependable when the other needs them, especially when it comes to a life or death situation. In the first Top Gun, Maverick came to the aid of Iceman, who had been grilling him throughout their time in the program initially, proving that he wasn’t just out for himself. In the sequel, Hangman would eventually make a return to the battlefield to give Maverick and Rooster an assist. thereby making it clear that Rooster and Hangman had gained a great deal of respect for each other. It’s kind of like a cycle that needed to happen, and in a sense, it needed Maverick to make it happen. In all honesty, this sequel was a lot of fun since it didn’t just focus on Maverick entirely, it focused on the lives he’d touched and the passing of an era as the new generation made their mark while the older generation learned how to let go. The fact that Iceman asked the same question, who’s the better pilot, was a great way to joke around with the old rivalry that turned into a friendship.

It’s kind of hopeful that there won’t be a third movie in the works anytime soon, since if there’s anything that might be able to come from this movie in the future, it’s a reboot when Tom Cruise and Val Kilmer are either old men that might enjoy seeing the movie and remembering what it was like, or when they’re gone, and the current actors have been old men. Honestly, Top Gun is a classic story that can be overdone in a big way since the rivalry aspect is such a big part of it that trying to remove it and still keep the same idea afloat just doesn’t work. The fact that the program is for the best of the best kind of makes it impossible to keep the story running without any sense of ego, since the pilots that enter this program aren’t all arrogant, but they all know their own skill level and are fully prepared to lord it over anyone that challenges them.

That’s kind of the point of the program though, apart from the expert flying. Every person in the program, from the pilots to the instructors to the commanding officers, knows that ego is going to be a part of the entire experience. But in real life, ego is likely meant to be checked as much as possible so that the pilots can depend on each other when needed. In the movies, however, the rivalries are a big part of why people make their way to the theater since watching ace pilots compete with each other and learn to trust each other in the air is great drama.