Home
Movies
The Five Most Depressing Movies of the 80s 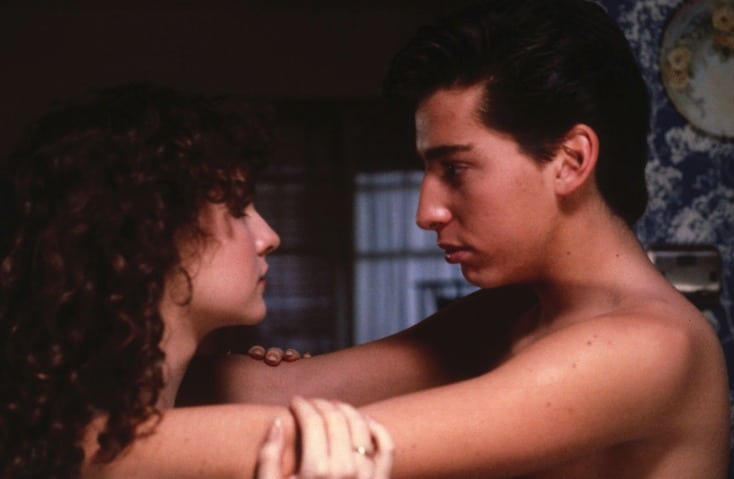 The 80s seemed like a decade that lived to go to extremes when it came to movies. If the films weren’t action-packed then they were highly emotional at times and could downright depressing. Of course there are those films that are depressing simply because their content makes you wonder just how things would have gone after the credits started to roll. Then there were some that just seemed as though depression was in the makeup of their design. Sometimes it’s just a moment or two that sets up the film as a depressing piece grants it the image of being depressing along with something else. But the idea of being a depressing movie is typically that it makes the viewer emotional and kind of melancholy in some way.

Here are some of the most depressing movies of the 80s.

This might come as a surprise largely because there’s a great deal of comedy in the film and it seems like a fun time. But think about it this way, a kid suddenly grows up into a man overnight, literally, and is immediately shunned and even run out of the house by his mother of all people. Then he has to move to New York an attempt to find the machine that somehow forced him to grow up overnight. From the standpoint of a young man in an adult’s body this becomes a terrifying proposition since he has no experience dealing with real life and has no one to help him other than his friend, who can’t stay with him because he’s a kid as well. While the comedy balances it out, the idea that he can’t stay as an adult and keep his family happy and can’t become a kid and keep his girlfriend happy. It’s a tough choice and it only has one happy ending that everyone can agree is a great compromise. But still, it’s depressing to realize that he had to choose.

Life was not a fair choice for Sophie, though it would seem that she did her best to make it work out. In the end however she could no more make the choice to be happy than she could to keep both of her children, it simply wasn’t a choice at all but an inevitability that seemed to loom over her the entire film. How anyone could give up a child is horrific to think about, but why anyone would make someone make that choice in the first place is even worse. Imagine having to stare your child in the eye and condemn them to death, if only because you couldn’t keep them both. The mind quails at such a horrific thing.

It’s fair to say that Aurora is a big part of the marital problems that begin with Emma and Flap. She’s not exactly the shining example of what you would think a grandmother and mother would be, but there is still a bond between her and Emma that is unbreakable. As to her own love life Aurora is the type of woman that keeps everyone at an arms length for her own reasons and can’t seem to come to a solid compromise when it comes to how she decides to deal with people. Ironically enough Garrett does eventually stick around and when Emma passes away from cancer he does start to bond with her children as Aurora is named their guardian.

This is a bit more frightening than depressing but in truth it’s depressing largely because it deals with two people that can’t seem to find happiness without doing something wrong. Unfortunately when it comes down to it she’s a lot more depressed than he is, which is proven from the way she deals with the situation. What’s really depressing about this movie is the fact that it takes him so long to actually fess up to the affair and that he didn’t take action to get it taken care of before it got so out of control.

If you can’t guess what’s depressing about this movie then high school must have been a breeze. It may seem weird that it’s on the list with these other well known movies but hear us out.  Gary is the kind of poor sap that just can’t catch a break when it comes to women. Even when it seems guaranteed that he’s going to finally have sex something happens and he either has no desire for the woman that he’s stuck with or gets run out of the house with his friends before anything can happen. Or he finds out that his womanizing friend has nabbed the girl of his dreams and he has no chance any longer. That’s more than a little depressing, that’s the kind of thing that would send some guys over the deep end.

The 80s were certainly emotional times in the movies.