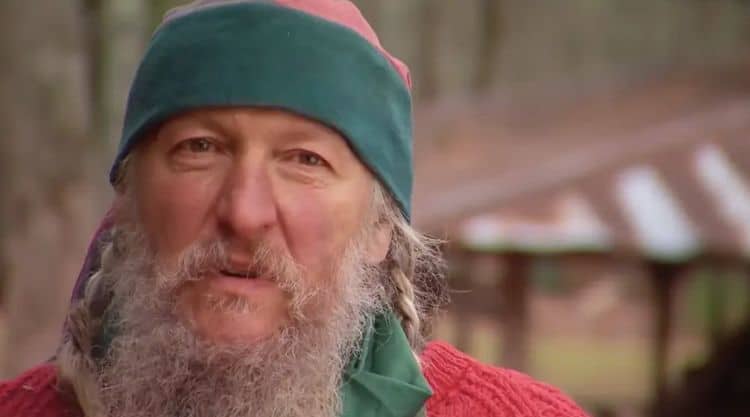 Eustace Conway is the true definition of an outdoors guy. The well-known naturalist rose to prominence in 2012 after becoming the star of the History Channel series, Mountain Men. The show follows Conway as he lives off the land in North Carolina. During the show, Eustace also hosts visitors who come to him to learn different techniques about surviving in nature. If a zombie apocalypse ever does come around, Eustace is definitely the guy you want to have close by. But is there more to this mountain man than what viewers see on the show? You’re about to find out. Keep reading for 10 things you didn’t know about Eustace Conway.

1. He’s Been Living In The Woods Since He Was A Teenager

When it comes to living in the wilderness, Eustace Conway isn’t new to this, he’s true to this. He has always had an affinity for the outdoors and learned how to survive in the woods at an early age. At 12, he spent a week camping and living off the land. When he was 17-years-old, he decided to go live in the woods full-time and spent the next 17 years living in a tipi.

2. His Grandfather Founded A Summer Camp

Being a mountain man is something that runs in Eustace’s blood. His grandfather, C. Walton “Chief” Johnson, founded Camp Sequoyah in 1924. The camp closed in 1978, but those who worked there as counselors and attended as campers still have a strong bond. For over a20 years, Camp Sequoyah alumni have gotten together each year for a reunion. Johnson is also considered one of the fathers of modern camping.

3. He Went Horseback Riding Across America

Although Eustace spends most of his time in the woods, he does venture out from time to time. According to a profile piece on Eustace from GQ Magazine, “In 1995, Eustace and his brother Judson rode their horses across America. They didn’t know if it was possible or even legal to do this…They just ate a big Christmas dinner with their family and then strapped on their guns, mounted their horses, and headed out.”

4. He Has A College Degree

Some people may assume that Eustace is so connected to nature that he doesn’t believe in any of the ‘trappings’ of the modern world, but that isn’t completely the case. After spending a few years studying indigenous people in Guatemala, Eustace returned to the United States in his early 20s and attended Appalachian State University where he studied English and Anthropology.

5. He Doesn’t Fall In Love Easily

Eustace’s love life has been a point of interest for lots of people who have come in contact with him. Due to his unique way of living, many wonder whether or not he plans to settle down. Eustace says that he isn’t the type of person who falls in love easily, but there have been a few women he’s loved over the years. One in particular, he was ready to propose to the day they met. However, he decided not to out of fear of scaring her away.

6. His Spirituality Is Tied To Nature

Eustace isn’t religious in the traditional sense, but that doesn’t mean he doesn’t have a strong sense of spirituality. When asked about his spiritual beliefs, Eustace said, “There are many faces of humanity, many voices and beliefs, and many belief systems that I respect and honor, as long as they are helping to promote good–which is close to the word ‘God’–as long as they are making the world good and enriching our lives. I personally find the greatest source of goodness and God-ness in the gifts of the natural world.”

7. He Wants To Start A Charter School

Living on Turtle Island is a dream come true for Eustace, but there are still a few more things he’s like to accomplish. One of his main goals is to start a charter school on Turtle Island. He also says that he’d like for his land “to be a model that’s replicated in other places. But I’m limited by time and financial resources.”

8. He Gave Elizabeth Gilbert Complete Control Over His Biography

Eustace was initially thrust into the spotlight in 2002 with the release of the book The Last American Man by Elizabeth Gilbert. Although Eustace and his life were the subject of the book, he says the story was completely Elizabeth’s. Before she began writing, the two made an agreement that Eustace wouldn’t “change, edit, or influence any part of the book.”

9. He Thinks Overconsumption Is One Of The World’s Biggest Problems

Most people would agree that there are lots of problems ailing the world today. Eustace Conway believes that overconsumption is the biggest of them all. He says, “We’re fat–not just physically obese, but the blubber of our materialistic lives keeps us from being grounded in reality. It’s also causing the disintegration of our culture. Without contact with the natural world, we’re cut off from our cultural and spiritual roots.”