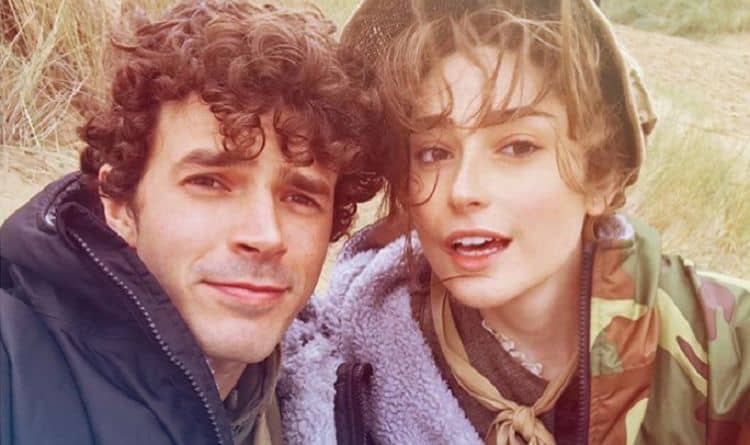 The show “Poldark,” is a huge hit for BBC. They’ve been airing since 2016, and fans came quick and fast into the show. They love it. They love the books, they love the cast, and they loved everything about it. They also loved Ellise Chappell, who plays the role of Morwenna. She was quite good at it, and she made a big name for herself as a result. Of course, all good things must come to an end, and that was after three seasons. It doesn’t matter though, because fans still want to know everything that they can about this young woman, and we are in the middle of making that happen.

She’s still relatively young, though she was born in the 90s. The early 90s, we might add. Her official date of birth is March 21, 1992. She spent a solid eight years growing up in what we like to call the last of the greatest years of childhood. Pre cell phones and social media, if we have to clarify for you.

She was born and raised here. It’s a little community in England, where she grew up. She played here, made friends here, hung out with her family, went to school. She spent her childhood here doing all the things that kids do when they are growing up in a place they find comfortable.

3. Her Parents are Interesting

Her mother is an artist, and we cannot think of anyone more interesting than someone with an artist’s eye. Her father is the man behind a creative agency. Her own brother also took up the arts, which seems to be a very big family trait. He’s a video choreographer.

While it’s not as common in America as it is in other countries, it’s not nearly as uncommon as many of us might assume. Ellise went to an all-girls school growing up. It was called The King’s High School for Girls. She did well in school, and she enjoyed her time learning.

5. She Didn’t Get into the School She Preferred

When she was done with her high school experience, she was hopeful to get into a good school. She applied at the Royal Academy of Dramatic Art, as well as the Guildhall School of Music and Drama. Unfortunately, she was not accepted. Both of her applications were denied, though she made it work without their education and their teachings.

6. She Did Go to College

7. She Has Ample Theater Experience

Before she went home from college, she enrolled herself in a nine-month program all about intensive acting. She then joined the National Youth Theatre in London, and that is where she got her start. She was able to perform many different things, but she also made a name for herself while she was part of the theater. It was her big break.

If you are ever visiting, she feels you need to give yourself ample time. If she had to pick one place for everyone to go and experience while they are there, though, she’d absolutely choose St. Ives. She firmly believes everyone should go there and spend some time.

9. She’s Got a Guilty Pleasure

We all do, so no one can judge another for their own guilty pleasure. Hers is absolutely watching RuPaul’s Drag Race. It’s something she loves to do, and she cannot get enough of it. She is a huge fan of mindless television, and we are so down with that. It’s so enjoyable to not have your mind working so hard all the time. We all need a mindless television break on occasion – between dramatic shows that capture our attention.

She has to have some sort of self-care in her life. She recognizes how important it is in life. She’s also a fan of the simplest care, such as going out and buying herself something she really wants. She loves raspberries, so going out and treating herself to some while also having a picnic outdoors in the sunshine is just a favorite of hers. We love her simplistic approach to self-care, if we might say so.