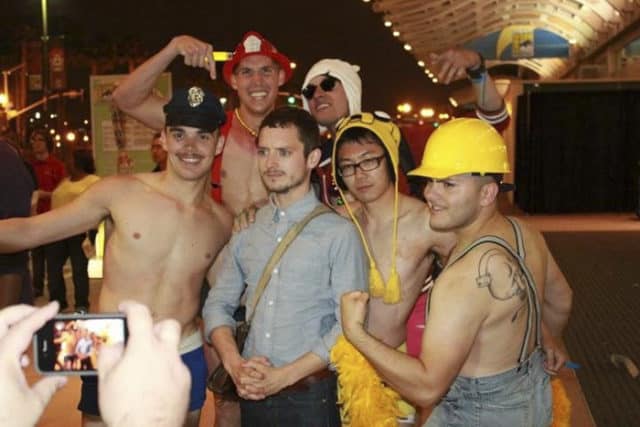 There are some celebrities that don’t mind taking pictures with fans, some that love it, and some that just can’t be bothered for the time it takes. The latter bunch are often those that just don’t like interacting with fans for whatever reason they like to cite, while the former are those that recognize that their fans are the reason why they’re popular at the moment and enjoy the celebrity status that they do. Make no mistake the actors work their butts off to get where they’re at, but without the fans they don’t have much of an audience to show those talents off to. That’s why actors like Elijah Wood are so beloved by fans, because they tend to take the best pictures and will actually take the time to make a fan’s day. 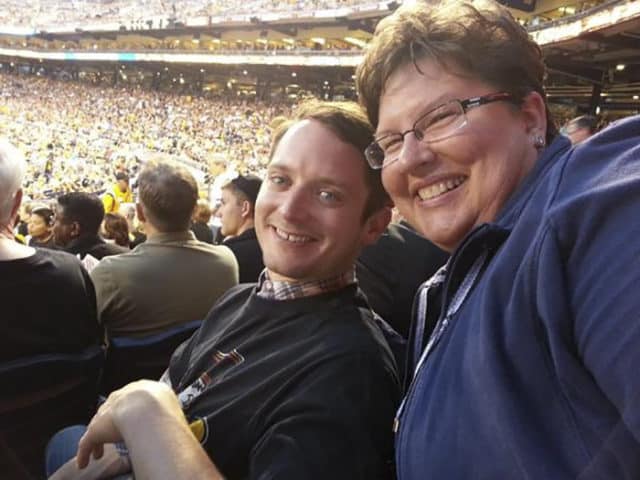 He doesn’t mind smiling for the camera even at public events when he might be out and about trying to get some R&R for himself. Even if it’s a little intrusive it seems that he’ll gladly snap a photo with a fan to make their day. 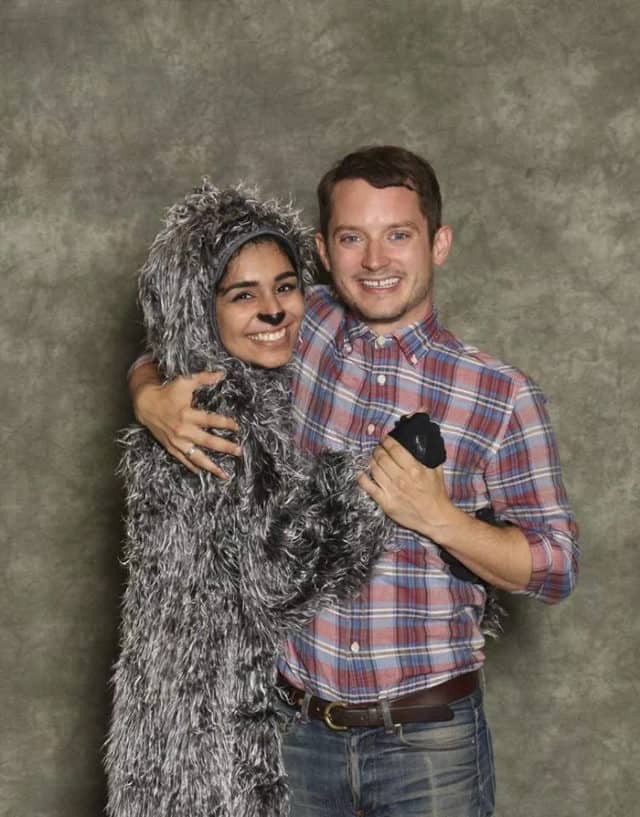 This looks professionally done, perhaps at a convention, and it would appear that he’s not truly enjoying himself but is at least willing to make the effort. Wilfred is a show that he’s been working on for a while now but there’s no telling if it’s his favorite gig or not. 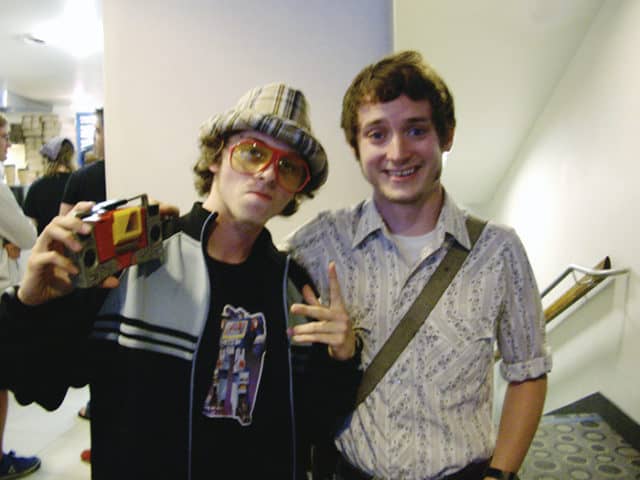 Don’t ask, because I really don’t know what’s up with the guy in the shades holding a toy Transformer. Yep, that’s Blaster from the Transformer line. Judging by the look on his face, despite the smile, it kind of looks like Elijah might not have a clue what’s going on either, but at least he’s rolling with it. 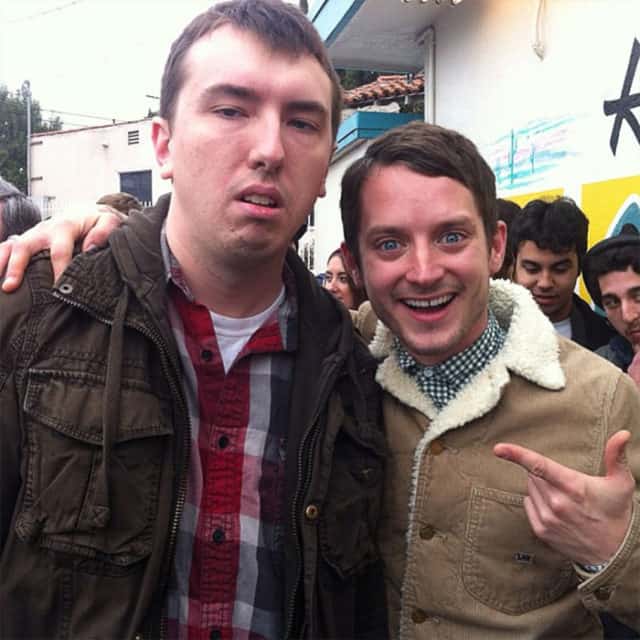 At least Elijah is smiling. Maybe that look on the other guy’s face is what passes for a smile in his category of facial tics. 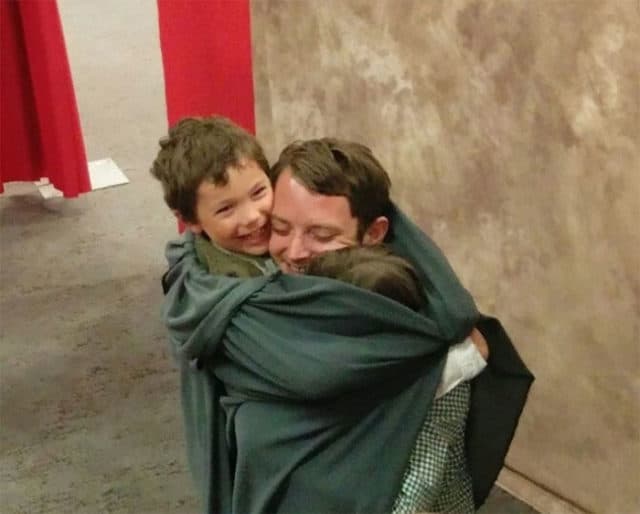 At least it’s all smiles. But what’s going on with the kid that’s completely covered up? 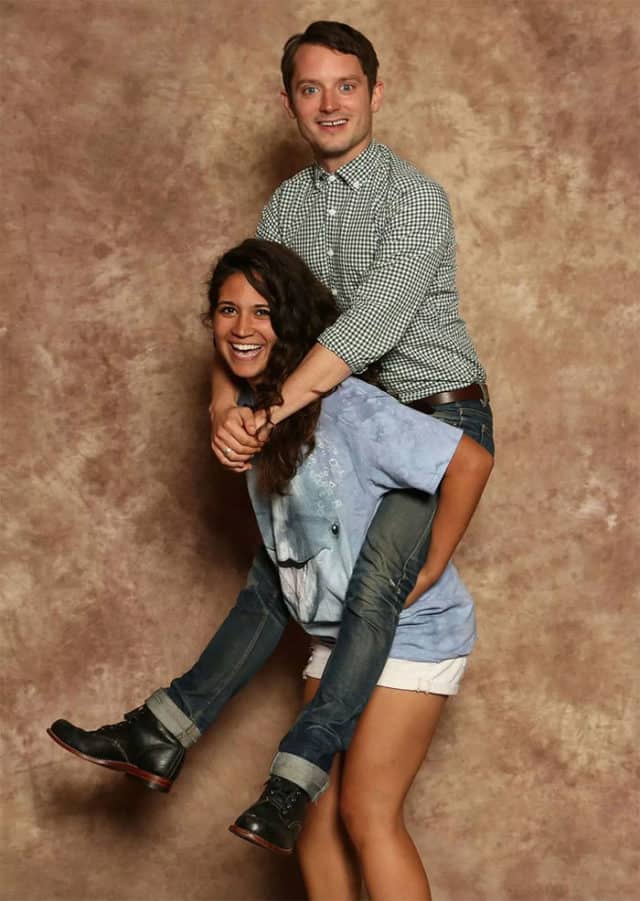 Now we know he’s not the shortest guy in the world but when a woman, or even just another person, can make him seem this small it’s kind of funny. Then it’s definitely worth a smile. 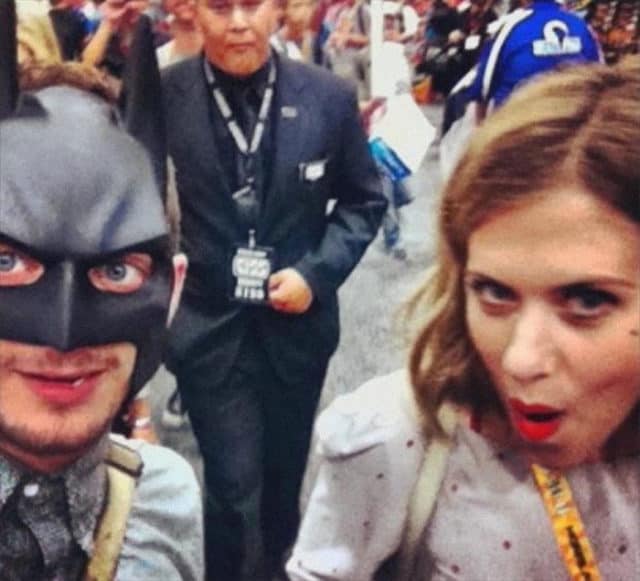 So did anyone know who he was or was this just a fun pic with someone who might have guessed at his identity? 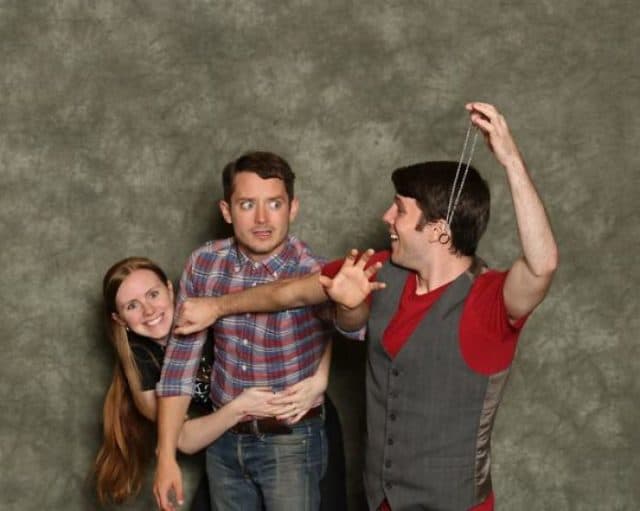 But, but it’s my precious! I wonder how many people have asked him to do this kind of pose before. At least he has the heart to make it look fun. 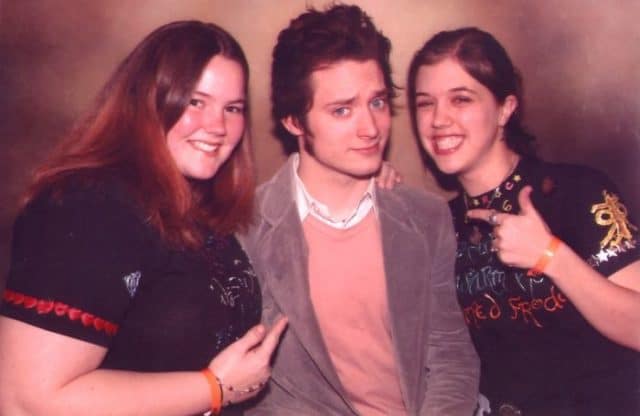 He seems to be a good guy that has a lot of heart and doesn’t mind the fans, which is pretty cool since way too many celebrities seem put out at times when they’re asked for a photo.

To be fair not all celebrities should be expected to just stop and pop a photo with anyone that wants one. Keep in mind that celebrities have lives too and places to be sometimes.