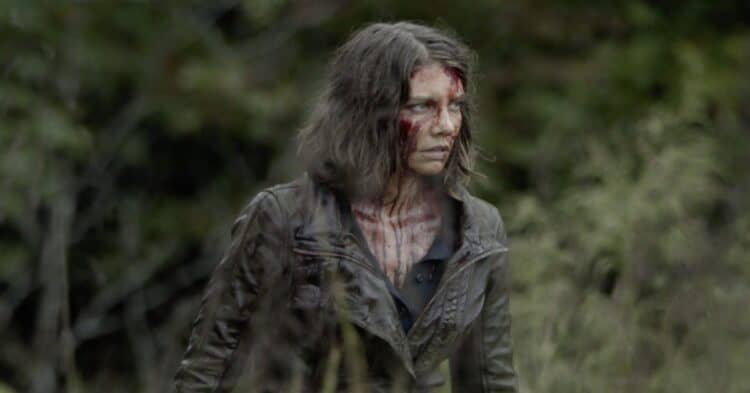 This actually feels like a vital question that needs to be asked since at this time it feels as though a lot of people don’t really care much about The Walking Dead, even if plenty of folks are going to be watching the final episodes to the end. Up to this point it feels as though the show has been stumbling a bit, even as it’s been attempting to push the story forward in a manner that people will follow. For all that however it’s still kind of apparent that the loss of a few key characters is far tougher now than it was in the earlier seasons. Despite adding characters to the story in recent seasons as the tale has moved forward, TWD has still seen far more criticism than praise when it comes to the overall satisfaction of the audience. Some would even dare to state that the dissatisfaction with the series started far earlier in the fourth season, but was offset by the emergence of certain characters and situations as the story progressed. In any case, it does feel that a lot of people are bound to be less than receptive to the final episodes of season 11, no matter what the show is planning.

The Walking Dead’s evolution is significant

One very important thing to note about this show is that it has evolved quite a bit, but it’s also stagnated at times in such a big way that fans couldn’t help but feel that they were being ripped off. Those that have read the comics before watching the show have made it clear just how many changes there were to the original story and how many of those changes impacted the overall aspect of what they were seeing. It’s not tough to say that changing up a story part of the way through the series is kind of tough to deal with since the expectations that a lot of fans came with when watching this show were sloughed off in a very obvious way.

The changes to the story haven’t always benefited the overall tale.

In some cases, it’s necessary to make changes since the story might need an update and it might not be practical to use certain ideas any longer. This show in particular has made many changes throughout the years and has kept characters that should have been long dead by now while killing off characters who were meant to last a while longer. Surprisingly enough it did kill off characters who were meant to die, but either in different ways or such a heart-wrenching manner that it left people shocked to their core, even if they knew the death was coming. Yes, Glen was one of the most brutal deaths in the show’s history, and this was even with the fact that people knew it was coming. The fake-outs before Glen’s death however were able to grind on the nerves in a lot of ways since people had to wonder if the end was coming for one of their favorite characters. Plus, the switches that happened when certain characters were killed and others were spared made a lot of people gasp in surprise as they wondered what could possibly happen next that might create a huge impact on the story.

Did The Walking Dead become stale?

But the rearrangement of the story in so many ways did have an overall effect as it’s been seen in the past few seasons. Even though people have stuck around, they’re just not into it as much and are watching more out of habit than anything. At some point, TWD became stale, untenable, and kind of a shadow of its former self. There are certain elements that people still enjoy, and characters that people haven’t become so tired of that they’ve lost all interest. But the basic story is more or less over and done with in the eyes of many individuals since it appears to have used up all the material it has and needs to be given its final rest. The story might continue forward into the planned movies, but at this time it does feel that the finale isn’t going to generate a lot of interest.

So, what does this mean for the finale?

People are going to watch the finale, don’t get that twisted. Some will watch it just to make sure that there’s no obvious jumping-off point that will allow the show showrunner to yell ‘Surprise!’ and come out with another season that might make people groan. But others will be watching it to see if the show is going to finish on a high note that might give them hope that the movies will be something to anticipate with a great deal of excitement. Any way a person cuts it, the finale to The Walking Dead needs to be convincing enough to keep people interested and keep them hoping for more in one way or another.