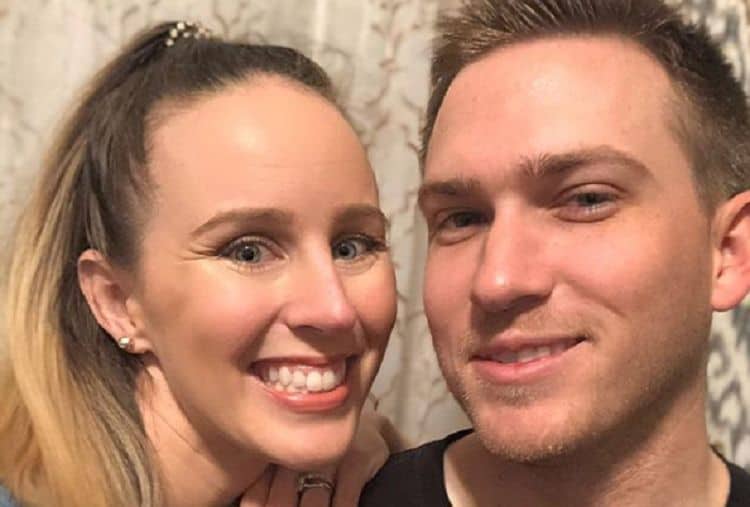 Danielle Dodd became a social media star when she appeared on season seven of the Lifetime series, Married at First Sight. After agreeing to marry her husband, Bobby, the first time they met, the couple embarked on a journey that wasn’t always smooth. Although Danielle was excited about meeting someone to spend the rest of her life with, adjusting to life with a complete stranger definitely had its hiccups. However, despite the bizarre circumstances surrounding the beginning of their relationship, Danielle and Bobby have managed to make it work and they’re currently doing better thane ver. Continue reading for 10 things you didn’t know about Danielle Dodd from Married at First Sight.

1. She Is A HELLP Syndrome Survivor

Pregnancy is typically one of the most exciting times in a woman’s life, but unfortunately, Danielle’s pregnancy was also full of worry. When she went into labor, doctors realized that Danielle had a very rare condition called HELLP Syndrome which can make the birthing process very dangerous. According to Web MD, “HELLP syndrome causes problems with your blood, liver, and blood pressure. If left untreated, these issues can hurt you and your baby.” Fortunately, Danielle was able to deliver her adorable daughter safely.

2. She Loves Working Out

Regular exercise is one of the most important steps to looking and feeling good. Although it’s not always easy to make time to work out, Danielle has made it a priority in her life. She enjoys doing different fitness routines, and often shares what she’s doing with her followers on social media.

Nothing beats the feeling of getting some fresh air, especially after a long and stressful day. This is a feeling that Danielle truly appreciates. She likes to spend time outside, which is also something her husband enjoys. As a family, she, Bobby, and Olivia can often be found going on scenic walks and beautiful views.

4. She Wants People To Know Her Marriage Isn’t One Sided

During her time on Married at First Sight, some viewers began to speculate that her marriage to Bobby was a bit one-sided. Some even suggested they were both in denial about it. However, Danielle wants people to know that isn’t the case. She told Newsweek, “our relationship is not one-sided. While there are days or weeks where one is doing more than the other, both of us pull our weight to make our relationship and daily lives run smooth and strong.”

5. She Doesn’t Let Negative Opinions Bring Her Down

Any time you open your life up to the public, there are going to be lots of opinions. As we all know, those opinions aren’t always positive. However, Danielle doesn’t let what people say about her or her marriage bring her down. She knows that if people could see the full picture of her life and relationship, it would change their perception.

When Danielle and Bobby first got together, her $15,000 debt seemed like a red flag. Not only was she in debt, but she didn’t seem to have good spending habits either. However, she has since revealed that the reason for her debt had nothing to do with her spending. Instead, it was the result of an unexpected medical procedure.

7. She Loves Recommending Products From Amazon

As a new wife and mom, Danielle spends a lot of time buying new items for her household and for her daughter. She loves sharing her finds with her followers and recommending the products she really loves. She has set up a page on Amazon where people can take a look at all of her latest product suggestions.

Danielle may be a Texas girl now, but she’s originally from the Pacific Northwest. She was born and raised in Washington State, but she eventually relocated to the Forth Area where she and Bobby live today. However, it’s unclear whether or not she’s been converted to a Texas sports fan.

9. She’s Done A Lot Of Traveling

Danielle is the adventurous type who loves to get out and see the world. She enjoys traveling and once went backpacking through Europe after college. Unfortunately, it doesn’t look like Danielle gets to travel that often anymore, but hopefully she’ll eventually get back on the road again.

Having a lot of followers on social media has become a great way for people to make money. Danielle has capitalized on her following, which consists of 126,000 people, by becoming a brand ambassador for companies like Fab Fit Fun, Premier Protein, and Smile Love.