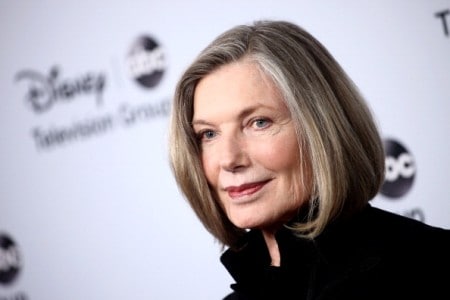 The list of things we do not love about Castle’s mother, Martha (played by Susan Sullivan), would be far shorter; nonexistent, really. She’s that mother we kind of all love to have around the house. She helps out when she’s needed, she gives the wisest and sagest advice, and she’s a dramatic actress. What’s not to love, really? She’s fantastic in a way that would make her kind of a killer mother-in-law, and the mom we all want to have around the house. We love her for so many reasons that breaking it down to just 5 was a bit of work; but we like a challenge, so here you go.

Remember when Martha once told Castle that she might have made plenty of mistakes in her life (and we love that she can admit to that), but that she did a darn good job raising him? Yeah, we all remember that moment and love her for it. Good for Martha for knowing she’s a good mom and not being afraid to admit it.

We all love a mother who is helpful but doesn’t overstep her boundaries too often. We hear so many horror stories about moms and mothers-in-law all up in your personal business that it makes you assume they’re all like that. Castle’s awesome mom is too cool to be too nosy and in your face.

She Has a Sense of Humor

We love a mom who can banter so wickedly with her kids and her grandchildren, and Martha is one of those women. She’s a cool mom, a cool grandmother; it’s not a bad combination, really.

She Addresses Castle by Name

Whatever she might do anywhere else, she is the only person in the entire series to call Castle by his name; Richard. That’s a mother for you. I imagine anyone else doing this would result in a filthy look and a pithy comment from Castle himself.