Home
Movies
Bottom of the Barrel: The 10 Worst Movies of 2016 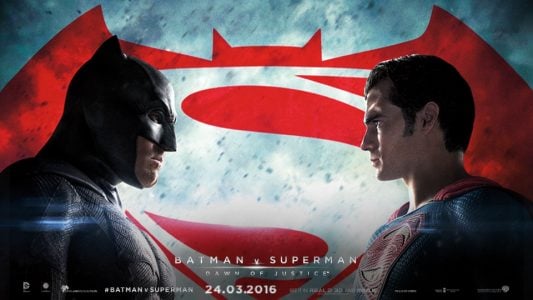 No matter how I try to dress it up, I really can’t bring myself to relish in a list like this.  Every entry is a failure.  Every film is a monument to time, talent and effort that could have been better spent elsewhere.  Every potentially good idea is wasted effort and every movie that I actually wanted to see is two-times as disappointing.

Sure, a list like this is fun to read and, in its own cathartic way, fun to write, but there’s no getting around the fact that every movie here earned its place.  Each one is unreservedly terrible.  And, adding insult to injury, there wasn’t even enough room on it to include the infuriatingly horrible Batman vs Superman. 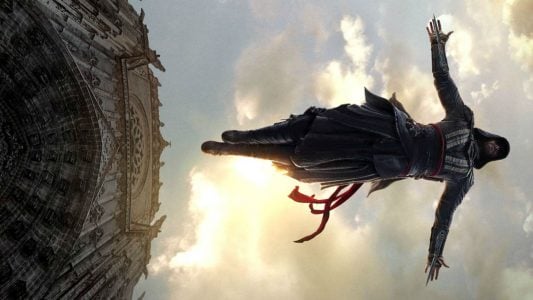 10)  Assassin’s Creed — It’s become popular to talk about how terrible the would-be blockbusters of 2016 were.  And while they were extremely disappointing, most weren’t outright bad.  Warcraft was decent enough action flick when all was said and done.  Despite being a cynical rehash of a thirty-year-old movie, Ghostbusters was one of the funnier movies of the year.  Even Independence Day: Resurgence wasn’t entirely reprehensible.  Assassin’s Creed, however, has fully earned its loathsome reputation.

With the creative talent on display, this should have at least been passable.  Its star-studded cast included Jeremy Irons, Marion Cotillard, Brenden Gleeson and Michael Fassbender — God damned Magneto — who also produced it.  The premise is inventive and fraught with all kinds of cinematic possibilities.  And still it turned out to be as “good” as every other video game adaptation to date. 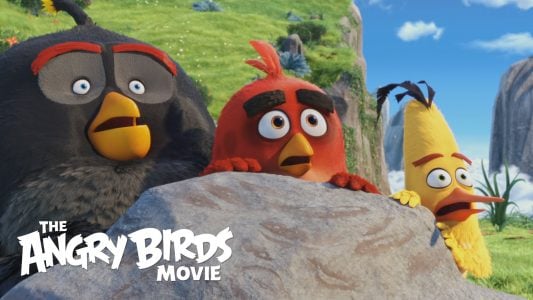 9)  The Angry Birds Movie — I’ve long been a proponent of “good movies can come from anywhere.”  Even the worst idea — the one that seemed like it was always going to be terrible no matter what — can ultimately produce a good movie.  After all, that’s how Trolls became one of the better animated movies in a year bursting at the seams with standout cartoons.

Angry Birds, however, is just as terrible of a movie as it sounds based on the title alone.  Despite some high-end vocal talent and what is easily some of the best computer animation I’ve ever seen, this mobile game adaptation couldn’t rise above the squalor of its origins.  With systemic script troubles that range from protracted subplots and weirdly sexualized kids humor, you’d be better off just sticking to the games.

8)  Suicide Squad — Going into 2016, the debates raged over whether Dawn of Justice or Civil War would be a better movie.  By the end of the year, the discussion shifted to which Bat-centric DC movie was more tolerable.  And although both were reprehensible films, Batman vs Superman was at least more watchable.

Strangely, there’s still a lot to praise about this movie.  The Joker — while a superfluous side-character who had been deceptively drummed up as the film’s antagonist during the movie’s marketing — was a sometimes-interesting take on the iconic Clown Prince of Crime.  The cast was universally excellent, even if they were given next to nothing to work with while on screen.  David Ayer was a perfect choice to direct what should have been a hard-R remake of Batman: Assault on Arkham.  Sadly, studio interference and a nothing script killed any chance this movie had to course-correct the floundering DC Cinematic Universe. 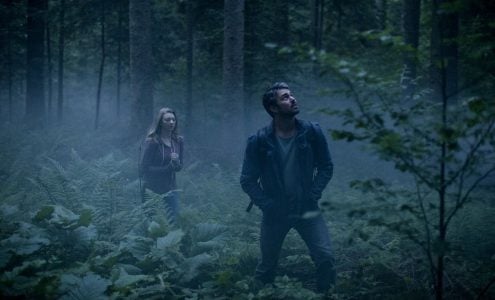 7)  The Forest — I have always been a sucker for a good horror movie.  Turn the lights down, crank the volume up and bravely peek out from behind the safety your trusty blanket.  Even bad ones are at least gruesomely entertaining; how else would I have gotten through every Nightmare on Elm Street?

Despite a solid premise and an interesting setting, The Forest was the vapid retread of The Blair Witch Project that nobody wanted to see.  The few good moments in the film only served to highlight how bland and listless the rest of it was.  That’s without even touching on the problematizing othering of foreign cultures by inserting a whitebread American into the “scary” setting of safe, brightly lit Japan. 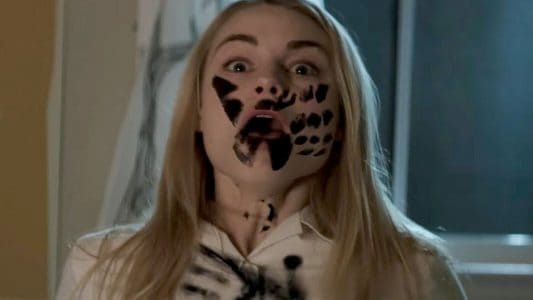 6)  The Darkness — I can see how The Forest was bad.  It had an unknown director and a nothing cast.  The Darkness had Kevin Bacon!  I’m still trying to figure out what he was doing in a movie like this.

The Darkness is the worst kind of horror movie: the kind whose characters and situations don’t hold up to their own internal logic.  The scares were broadcast well in advance and were completely ineffective at scaring anybody.  The characters were sentient plot-points that were whatever the script needed them to be at any given moment.  Not one solitary thing about this abysmal movie worked. 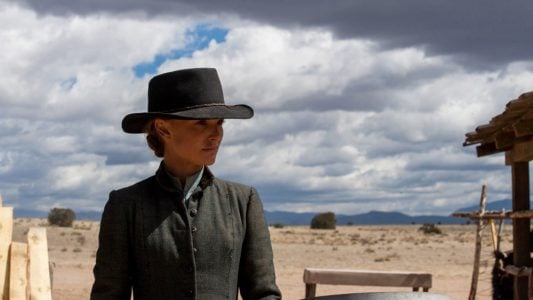 5)  Jane Got a Gun — If you ever get a chance to, check out this movie’s trailer.  It’s fun, exciting and shows off everything that you’d ever want to see in a Western.  Couple that with an exceptional cast that includes Natalie Portman, Ewan McGregor and Joel Edgerton and it should have at least been watchable.

Despite its promising story and proven cast, Jane Got a Gun was the most boring movie I’ve seen from 2016.  Instead of a no-holds-barred western revenge story about a pushed-to-the-brink woman fighting back against hard-nosed cowboys, we got a mopey melodrama about a woman who maligned her fiancÃ© and lost her daughter to a brothel owner.  Drably shot and glumly acted, there’s nothing to recommend here, especially not when it came out the same year as Antoine Fuqua’s Magnificent Seven. 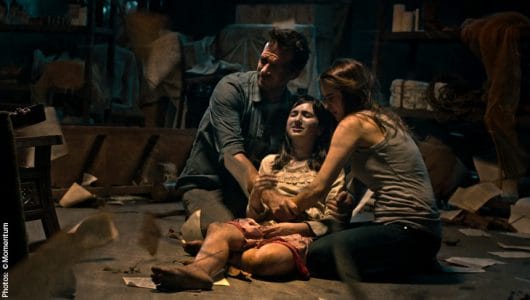 4)  The Offering — It makes sense that horror genre dregs frequent lists like this.  Cheaply produced and often requiring only a single set, they don’t need to make much money to turn a profit: making them safe bets from increasingly cynical, risk-averse film studios.

The Offering is pretty much the perfect embodiment of these “ideals.”  Even a weekend of walk-ins undoubtedly earned back whatever pittance they spent on this movie.  Its tired premise lifts the least successful elements from movies like FearDotCom, proving once again that you just can’t make the internet scarier than it already is. 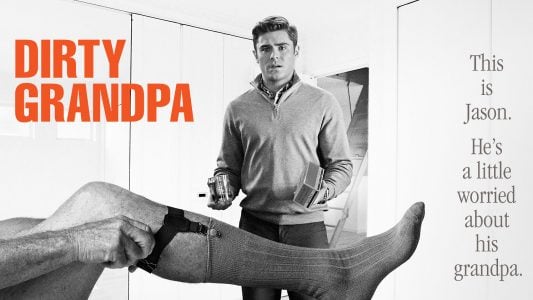 3)  Dirty Grandpa — “Some things you’ll do for money and some you’ll do for fun,” but others you’re forced into over Thanksgiving when the rest of your family wants to watch something funny.  This is the kind of movie that feels almost unfair to put on this list, because it looked terrible from its first trailer and I actively avoided it for the better part of the year.

This monstrously unfunny film wastes acting great Robert DeNiro in the same kind of nothing role that Johnny Noxville did better three years ago.  He’s an old man who smokes, drinks and has sex: and that’s it.  All the highly-publicized celebrity deaths from the last few years serve to remind us how little time great talents like DeNiro has left, and this is the kind of drivel he spends his time on.  I can only hope that his paycheck was worth it.

2)  Cabin Fever — Sometimes I don’t know why I do this to myself.  Cabin Fever was a flash-n-a-pan horror movie that wasn’t really even that good to begin with: a competently directed body horror flick about a flesh-eating virus slowly claiming a group of friends isolated in the woods that far too frequently devolved into out-of-place slapstick.  Neither its prequel nor sequel were any good and this remake didn’t even have the nominal talents that made the first one work.

So if you ever wondered what a shot-for-shot remake of Cabin Fever would look like, only without Eli Roth behind the camera and Rider Strong in front of it, this is pretty much it.  This poorly shot, poorly acted movie, poorly written poorly produced movie is without merit of any kind.  It is the textbook example of a pointless remake existing only to cash in on a fondly remembered property. 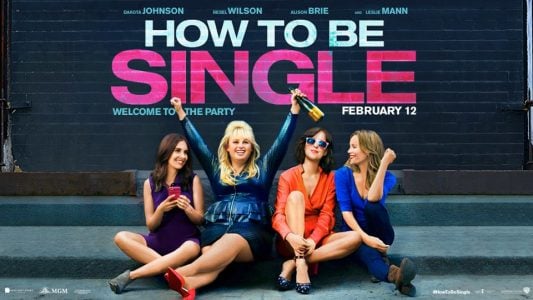 1)  How to Be Single — Sure, there were worse made movies released throughout 2016.  There were less funny comedies, less investing romances and less compelling dramas.  But when I think back over the films  I’ve seen from the last twelve months, none were more infuriating — nor made me scream more loudly at my TV — than How to Be Single.

Penned by the dynamic duo behind Valentine’s Day and The Vow, and with additional work done by the mind responsible for What Happens in Vegas and Couple’s Retreat, this was always going to be a hard sell.  But when you add on the least charismatic movie “star” working today — Fifty Shades of Grey‘s Dakota Johnson — you end up with a production incapable of rising above its meager framework.  Both unfunny and insultingly stupid, How to Be Single is a truly insufferable piece of cinema.