Home
Movies
This is The Avengers: Infinity War Trailer Done As A 90s Cartoon 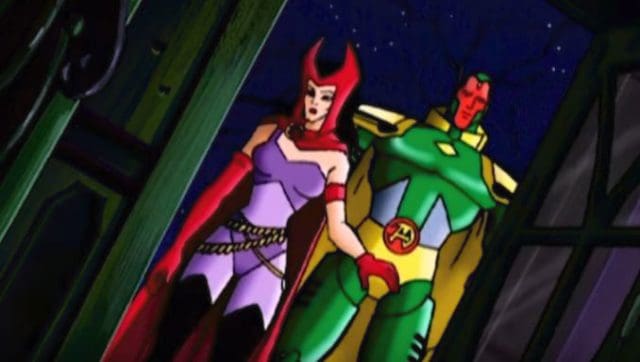 Remember the old 90’s cartoons? Imagine The Avengers trailer being done in this style and think about what it would look like now. Honestly I can’t believe I just said “old 90’s” and meant it. That was after all one of the decades I grew up through and thought everything I heard and saw was bound to have some permanence. But if you look at the shows and movies from that era you get the idea that things were very different and more than a little overdone in regards to superhero costumes. A lot of things have changed since then and a lot of them are for the better I believe.

Thanos hasn’t really changed much since then, in fact he’s one of the few things that has stayed the same in regards to his look and his outfit. The others have changed a good amount since the Avengers all now have a slightly different look and have even changed a bit in regards to their back stories and their skill sets. It’s not a huge, dramatic change that can be easily noticed but there are those that people should be able to pick up on. Iron Man’s armor for one has undergone a huge upgrade and become more of a living suit than it was in the 90’s. The Vision no longer looks like a walking tin can that looks like a man, as he’s been given a far more human look and it looks like actual skin, or something close to it, in this next movie.

The Scarlet Witch thankfully has moved away from her customary costume and gone with something far more contemporary. Come on guys, I know a lot of us as adolescents liked to see her wearing something skin-tight and very revealing, but it’s time to step into the current era and admit that she’s still impressive wearing pants and a less revealing top. Plus, the headdress had to go, since it looks like more of a detriment to her during a battle than anything. The Black Widow hasn’t changed much but then she didn’t need to since her outfit is quite practical as well as tactical. Of course whether she zips up the front of leaves it open is about the most revealing aspect of it, aside from the fact that yes, it is skin-tight as well.

Captain America doesn’t look like he’ll be sporting the helmet this time around, and will be all bearded out as he re-enters the fray, though really the only change to his outfit is that it’s far more sensible and not as flashy. The Black Panther is a lot more impressive since his suit is now more than just a skin-tight (see a trend here?) suit and more of a fully body suit of armor with built-in retractable claws. The Hulk obviously didn’t need much of an upgrade. Let’s face it, he goes bare-chested and wears pants, his skin is his armor and apart from that his strength is his best weapon along with his anger.

Even with the upgrades though Thanos is likely to give the Avengers one heck of a beatdown.