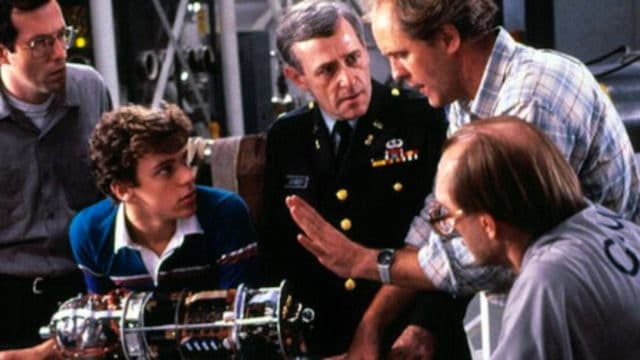 Disarming a bomb in the movies seems so simple. The expert arrives, they survey the scene, and then they take out a knife or a pair of snips and they deftly cut the right wires. And of course they cut the right ones, but only after taking enough time for the clock to wind down to one or two seconds for dramatic effect. Because if they left too much time on the clock then it would mean that they were simply too efficient and weren’t messing around. But in real life disarming a bomb is no joke and it’s not something to be trifled with. The magnitude of some of the bombs is enough to believe that people wouldn’t be standing around going “whoah” when all was said and done. The bombs that level buildings especially would leave a lot of people nearby on their butts or at least with their ears ringing from the blast and the concussive wave that tends to roll forth from some explosions.

With that being said here are some of the better scenes of bombs being disarmed.

If you’re going to bring a bomb into space it’d be nice to know that there’s such a thing as secondary protocol just in case things go wrong and you can’t find a way to drop the bomb down a hole and set it off on your way out. You know, the part about where they’d just push a button from earth and the signal would kill everyone and possibly still doom the world to a fiery death. That kind of stuff.

There are a couple of cool disarming scenes in this film. One of them comes when Jeff Bridges is so casually taking care of a bomb that’s been set to kill one of his teammates, a cunning little trap in a set of headphones that could have killed the man rather messily. The other is in his wife’s car, which he disarms almost too easily, insuring a happy ending.

Something tells me that if assistant in this scene hadn’t quit he might have found his walking papers on the desk the next day. Picking up anything out of an unmarked box and playing with it in this line of work seems like the mother of all bad ideas. In any case Nic Cage is able to disarm the bomb and save the day, no thanks to his bumbling assistant.

This would be an exercise in patience and a big trick shot when it comes to disarming a bomb. Not only is the guy that’s supposed to be doing the job laid up and strapped down to a board to keep from aggravating his injury, but the guy doing the actual cutting has shaky hands and a bad case of nerves. I think I’d be glad to be one of the other soldiers that’s well away from this part of the job.

I can’t help but agree with the realism of this scene even if it goes way beyond realism by disregarding procedure. Of course if you see a car trunk packed with enough explosives to take you out in full gear and also take the next few blocks down as collateral damage then it might be nice to be comfortable just in case something happens.

In real life bombs are no joke, but in the movies they’re starting to get better about reflecting that.