Home
Entertainment
The Rise and Fall of Craig Kilborn 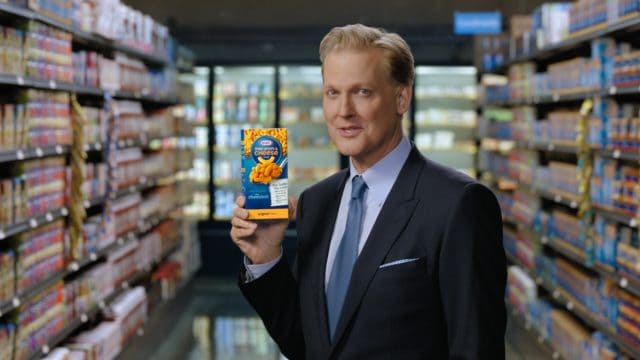 Some actors stick around for a while despite needing to wind down and let their brand relax so as not to become overdone, while others will leave before their star ever really rises. Some people however will leave for reasons unknown after experiencing both ups and downs in their career. It’s a bit confusing to think of really, but Craig Kilborn was at one time a very popular if somewhat arrogant character on screen that many people seemed to relate to. His comedic side was entertaining and his genuine style was enough to gain him a healthy number of fans. But then, for some reason, his career just went down the tubes and eventually he left Hollywood for good.

After doing several small jobs as a local sports anchor he went on to ESPN to anchor for three years. He went back for a special edition in 2004, but after his initial stint he went on to host The Daily Show until 1998. Eventually John Stewart would replace him as anchor, but Kilborn did manage to make it back for a special appearance when John Stewart retired. After The Daily Show, Kilborn went on to host The Late Late Show up until 2004 when he chose not to renew his contract. He was replaced by Craig Ferguson the next year.

Some people might leave because of family, medical reasons, or because they just feel that their career is over in some way. Kilborn said in an interview the Los Angeles Times that he didn’t leave for any particular reason except that he wanted to. He felt that he’d done what he’d come to do and at that point in his career nothing had seemed to be especially interesting. Eventually he came back with an idea for a show called The Kilborn File, but after a six-week showing it was cancelled and Kilborn simply bowed out of Hollywood altogether save for cameos now and again.

Those closest to Kilborn have been interviewed and claim that the actor/host hit the ground running in most of his projects but would usually become bored rather quickly if things didn’t progress the way he wanted or in a more dynamic fashion. Kilborn tended to want things to move along like well-oiled machine and didn’t respond well to things that didn’t go his way, which seems to indicate that if he didn’t find something entertaining he wasn’t all that in to it. While this is understandable it also seems to indicate that he wasn’t always an agreeable person on set.

Kilborn has had roles in recent years, but none of them has been particularly memorable or in any way worthy of his actual talents. Many believe he should have never left The Daily Show or ESPN, but as it’s already been explained he didn’t care for the direction that the writers wished to go. The Late Late Show was perhaps one of the reasons why he became disillusioned with the Hollywood experience, as the writing staff was often blamed for the shortcomings of the show and the lackluster way that Kilborn reacted.

There’s no doubt that Craig Kilborn could have gone a great deal further than he did, but between his attitude and the lack of success that his later endeavors had, it’s not too surprising that few people have heard from him in the past several years. Not many actors willingly take themselves out of the business for anything less than a solid reason, but Kilborn seems to have bowed out simply because he couldn’t hang with the direction his career was going.