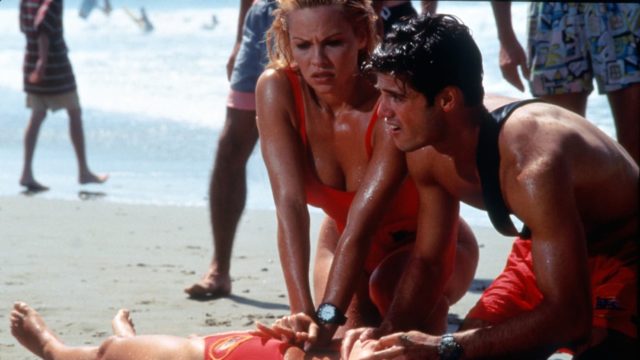 As much as we love to watch medical-themed shows, it’s always funny to watch them try to portray realistic CPR situations on camera. We can’t ever hold it against any of the actors or the production team because as it turns out, it’s practically impossible to correctly do CPR on camera. And as we get into why that’s so and why movies and TV shows always have to exhibit improper CPR techniques, let’s talk about how Hollywood actually does CPR first.

We’ve seen all sorts of it: scenes from Grey’s Anatomy, where a surgical resident is riding a patient on a gurney, both her arms stretched and pointed to the chest of the patient, screaming for medications and tests yet barely moving at all. During a real CPR situation, anyone performing CPR will be in full pushing motion. This means that the upper body will be moving up and down according to the movements of the arms. It’s rather pretty obvious and when you spot someone on screen supposedly performing CPR but not moving much, you know they’re doing it wrong.

This leads us to the next wrong thing. CPR is more than just pushing on someone’s chest. It involves a process that begins with a quick assessment of a patient’s current situation. It involves checking for breathing, checking for pulse, tilting the head to look for any obstructions, announcing and letting the patient know you will be performing CPR, and so on. It may also involves providing the patient with artificial ventilation by mouth-to-mouth or a device. It’s not always about pounding on someone’s chest, even though the most important focus is on chest compressions.

Lastly, it’s all about the chest compressions themselves. We may see actors performing subpar CPR when they take their time pounding on chests or just gently doing it amidst tears or screaming. In reality, you’ll need to put in at least 100 to 120 compressions each minute in order to perform CPR correctly. That’s fast and extremely taxing on anyone. That’s why medical professionals sometimes have to rotate in order to keep the rate going. Of course, this rate is for CPR on adults. It’s completely different for children. Aside from having to go at that rate, chest compressions need to go anywhere from 5 cm to 6 cm deep into the chest. You’ll actually have to put enough pressure to do this, and believe us when we say that you’ll be putting in all of your upper body strength in order to do that at the rate of 100 compressions per minute.

So the main reason why Hollywood doesn’t portray this correctly is not because it’s difficult to do. It is hard, but anyone can perform CPR properly with the correct training. Oddly enough there was one show on television that got it right:Â  Baywatch.Â  No, seriously. The problem with proper CPR is that it’s actually pretty dangerous for someone who is not in distress. Proper chest compressions can actually cause broken or bruised ribs or sternum. It can also be quite painful. You won’t know it if you’re unconscious, but for someone who is just acting, it’s really not something necessary to go through. This is why movies and TV shows always play CPR wrong; if they did, they’ll probably have to deal with hurt actors and tons of lawsuits.

16 Funniest Moments from The League Season 6

Karen Is Unintentionally The Funniest Movie Of 2021