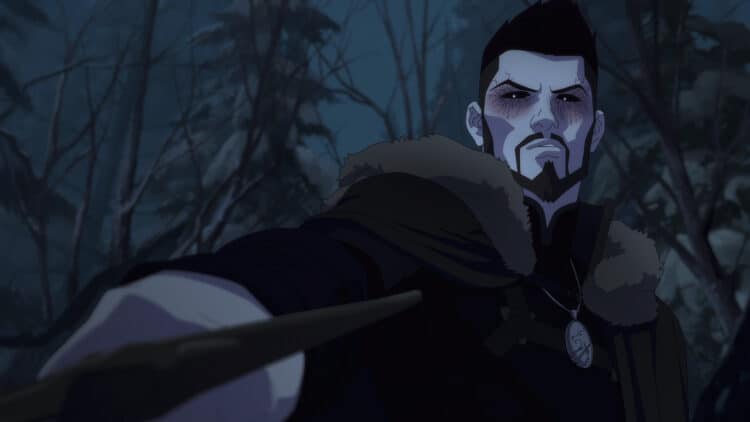 There were bound to be a few scenes in this movie that people would recognize and enjoy since Vesemir is by all accounts one of the greatest Witchers in the history of the group and there’s a reason why. What this movie manages to do however is show things that the live-action show hasn’t bothered to delve into, at least not with the kind of deep-dive that this story decided to execute. The life of a Witcher has been stated as being tough, unbearably so in fact, and Nightmare of the Wolf makes that abundantly clear. From the recruitment of orphans to bolster their ranks to the more devious methods that the Witchers utilize in this movie, it becomes far more difficult to see the mutated fighters as the good guys since, despite their job to rid the lands of monsters, how this is done becomes a bit of an issue as one follows Vesimir about and sees how people tend to regard him. In the eyes of many, Witchers are essentially scum that prey off of the people by charging exorbitant fees to rid the land of threats that regular folks apparently can’t handle.

It does help that Vesimir’s past is shown throughout the movie, as this gives the viewer a chance to understand how Vesimir came to be the man that he is, and why he decided to run from his station as a boy. When one is regarded as little more than a useless commodity it does feel as though it might be easier to leave everything behind. The only person keeping him back would have been Illyana, his childhood friend who almost pleaded with him to accept the world to which they’d been born. But as one could easily guess, Vesimir wasn’t about to let this world keep him down, and was ready to go the moment that the Witcher, Deglan, entered his world with promises of riches.

Gaining a better understanding of the process required to become a Witcher is a bit horrific since nothing is hidden as it’s shown how young boys are tossed into the swamps to find a way to survive creatures that show no mercy and have no compassion for the young. When most of those that have been brought to Kaer Morhen are killed during training, Vesimir becomes one of the last young men standing, and after going through the pain and uncertainty brought on by the potions and techniques, his life becomes one more battle as he does his best to make a living. To be fair, Vesimir does better than most, but when Tetra Gilcrest, a mage that is intent on ridding the land of Vesimir’s kind, begins to make trouble for him, Vesimir and the other Witchers have to stand their ground at Kaer Morhen, where Tetra summons forth real monstrosities to attack the keep and kill Vesimir’s comrades. Unfortunately, while it’s easy enough to root for the Witchers, it’s also easy to think that those at the top, such as Deglan and the mages within the keep, have been creating monsters in the laboratories to keep the Witchers employed and capable of eliminating one threat or another.

Causing the problem so that one can solve the problem is beyond shady, to say the least, even if the general thought is to keep oneself busy. The keep is nearly destroyed when the monstrous creatures that Tetra summons are allowed to run loose, but it’s fair to say that the Witchers shed their fair share of blood and take their pound of flesh and all that. By the end, however, when all is done and the enemies are finally shown the error in their thinking, Vesimir is left with several recruits that managed to escape the keep and finds that he and these boys are all that is left of his order. As one might have expected though, Vesimir reveals that Geralt is among them, and the training the boys are to endure following that period will be just as intense as it ever was. When looking back at this movie it does feel as though a live-action version wouldn’t have come off quite as well but then comparing animation to live-action usually earns this type of reaction.

The story is fairly well told and the overall effect is great since it delves deeper into the life of a Witcher that a lot of people were looking forward to. The sheer brutality of this tale however does feel as though it would garner several comments if seen in live-action, no matter that people know the story of the Witcher at this point, and shouldn’t be too surprised that their lives are a constant endurance trial from the moment they set foot in the castle. It goes a long way toward explaining why Geralt is the way he is. 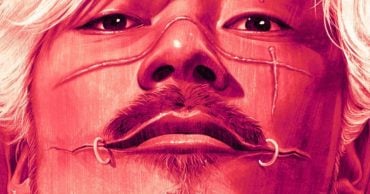 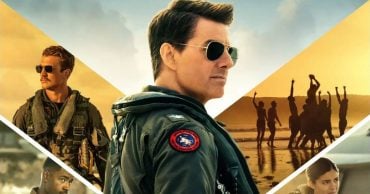 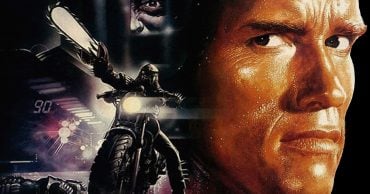 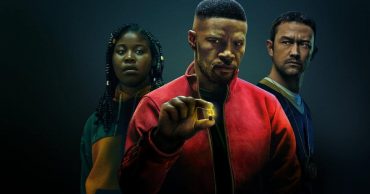 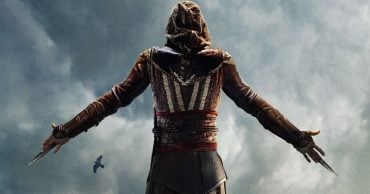 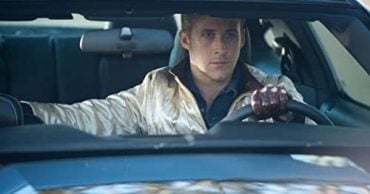