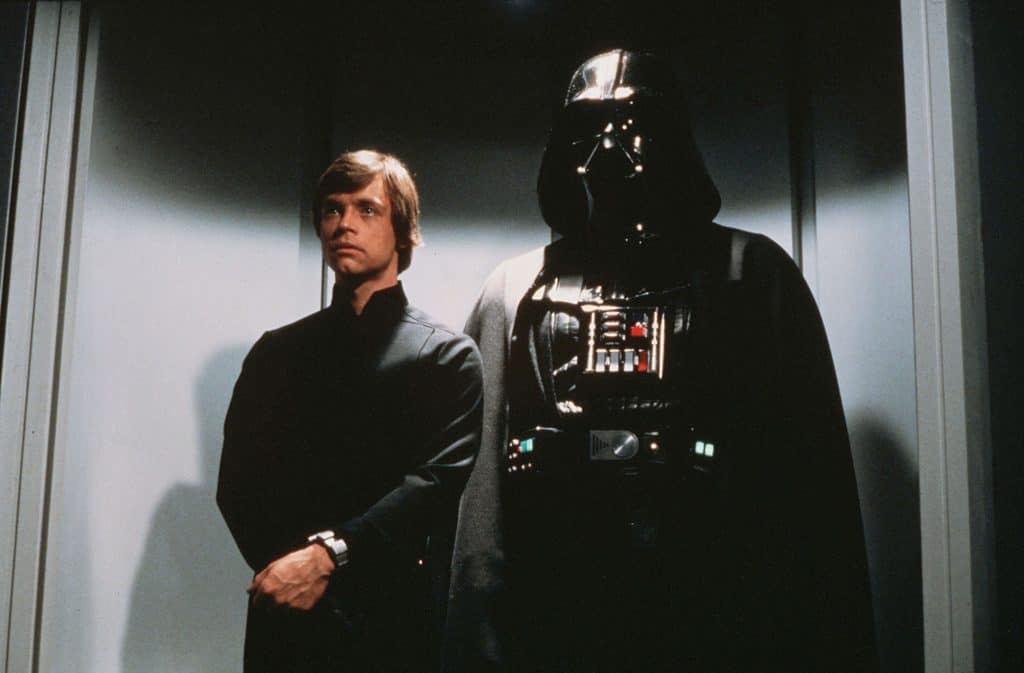 Daddy and mommy issues are nothing new in the movies since they offer up a very convincing conflict that a lot of people can’t help but feel and even sympathize with. Sometimes they go a little over the top, but that’s to be kind of expected since Hollywood tends more toward overkill since anything to get the attention of the fans and keep it is bound to be seen as worthwhile. Of course, these issues often tend to give the story a bit more oomph, something that can bolster the storyline in a way that might be lacking if it wasn’t there to begin with. In some ways, the idea of having daddy issues in a story makes it even more iconic, and in others, it can make characters lean heavily in one direction or the other, but there’s always a good chance that it will add something that might have been disastrous to leave out.

Here are ten movies that dealt with massive daddy issues.

It’s disgusting to think of why Selena would have massive daddy issues, but the worst part is that she blocked out the abuse that she suffered at the hands of her father, and actually held onto the good times. That’s not surprising really since the mind is designed to protect us from serious trauma, but it’s also obvious that Selena became a seriously bitter person as she grew up, and it wasn’t all her mother’s fault.

It’s easy to feel sorry for Adonis even though he acts like a jerk for a good part of the movie since he didn’t get to know his father given that he wasn’t exactly part of the family when he was born. But living up to the legacy of a father that everyone knew and loved, that would be kind of tough, especially when it comes with massive expectations.

Adam Sandler is usually content to play the role of the man-child, so despite the fact that this movie didn’t get a lot of attention, it was a nice switch. But the fact that his father was working in the shop next to him for so long under the guise of another trusted friend was a twist that one couldn’t help but think was necessary, even if it was kind of messed up.

This would be a rough family visit, especially since no one would believe it since the ability to step back in time and then be catapulted back is something that most people can’t even comprehend. But the fact that Evan had to go back and confront his dad, only for the guy to try and kill him to save the world, that’s a special kind of hell.

How ‘C’ ever developed daddy issues is kind of tough to believe since he had a great father that might have been a little strict at times, even if it was for C’s own good. But his infatuation with Sonny as his surrogate parent and friend was a serious issue that could have messed C’s life up in a big way. The funny thing about that is the fact that Sonny looked out for him quite a bit, and was adamant that C stay out of trouble.

One has to just imagine what each mother looked like when producing a kid with a guy that looks like Rob Schneider. Not to be mean, but yes, the third sister did bear a little more resemblance, while the first two are flat-out gorgeous. But there’s no doubt that they have daddy issues since their father made it clear that he had his own issues that were likely unresolved, leaving at least one of them to seek the attention of older men.

One could say that Randy’s father had the real issue since he was kind of a degenerate gambler that found himself in debt to the wrong people. But there’s no denying that Randy still loved his father, even if his life kind of turned out a bit crappy thanks to his father’s disappearance during the biggest game of his life.

Seriously, Guy didn’t graduate the eighth grade, he didn’t move on with his life, and yet he was one of the most intelligent people in the entire movie. Most adults that have been through college can spell this well. But the truly disturbing thing is that he knew what he wanted to do from such a young age, and he stuck with it no matter what happened.

For someone like Austin Powers to have an issue like this is kind of funny to be honest, just as it was meant to be. His father was actually a pretty cool guy, but he acted more like a friend and peer than a father it sounds like, and this left Austin without an authority figure to look up to, even if his father taught him how to be an international man of mystery and a ladies man.

1. Luke Skywalker – Return of the Jedi

There’s really not enough room on the page to list all of Darth Vader’s atrocities from the time he turned to the dark side to when he finally turned on his master and tossed him into the bowels of the Death Star. But growing up, Luke started to act like his old man, which worried his Uncle Owen and might have taken the same path had a chance meeting with two droids not happened.

Daddy issues can be ridiculous to absolutely devastating, especially in the movies.