Kevin Bigley stars in Amazon Original’s new hit sci-fi comedy Upload where one can choose to be uploaded into a digital afterlife instead of dying. If you haven’t seen the show that… everybody is talking about then you may recognize Kevin from USA Network’s Sirens or the latest Christmas comedy series The Moodys on Fox. Here are ten things you might not know about Kevin Bigley.

1. UPLOAD ISN’T THE FIRST GREG DANIELS PROJECT HE’S BEEN IN

Upload hails from Emmy-Award winning writer Greg Daniels (The Office, Parks and Recreation) and was picked up for a second season within a week of premiering. In the show, Kevin plays Luke Crossly, an upload at Horizen’s gorgeous Lakeview, who desperately wants to be best friends with upload newcomer Nathan Brown (Robbie Amell). But this isn’t the first Greg Daniel’s project Kevin has done.

In 2012, Kevin was cast in NBC’s pilot adaptation of Friday Night Dinner, which Daniels wrote and was set to showrun. The cast included mega comedians Allison Janney and Tony Shalhoub as well as Gil Ozeri and Aya Cash. This pilot was a career-affirming opportunity for Kevin to collaborate with the comedic idol who he’s looked up to since his Simpsons years. It made his role on Upload all the more sweeter, as he was granted the opportunity to finally create a season of television with Daniels.

Kevin showed his passion for writing early on when he wrote the sports section for his university’s paper The DePaulia. He’s also had several short stories published in literary magazines such as Maudlin House and X-Ray Literature. But in 2020, Kevin’s first novel, COMAVILLE, was published by Clash Books and released to the world. The book centers around a character in a coma who is trapped within a city of memory, lodged in the deep recesses of his mind. Reviewers have called the novel “absorbing” and “filled with joy and longing.” Good news! It is currently available on the Clash Books site, as well as Bookshop and Amazon.

Kevin plays the role of Reed Hollingsworth, the fiancÃ© to Alma’s sister Becca, in the rotoscoped Amazon show Undone. The show, created by BoJack Horseman writer Kate Purdy, has been critically acclaimed and renewed for a second season.

The independent supernatural horror flick The Wretched was released to drive-in theaters the same day that Upload premiered in May of 2020. Under unique circumstances, the film has reigned supreme at the box-office as the number one movie in the country.

Kevin met his wife, actor Kate Cobb, while attending DePaul University’s renowned Theatre School. They married in November of 2014 in Chicago and even started their own production company BigCob Productions. You may know Kate from Shameless, Grey’s Anatomy, Scandal, and can catch her starring in the Blumhouse film The Current Occupant for Hulu’s ‘Into the Dark’ series.

6. YOU’VE PROBABLY HEARD HIM BEFORE

In 2013, Kevin was cast in a series by Linda Lamontagne that had yet to air called BoJack Horseman. He had gone into the casting director’s office to read for one of the now famous Charmin Bears, a role he did not get, but was asked by Lamontagne if he could do a Quentin Tarantino impression. Soon, he was cast in the project and became a main-stay, especially early on in the series when the animated show was still building momentum. Kevin did the voices for Tarantino, Cameron Crowe, Jimmy Fallon, Matthew Fox, as well as many others. You can also catch his voice in American Dad and The Angry Birds Movie.

7. HE TOLD HOLLY HUNTER HE HAD A CRUSH ON HER

In 2017, Kevin was cast in the Alan Ball HBO drama Here and Now. Kevin had the opportunity to work closely with Tim Robbins, but he especially enjoyed spending time with the lovable Holly Hunter. He eventually confessed to having a huge crush on the actress when watching Broadcast News as well as Raising Arizona. Their time on-set was then spent fawning over their shared love of the band The Rolling Stones.

8. HE CO-CREATED A SHOW THAT’S CURRENTLY ON AMAZON

One of Kevin’s first jobs when he moved to LA was working as a valet for The Castaway in Burbank. This was the impetus for a series that he wrote and created with Kate Cobb and Ryan Collins titled Parked. The series is six, ten minute episodes that premiered on Amazon Prime Video in 2018. Kevin acted, wrote, as well as composed various music for the short series.

9. HE DID THEATRE IN CHICAGO

Graduating from DePaul in 2009, Kevin burst onto the entertainment scene by acting in theater in Chicago. His first role was Henry in Henry V in an Evanston, IL production of Shakespeare in the Park, then he filled the role of George Bailey in American Theatre Company’s radio play It’s a Wonderful Life. He went on to star as Chris Smith in Tracy Letts’ acclaimed Killer Joe, while understudying A Separate Peace at the Tony-Award winning Steppenwolf Theatre.

10. A FAMOUS CHICAGOAN ADVISED HIM TO MOVE TO LA

While still in Chicago, Bigley was cast in his first television role, a Fox pilot presentation entitled Firsts, which was written and directed by Vince Vaughn. Although the pilot wasn’t picked up, Vaughn requested that director Ron Howard cast the young actor in their film The Dilemma, which was also shooting in Chicago at the time. It was on set of the film that Vaughn recommended that Kevin move to Los Angeles to pursue film and television. Kevin recalls his advice being, “1. Don’t compare the cities. Chicago will always win. 2. Your first two years are going to suck, but stick with it.” Both of these, Kevin says, were and are true. 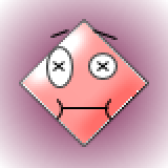 Kelly Wilson is originally from the cornfields of Southern Illinois and has a Bachelor of Fine Arts from DePaul University. Currently based in Los Angeles with her fat, bratty cat Norman J. Peterson, she loves excel documents, chips & salsa, film, and binging every TV show imaginable.