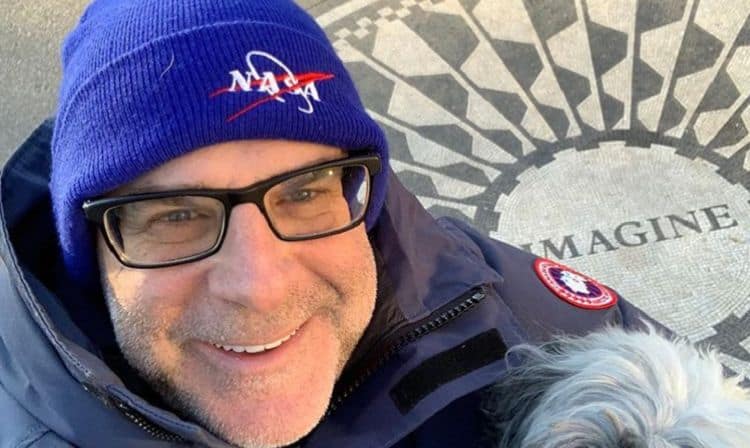 If you’re an avid reader, you’ve probably seen Harlan Coben’s name topping all sorts of best selling book charts. His success has been far reaching and he has been able to capture the attention of readers from many different walks of life. He has released over 10 books since becoming a professional writer and his work is among some of the best-known in recent years. Harlan’s books are best known for their mysterious plots and intriguing characters. His work maintains the perfect amount of creativity and logic. Although many of his characters are often dealing with issues that have resurfaced from their pasts, Harlan is a man who very much lives in the present.  Is Harlan’s real life just as suspenseful as his characters’? Keep reading to find out. Here are 10 things you didn’t know about Harlan Coben.

Earning a spot on The New York Times Bestseller List is one of the greatest honors an author can receive. Harlan Coben is a regular on that list. He’s had 10 consecutive books appear in the number one spot on the infamous bestseller list and there’s no doubt that he’ll have plenty more earn first place throughout his career. His most recent book, Run Away, which was released in 2019, earned the number two spot on the list during its release week.

Harlan Coben is a of New Jersey where he still lives today. Coben credits The Garden State with making him the person he is. He attended high school with Chris Christie who was the governor of New Jersey from 2010 to 2018. During high school both Coben and Christie were a part of their school’s student council. The two have been friends for years and Coben insists that Christie hasn’t let all of his political success change who he is as a person.

3. He Created a New Netflix Series

Even if you’re not familiar with Harlan Coben’s books, you may still know of his work. Coben is the brains behind not one, but two Netflix series: Safe and The Stranger. Both series feature British casts but gained popularity all over the world. Viewers seem to love the mystery and suspense that Harlan brings to all of his work.

4. He Was A Basketball Star

He may not look like much of an athlete now, but Harlan Coben was an impressive basketball player back in his day. Harlan attended Amherst College in Massachusetts where he was part of the men’s basketball team. His spot on the team eventually earned him a place in the New England Basketball Hall of Fame. There’s a good chance Harlan’s experience as a college basketball player contributed to his first major character, Myron Bolitar, who was a former basketball player turned sports agent.

5. His Books Have Been Translated in Over 40 Languages

Any creative person would love to have their work reach people all over the world. Harlan Coben is lucky enough to say that his works have practically traveled across the entire world. In addition to selling millions of copies, Harlan’s books have been translated into over 40 languages. He has also won awards in several countries including the El Premio del Novela Negra RBA in Spain and the CWA/ITV3 Bestseller Dagger in England.

Being a public figure can come with lots of stress. Constantly being bombarded with people’s opinions of you and your work can quickly send you down a rabbit hole. Harlan Coben learned a long time ago that it’s best not to feed in to what people are saying about him. During an interview with Salon, Harlan said, “I don’t read reviews. I don’t read the comments. I’m actually really happy that I get enough Amazon reviews, so I don’t look at them anymore. I get the desire. When I started out, Amazon wasn’t really around, so I didn’t know how badly I was doing or my rankings or any of that. Now there are too many things to follow online. It’s a bad thing. You should just write your book.”

7. His Tenth Book Changed His Life

Harlan Coben has been successful for almost 20 years now, but he didn’t become make it to the top overnight. He says it wasn’t until the release of his tenth book, Tell No One, is the one that changed his life. When the book was released, Harlan was at a point in his career where he could finally look back and appreciate all of the hard work it took to get where he was. His story is proof that it’s important to be persistent when following your dreams.

8. He Discovered His Love for Writing in College

Many of Harlan Coben’s fans probably assume that writing is something he’s loved his entire life. However, that isn’t exactly the case. Harlan didn’t realize he wanted to be a writer until his senior year in college. He didn’t start down the path to his writing career right away though. He worked at his grandfather’s travel agency when he graduated from college. Coben didn’t get his first book deal until he was 26-years-old.

9. He Cries When He Writes

It’s hard to picture a successful writer sitting in front of a computer crying as they type their next bestselling novel, but this image is reality for Harlan Coben. He is so connected to his work that it often makes him emotional. Harlan admitted that he cries “a lot” when he writes although he didn’t explain why. He also admitted that he needs to cry more when he reads, noting that Sally Field’s memoir, In Pieces, brought him to tears.

Harlan isn’t the only successful person in the Coben household. His wife, Anne, is a pediatrician at NewYork-Presbyterian/Columbia hospital. The couple met when they were students at Amherst and now have four kids together. Although Coben’s books are filled with lots of thrilling twists and turns, it seems his life with his wife is peaceful. He might not be able to give all of his characters a happy ending, but at least he’s got one for himself. 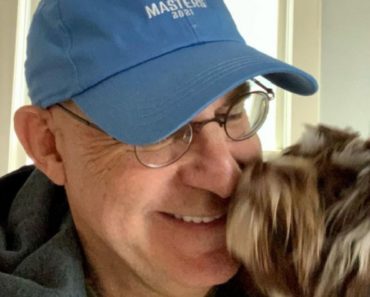