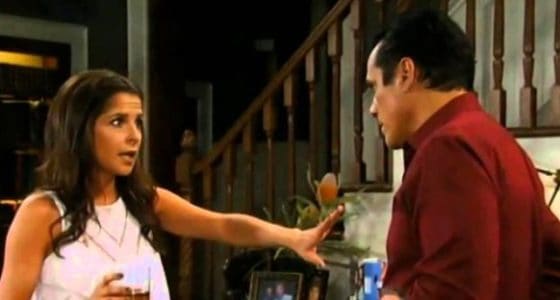 General Hospital fans cannot believe what is happening right now. Garvey shot Sonny when he came to get Spencer, but he was wearing a vest and stayed alive. That’s when Sam showed up. We’ve been talking for a while about her doing something awful, and it’s finally happened. She had a gun of her own. She didn’t shoot him, but she did kick him hard enough to knock him out and then she left him there to die.

Will she realize what she did? Will it occur to her that she’s harmed him and caused things to happen that might not otherwise happen? It’s been an ugly situation, and we cannot help but wonder what is going on with this. She’s delusional, and she’s screamed at him that she won’t allow her husband to help him anymore.

But where is this coming from? We know that Julian — Sam’s father — told her she needs to take care of Sonny. Does Julian know something we don’t know? Does he have an idea of what is affecting her and what is making her crazy, or is there more to this than we are aware of? Does he have an idea that there is something else going on? We aren’t sure what is happening here, but we do know that there is a chance he is going to live through this and Jason is going to be very upset with his wife. And will she ever get the help she so desperately needs right now?